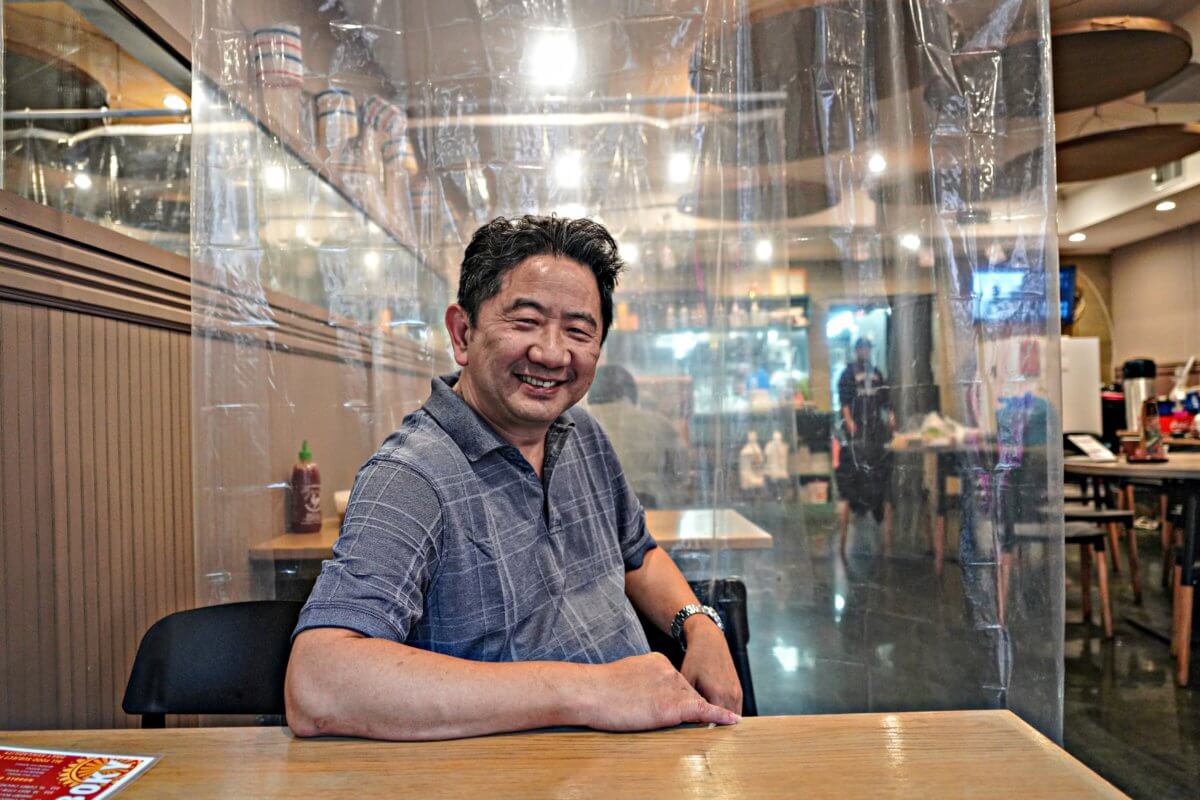 Chi Vy Ngo, the owner of Bo Ky on 94 Baxter St., is a pillar of the Chinatown community, renowned for his leadership, caring nature, and longstanding business.

At first glance his story appears rather simple, he is a husband, a father, and a successful restaurant owner. And his story has been shaped by his tale of emigrating to the United States.

Fleeing South Vietnam as a young boy after the United States napalmed his village during the Vietnam War,  he joined his family in a small fishing vessel in search of a better life. However, being cramped into a small boat with his parents, siblings, and cousins alongside two hundred people, it was clear the voyage would be rife with difficulties from the very beginning.

In order to climb aboard, travelers were forced to pay their way, unless they were crucial to the journey such as a navigator. However, not all was what it seemed. The man the refugees looked upon to get them to their destination safely was a fraud, lying in order to secure free passage for himself and his family.

“We had a phony navigator; everybody was so angry they tried to push him into the ocean. But they gave him mercy,” Ngo told amNewYork Metro.

With no one on board who truly knew the hazards of the water, tides, and rocks, the ship sunk. People fell overboard and even jumped into the sea in hopes of surviving. Unfortunately, many did not, including members of Ngo’s own family. As a young child who had already lost so much, he discovered the true harshness of the world when his brother and cousin were lost to the ocean.

“Only 79 survived. We washed up on the beach in Thailand. When I washed up, I couldn’t stand on the beach because we had been cramped on the boat for four days because we hadn’t had any food or water. Also, the sea motion when you stand on the ground it took over a week to get that feeling to go away. We couldn’t stand up straight, so we had to keep sitting down. But we were the lucky ones who washed up,” NGO said.

In 1979, Ngo and his surviving family members arrived in New York City. Not speaking any English at that time, he says the first few years were difficult, but he credits the Chinatown community for embracing him and offering services to aid with the transition. His parents established themselves by opening a restaurant in 1986.

Over the years the fledging immigrants became valued and respected members of the community focusing on spreading kindness. Ngo remembers that his mother would often feed homeless individuals, learning from this he continued this legacy during renewed times of hardship.

After Hurricane Sandy left Lower Manhattan without power in 2012, Ngo transported a generator from his New Jersey home to his restaurant, allowing anyone in the community to charge their electronic devices while fellow stores were requesting payment for the service.

“I took the generator from the house and set up some outlets for people to charge their phone. It was complimentary, no charge — which I am proud of. Some people charged $5 for half an hour; I think that is ridiculous. They also sold candles and took advantage. I was unhappy to see that. You don’t take advantage in a natural disaster,” Ngo said.

Now, after all of the trials and tribulations he has experienced in the past, he is once again undergoing difficulties. Due to his eatery’s close proximity to the Centre Street courts, Bo Ky restaurant relied on those serving jury duty for business, something the COVID-19 pandemic robbed the storefront of until recently.

The rise in anti-Asian hate crimes and xenophobia have also further halted customers from stopping by his business.

Ngo has dealt with more strife and struggle than many are capable of handling, and yet he has not lost any of his hope for humanity. His business is not his central concern, instead it is the people of Chinatown who welcomed him and his family with open arms decades ago.

It’s the community he has called home that is suffering, and Ngo wants to help in any way possible.