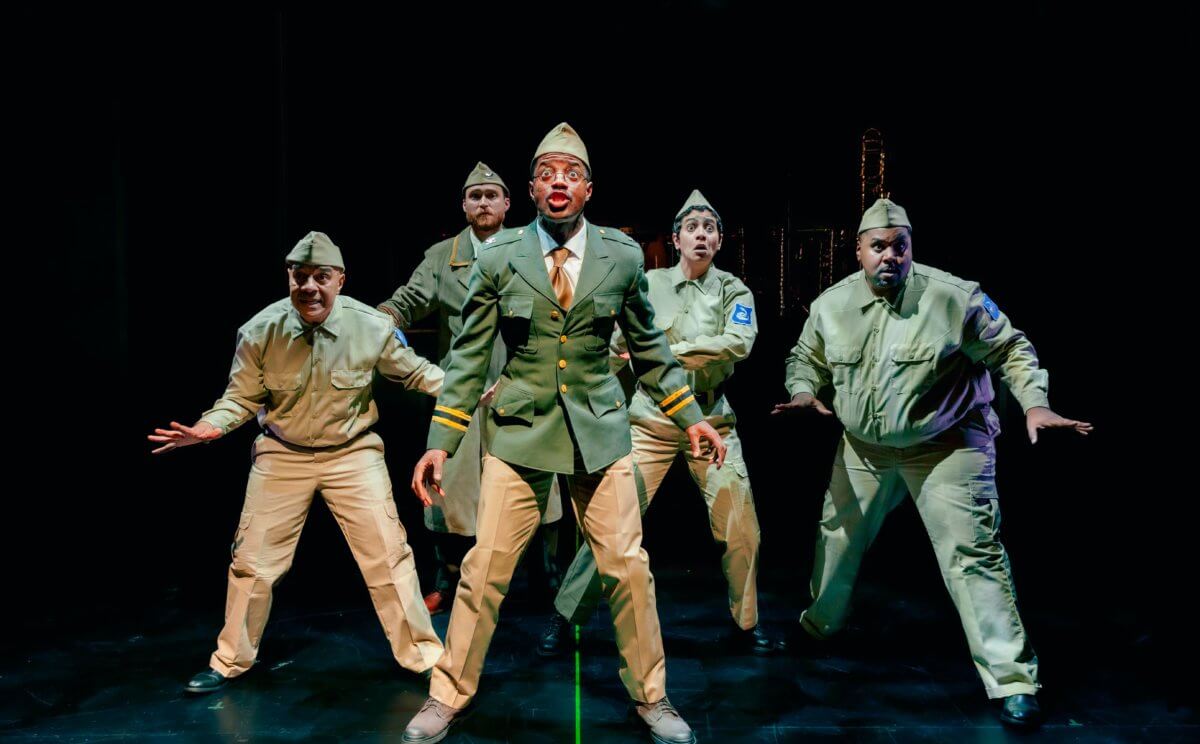 Pregones/Puerto Rican Traveling Theater took the stage with a new staging of “Harlem Hellfighters on a Latin Beat” on West 47th Street with an ensemble cast of 6 actors and a 7-piece live music band.

Pregones/Puerto Rican Traveling Theater (aka Pregones/PRTT) is a multigenerational performing ensemble and multidiscipline arts presenter operating with venues in the South Bronx and Manhattan’s theater district. Its mission is to champion a Puerto Rican/Latinx cultural legacy of universal value through creation and performance of original plays and musicals, exchange and partnership with other  artists of merit, and engagement of diverse audiences.

PRTT kicks off their 2022-23 Mainstage Season with “Harlem Hellfighters on a Latin Beat,” a Latinx musical play created under the leadership of award-winning director and dramaturg Rosalba Rolón along with composer Desmar Guevara telling the inspiring story of valor and musicianship that made the 369th Infantry of the New York Army National Guard the most celebrated regiment of the World War I era. As the U.S. prepares to enter armed struggle, bandleader and conductor James Reese Europe creates an all-Black regimental band of unprecedented caliber. This regimental band has become a point of pride in African American history. However, it is not as known that Lt. Europe recruited 17 of his incredible musician-soldiers in Puerto Rico, among them Rafael Hernández and Rafael Duchesne.

Rolón said of the inspiration for the performance,  “A main source for the dramatic through-line came from the memoirs written by Noble Sissle, who was James Reese Europe’s good friend. It gave me cues for a framing story and two important musical numbers. My expertise is in adaptations, and I believe that a good adaptation has to contribute something new. Lifting the Puerto Rican lives that played such a central role in the Harlem Hellfighters’ regimental band and their history tour of duty and back is that innovation. The new staging is heartful and joyous, abundant with the plural forces and meanings that shape real lives.”