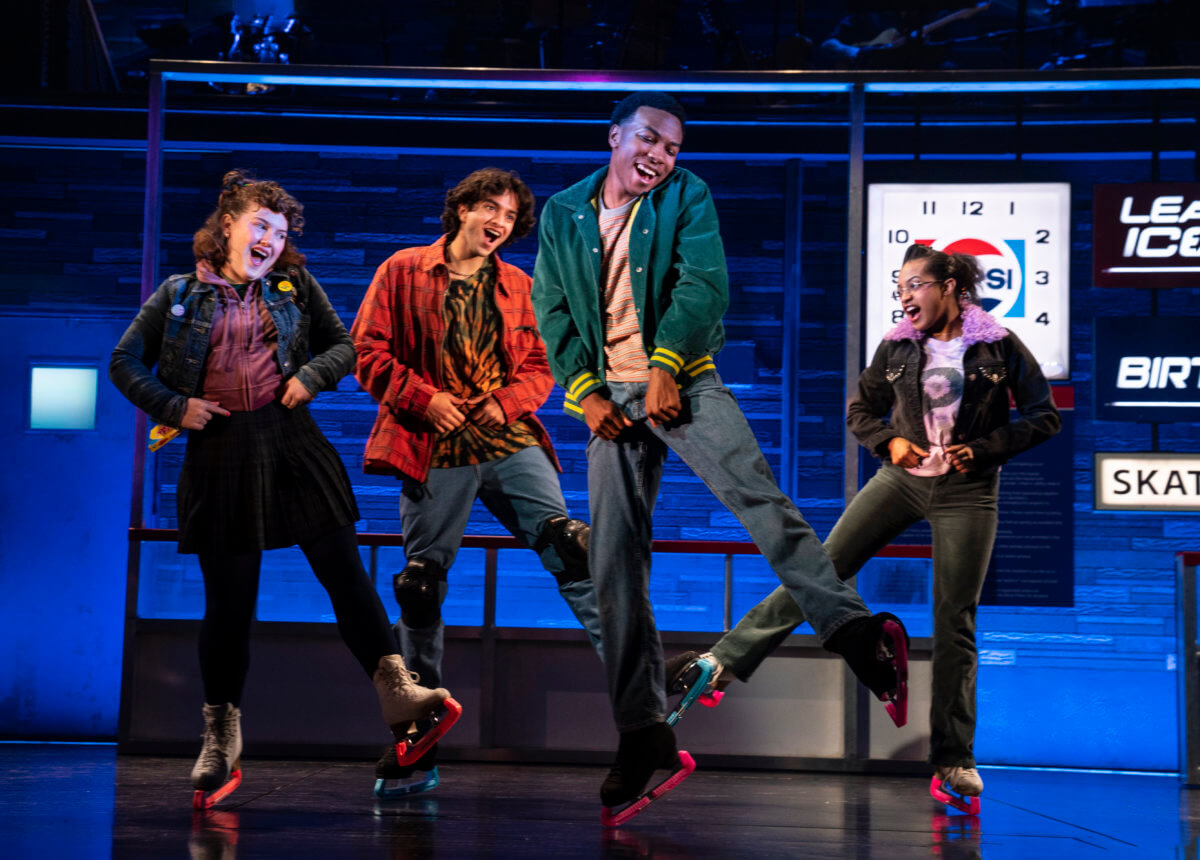 In Francis Ford Coppola’s sappy 1996 film “Jack,” Robin Williams played a 10-year-old boy with the body of a 40-year-old man due to progeria, an extremely rare disease that causes extreme age acceleration. “Jack” was panned upon release and is virtually unwatchable today.

On the other hand, David Lindsay-Abaire’s 2000 dark comedy “Kimberly Akimbo” depicts a 16-year-old girl who has the same medical condition and consequently looks like a 72-year-old woman. More than 20 years later, Lindsay-Abaire (who is best known for the acclaimed dramas “Rabbit Hole” and “Good People”) has teamed up with composer Jeanine Tesori (who previously collaborated with the playwright on “Shrek the Musical”) to turn “Kimberly Akimbo” into an off-kilter, small but mighty musical.

It premiered last December in an intimate Off-Broadway production produced by the Atlantic Theater Company, just as the Omicron variant was creating havoc for the theater industry. When I attended the show around Christmastime, the theater was half empty. Nevertheless, the musical (directed by Jessica Stone and starring Tony winner Victoria Clark as Kimberly) won universal acclaim and instantly became a candidate for a Broadway transfer.

“Kimberly Akimbo” is set in Bergen County, New Jersey circa 1999. (The producers ought to consider creating a drinking game that calls for a shot of alcohol each time a New Jersey town receives a shout-out.) Appropriately, the show’s poster art is a direct takeoff of the rainbow logo for Six Flags Great Adventure that was once ubiquitous in the tristate area. Great Adventure itself is also featured in the show.

The title character’s family includes a looney mother (Alli Mauzey) who is pregnant and just had surgery on both of her hands to treat injuries from menial factory work, an alcoholic, absent-minded, depressed father (Steven Boyer), and an outrageous aunt (Bonnie Milligan) with a habit for cooking up criminal schemes.

At the start of the musical, the family has just moved to a new town following an undisclosed traumatic incident in Lodi. At her new high school, Kimberly makes friends with a sweet, anagram-obsessed young man (Justin Cooley) who also comes from a broken home, and her aunt recruits a quartet of show choir geeks to take part in a check fraud scam.

Clark, who won a Tony in 2005 for “The Light in the Piazza,” has managed to score a second role of a lifetime. Her performance as Kimberly is vulnerable, textured, and totally believable under unbelievable circumstances. Mauzey, Boyer, and Milligan give expert comic performances, while Cooley is disarmingly sincere.

“Kimberly Akimbo” is a feel-good show that acknowledges feelings of heartbreak, nausea, and discord. It brings to mind “Fun Home,” which also has music by Tesori, is based on unlikely source material, and explores an unconventional family and a pained adolescence. It honors the Sondheim dictum of “content dictates form,” creating a work that is well-integrated, fresh, quirky, and heartfelt, but not flashy or over-the-top. The bittersweet ending (driving off into the sunset on a road trip, even as the end is near) is particularly effective and affecting.