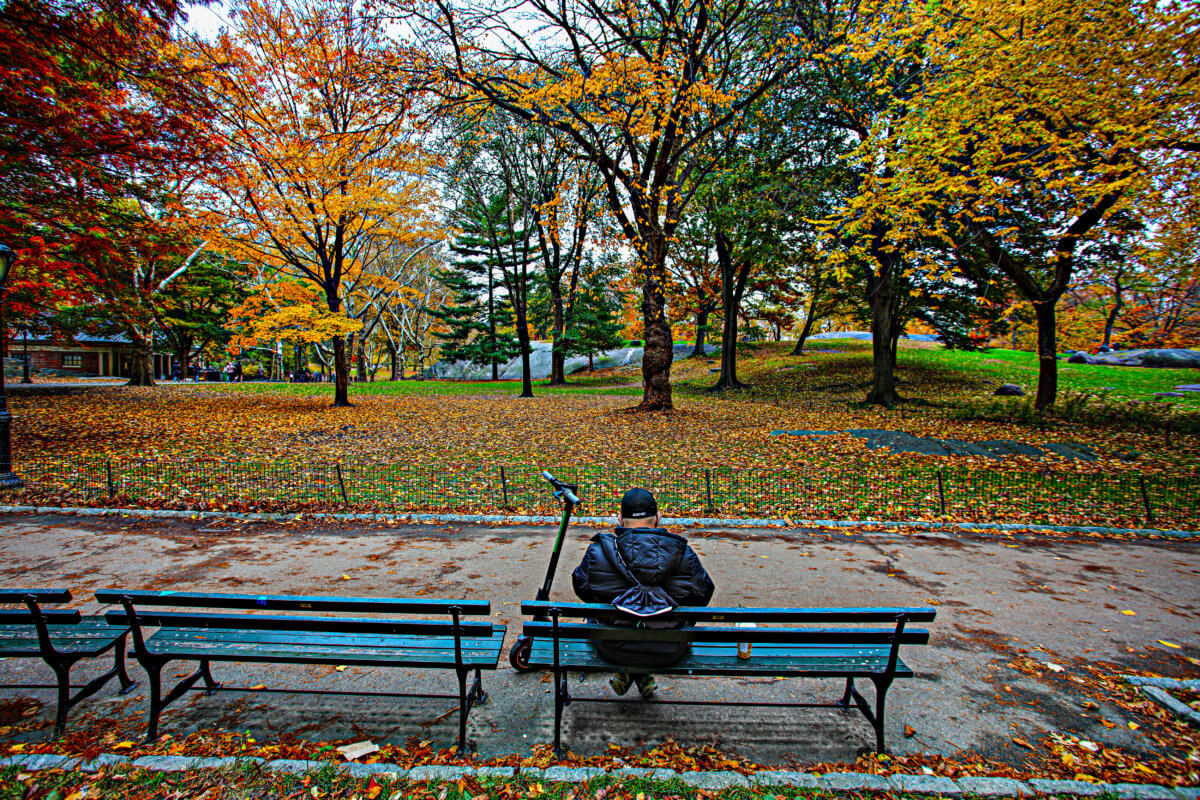 Central park is an inviting spectacle for New Yorkers and tourists alike this Fall.
Photo by Dean Moses

After a summer that never seemed to want to end with high temperatures extending well into October, fall is finally here. As New York battens down the hatches in preparation for the incoming winter, the Big Apple is also at its most visually appealing. With Central Park serving as the city’s most colorfully vibrant must-see location this November, amNewYork Metro takes you on a visual guide of the vivid sights inside the world famous parkland.

With the splendors of fall on display, its magical allure has cast its line and reeled in those seeking a memorable visit. Krystian Wilamowski, his wife, Kalvia and their son, Julian, are visiting New York from California and decided to visit the Big Apple to enjoy all of its seasonal grandeur.

“New York in the fall is great. We miss the fall, California is always warm. We are having fun walking around and Julian loves the leaves. He’s never seen autumn before. We are originally from Europe, so we know all about winter, but sometimes we miss the weather,” Krystian Wilamowski said.

While native city dwellers may consider Manhattan a dog eat dog jungle, others come for some relaxation. Alabama Ropka, 14, and her mother, Kindrea Engler, decided to spend their holiday vacation from Seattle to sightsee in New York City.

“It’s my first time at the Wollman Rink, it was a lot of fun! The workers were really nice, and they give you tips on how to skate,” Ropka said, “Central Park is really cool!”

“I’ve been to New York a lot for work, but it’s her first time here and it’s been fun doing things with her. It was pretty neat watching her do things for the first time, like seeing the Empire State building and taking our time through all of the museums. We were at the Metropolitan Museum of Art for about seven hours,” Engler said.