By Robert Pozarycki Posted on October 6, 2020 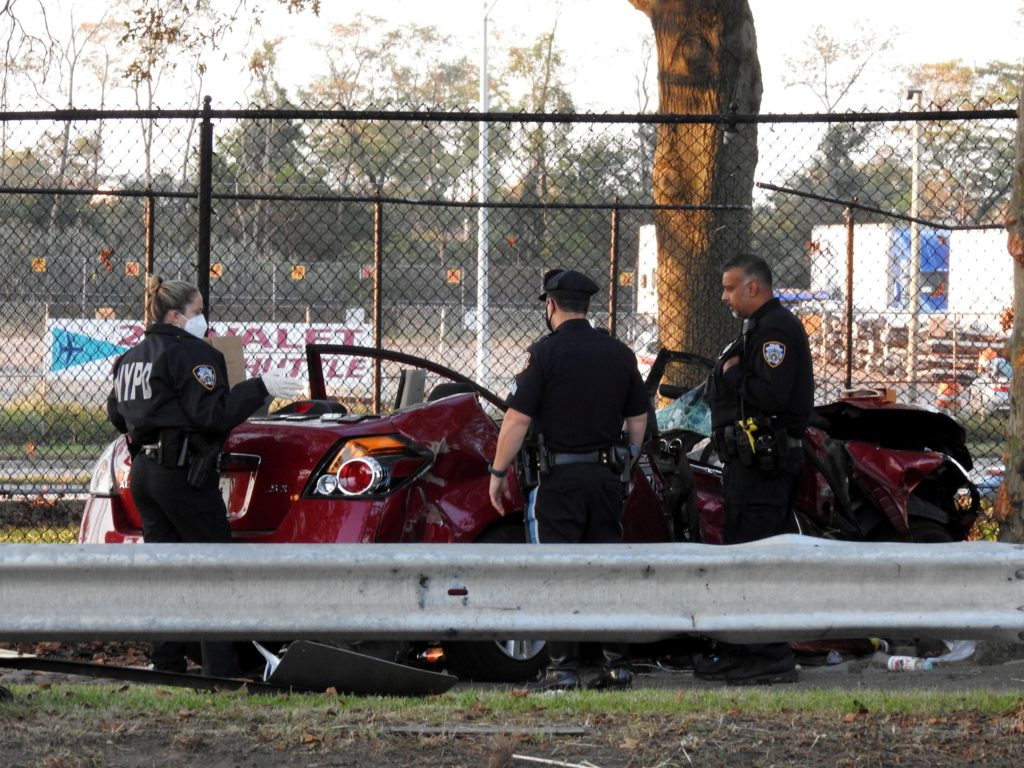 Police investigate scene where 3 people died in a single car crash in Queens on Oct. 6, 2020. (Photo by Robert Stridiron/RHS NEWS)

Detectives are investigating the cause of a deadly, single car crash in Queens early on Tuesday morning that claimed three lives.

Law enforcement sources said the collision happened at 3:52 a.m. on Oct. 6 in the vicinity of North Conduit Avenue and 122nd Street in South Ozone Park.

According to police, four people were inside a Nissan Altima that traveled westbound along North Conduit Avenue when the sedan suddenly crashed into a tree and burst into flames upon impact.

Officers from the 106th Precinct, EMS units and the Fire Department responded to the crash. First responders pulled the four occupants from the vehicle.

Three of them, two women and one man, were pronounced dead at the scene, police sources said. They were identified as Brooklyn’s Ali Mohammed, 21, of Montauk Avenue; Kimani Foster, 20, of Sands Street; and Dior Berkeley, 19, of Barbey Street.

The fourth victim, a 24-year-old man, is listed in stable condition at Jamaica Hospital, authorities said.

At this point in the investigation, police have yet to determine which of the four victims operated the vehicle.