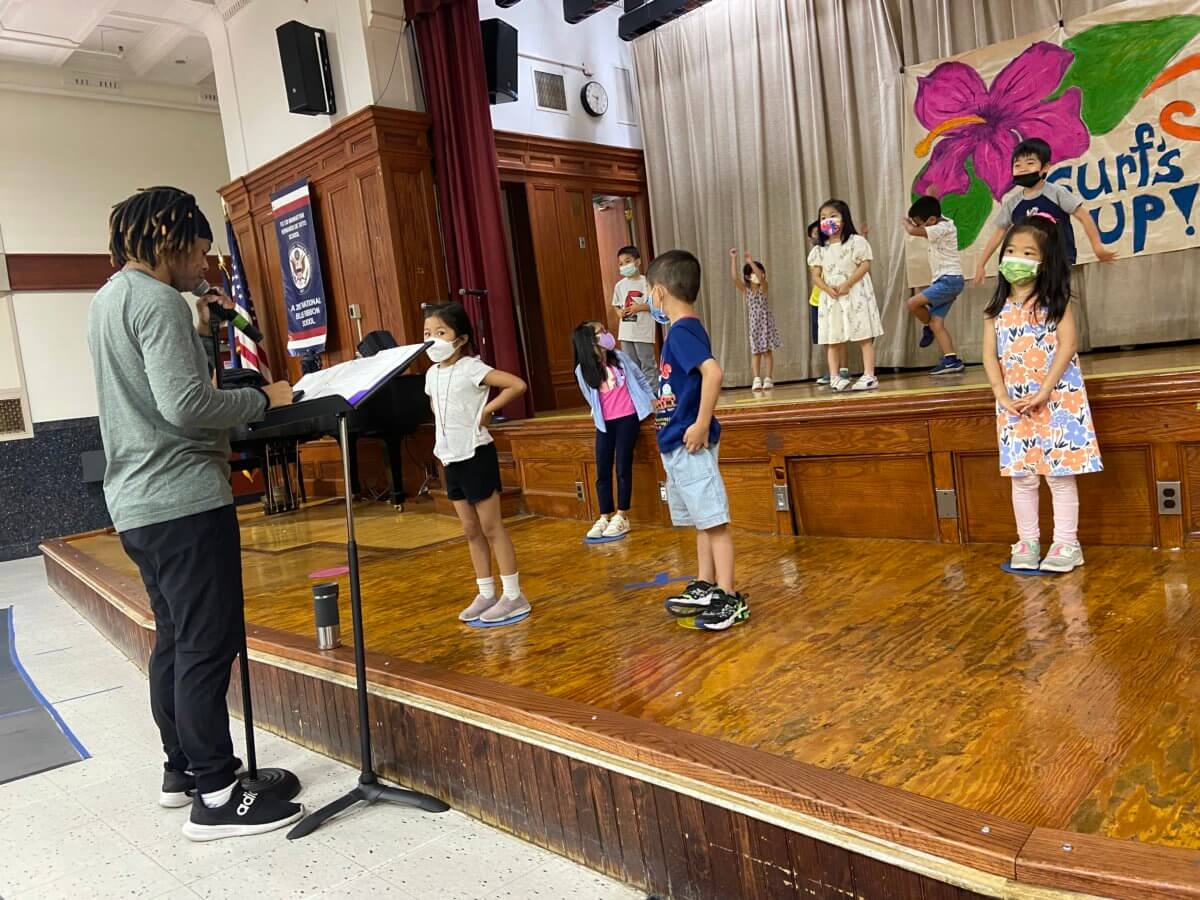 As the summer slowly draws to an end, Summer Rising programs in New York City are in full swing, with participating schools like PS 130 in Manhattan preparing students for the last few weeks of the program which sees schools and Community Based Organizations (CBO) partner to educate and enrich children.

The Summer Rising initiative is a free partnership between the Department of Education (DOE) New York City Public Schools, the Division for Youth and Community Development and hundreds of community-based organizations that are educating about 110,000 NYC children this year.

At PS 130, students were preparing for a dance and singing presentation for their families which will occur Aug. 11. However, the students enrolled in Summer Rising programs – like at PS 130 – are also instructed on topics like math, English and science and often go on field trips and enjoy other enrichment activities for six weeks during the summer.

“We have a gym but we also have a roof with two sections, so they are also scheduled to have time to play during the day,” said PS 130’s Summer Rising Assistant Principal, Evelyn Maxfield to amNew York Aug 4. “After lunch the CBO takes over and they have lots of activities. They had a bio bus the other day and they took turns going on the bus outside and they were actually talking about it in the hallway the next day.”

Summer Rising was initially launched by Mayor Bill de Blasio in 2021, but has continued to expand under Mayor Adams with many educators considering it a vital experience for NYC children.

“There’s something called ‘summer slide’ where kids lose sometimes a few grade levels – especially with reading – and this program helps make sure that they continue to read throughout the summer,” said Sharon Levanoni, PS 130’s school counselor. “Also in the summer kids are sometimes stuck at home and they don’t have any interaction with other kids so this also enables them to be able to socialize and interact with other children.”

Another aspect of Summer Rising is that it allows children whose parents or guardians may be working during the day to be supervised and watched for free. Some children stay at their Summer Rising programs from 7:35 AM to 5 PM.

“Especially because of the pandemic, I think the routine has been great for the children,” said principal Renny Fong. “I think having fun has been important as well because when you are doing well socially and emotionally, then academically you can do well too. We want the kids to have fun learning so that they are excited to return to school in the fall.”

DOE Schools Chancellor David C. Banks agreed that the Summer Rising program holds extreme significance for communities in the city, after he himself visited a program on Thursday.

“I think Summer Rising is a critically important program for our New York City students,” said Banks after his tour. “They’re learning, they’re having fun so they’re not just home watching TV and having idle times. So I’m really excited about it. This was a wonderful visit. The kids are being taken care of and that’s our first job.”