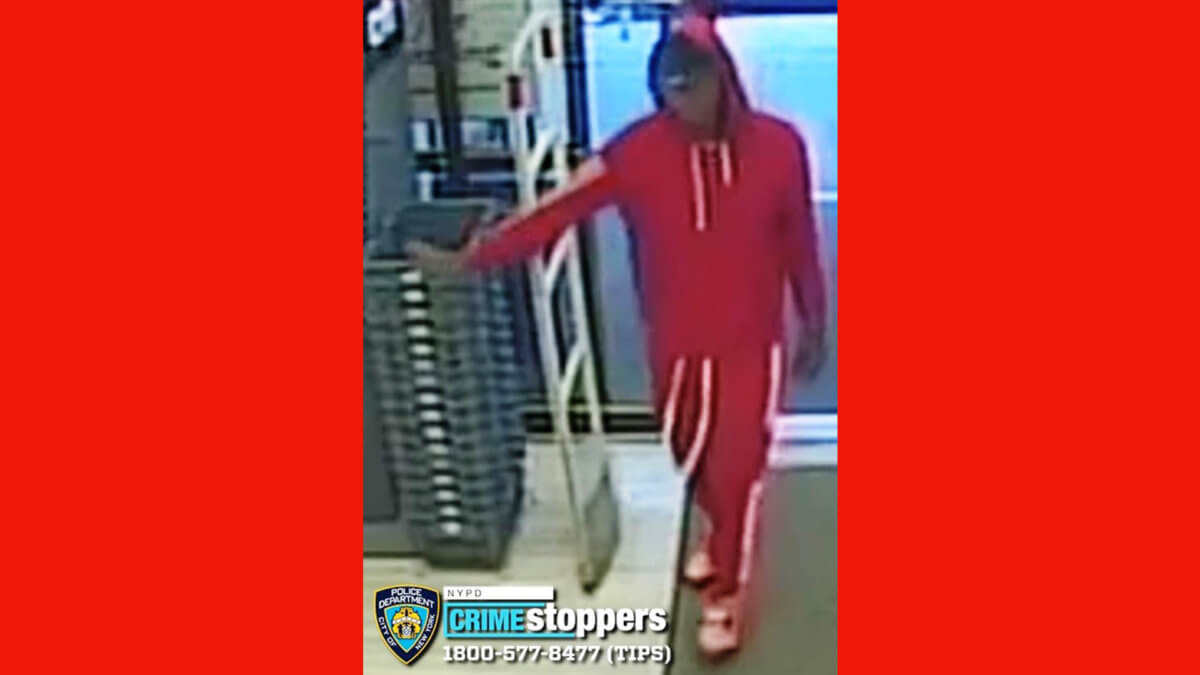 Detectives are looking for a thief who stole merchandise from a Bronx drug store last month.

Police say that at 7 a.m. on May 24, an unknown man entered a Walgreens, located at 3480 Jerome Avenue. He put $82 worth of items into a basket and proceeded to leave the store without paying.

A store security guard stopped the suspect, who then pulled out a knife. The guard ultimately let the thief flee the store.

The suspect was last seen fleeing on foot northbound on Jerome Avenue. There were no injuries reported as a result of the incident.

Police released a video and photo of the suspect taken from the store:

The suspect is described as a man with a dark complexion, standing 6 feet tall and weighing 190 pounds. He was last seen wearing a red jogging jacket, red sweat pants, a black baseball cap and yellow sneakers.