Aaron Boone’s future with Yankees uncertain after another postseason disappointment 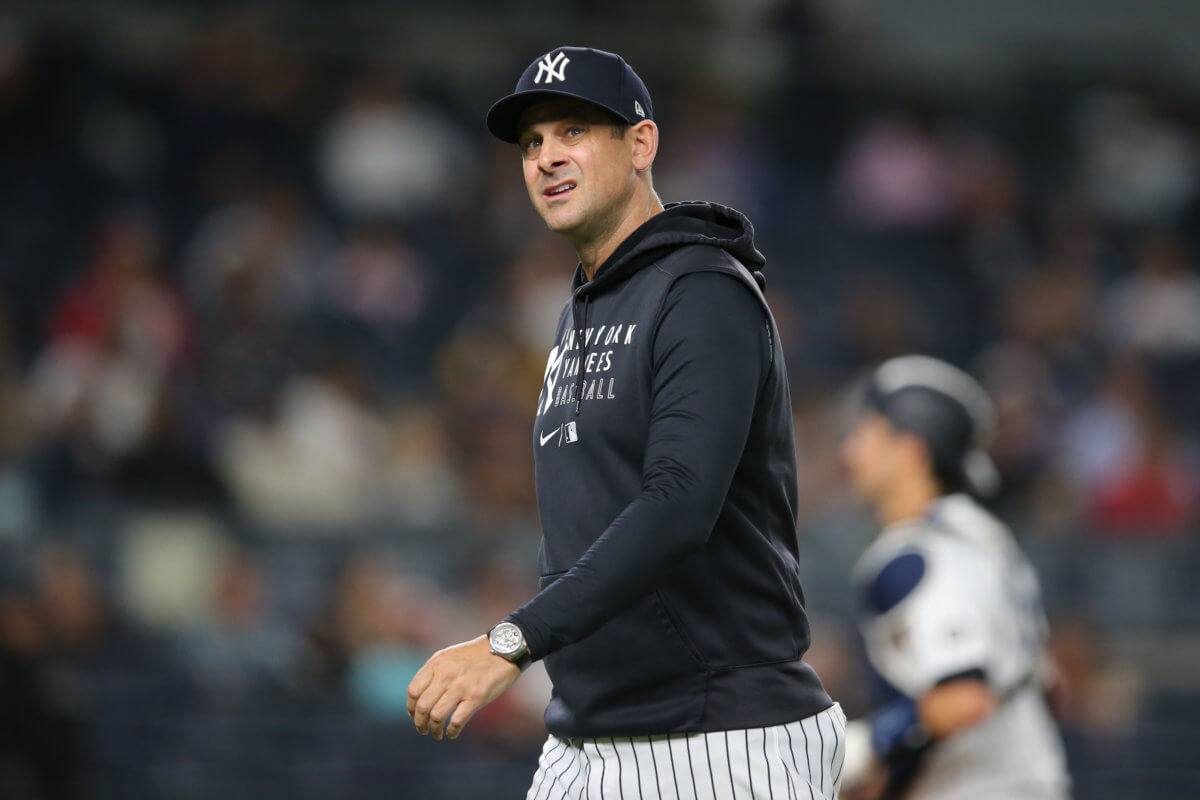 A team entering the 2021 season with expectations of breezing to an American League pennant did not even get to see the Divisional Series after they were defeated 6-2 by the Boston Red Sox in the AL Wild Card Game.

Quite a resounding thud to finish Aaron Boone’s fourth season as Yankees manager while the organization is seemingly moving backward.

After falling just short in the ALCS to the Houston Astros in 2019, the Yankees were pushed out at the ALDS stage by the Tampa Bay Rays — a team they continue to lag behind in the AL East — in five games before this latest failure to the Red Sox in the single-elimination game.

The lack of postseason success is the glaring smudge of Boone’s resume as he’s been unable to steer his team toward the top billing that so many are used to seeing. Naturally, for a team trying to take that next step toward World Series title No. 28, the manager’s standing after four-straight postseason failures will immediately come into question. Granted, the conversation accelerates considering Boone’s contract expires this year.

“Look, all I can say is that I love doing this, I love doing this with this group. I’ve felt incredibly supported from the organization… so, whatever happens, moving forward, I’ll be at peace with.”

Take Boone out of the vacuum that is the unrelenting pressure of winning in the Bronx — a concept that has been ingrained into a fan base that knows nothing but success — and the microscope honing in upon his credentials is far less obtrusive. He’s taken his team to the playoffs in each of his four seasons in charge and has averaged 98 wins per year.

Most fan bases of the other 29 MLB clubs would be thrilled with such a run.

But these aren’t other clubs, and the Yankees’ World Series drought will now meander into its 13th year. That’s the fourth-longest stretch without a championship in franchise history.

The wait for 28 is now bordering a wait of epic proportions, which again serves as a reminder of just how spoiled Yankees fans are, but also heaps further pressure on the likes of Boone.

“I’ll walk out of here tonight proud of what a lot of people have done here since I’ve been here,” Boone said. “It’s a group and a shared effort. I love going to battle with all these guys, players, coaches, support staff, front office, so we’ll see what happens on that front.

“But whatever does happen, I’m at peace with and I know that I can hold my head high.”