By AP, with Aidan Graham
comments
Posted on November 3, 2022 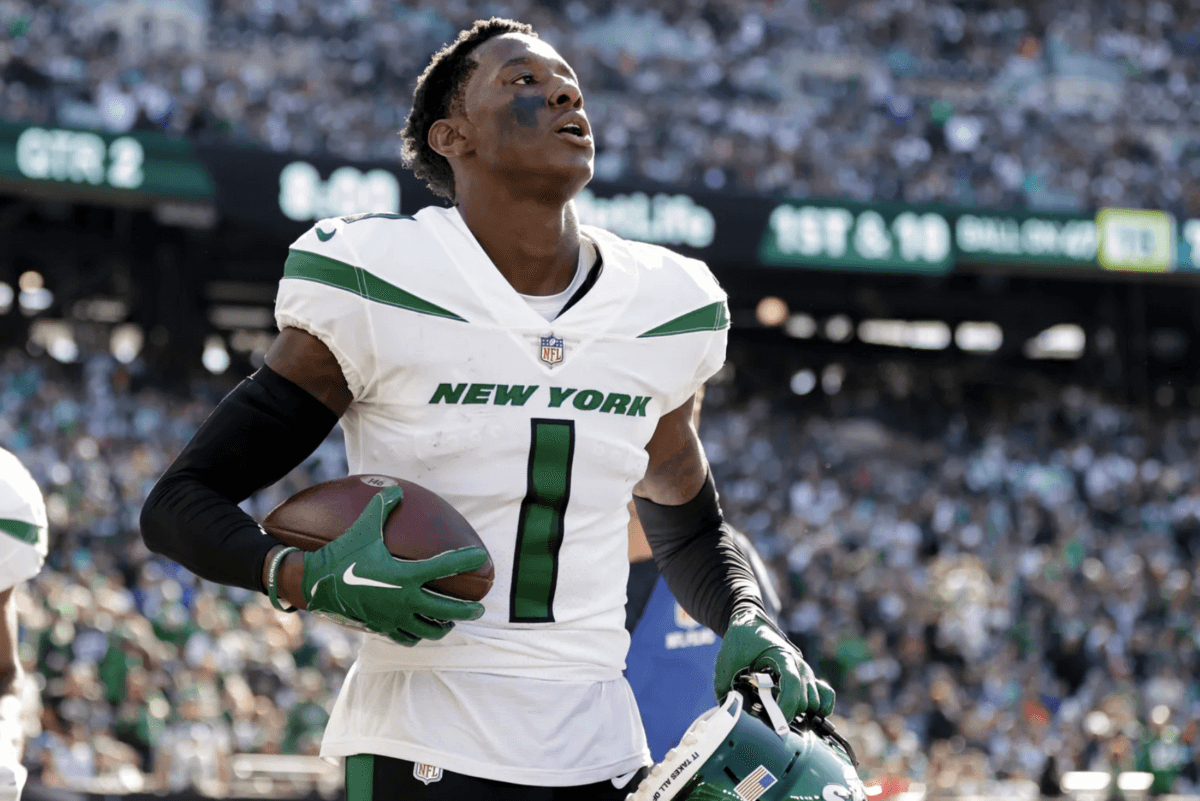 After a superb draft haul this offseason, the Jets are leaning heavily on their rookies during their 5–3 season — especially cornerback Sauce Gardner.

Gardner is widely considered, through the first eight games, the front-runner for AP Defensive Rookie of the Year.

He has shown the poise of a veteran since Week 1, regularly clamping down on receivers while very much looking like a shutdown cornerback.

“Just from the minute you meet Sauce, you fall in love with the energy, the enthusiasm, the confidence, the authenticity that he brings,” said General Manager Joe Douglas. “And you see that carry over. And then when you add that to the field with his natural instincts, his length, his play speed, it has come together to be a really outstanding start to an NFL career.”

He twice has been voted the NFL’s rookie of the week, and is earning raves from reporters and opponents for his playmaking ability.

“When you build a team, you’re looking at a corner that can lock it down over there,” Buffalo coach Sean McDermott said. “And he’s a No. 1 corner for them, it appears. And he’s been all that’s been advertised about him.”

McDermott and the Bills will get their first up-close look at Gardner on Sunday when Buffalo plays at New York. Gardner and D.J. Reed, a free-agent offseason signing, have combined to help give the Jets a surprisingly impressive secondary.

“It’s our love for the game, you know?” Gardner said. “We’re going out there, having fun and doing the things we love to do.”

But Gardner, who has faced the likes of the Bengals’ Ja’Marr Chase and the Dolphins’ Jaylen Waddle and Tyreek Hill, will get another major test when he finds himself lined up against Stefon Diggs throughout the game at MetLife Stadium.

“He’s a good receiver,” Gardner said. “He knows how to run routes, a smart receiver, just like the rest of the guys in the league.”

Gardner oozes confidence, never appearing as though the moment is too big. After all, he never allowed a touchdown his entire three-year college career. It’s a coolness you want from a cornerback, especially in high-pressure situations against some of the NFL’s elite playmakers.

“His competitiveness, his will to win, you see this, and I feel like he has a charisma and guys tend to gravitate toward him just because he’s authentic,” Douglas said. “He’s the real deal. There’s nothing fake about his confidence, his toughness, his anything.

“He’s a genuine article and I feel like we have quite a few guys on the team that are wired that way, and Sauce is definitely one of them.”

Gardner enjoys talking trash on the football field, getting into opponents’ heads with his words before taking them out of plays with his skills.

His Jets teammates joked during the summer they wouldn’t call him “Sauce” — the nickname he has gone by since he was 6 when a youth football coach tagged him with it — until he did something in a regular-season game.

Gardner made an impact in the season opener against Baltimore, including breaking up a pass from Lamar Jackson to Mark Andrews in the end zone. It has been much of the same throughout the first half of his rookie season — and staying grounded even as others sing his praises.

“It’s just keeping the main thing the main thing, you know, just staying focused on football,” Gardner said. “I can’t get too caught up in the outside noise and all the extra hype. I love to play football, and this is what I do.”

And he does it well.

Gardner, who has one interception, is tied with Dallas’ Trevon Diggs for the NFL lead with 12 passes defensed, and that’s after the Jets rookie was held without one for the first time this season in the game against New England. Gardner was the first rookie since 2000 to have at least one pass defensed in each of his first seven games.

“He’s off to a very good start,” McDermott said. “So he’ll be tough to deal with in the years to come, for sure, and already is this year.”