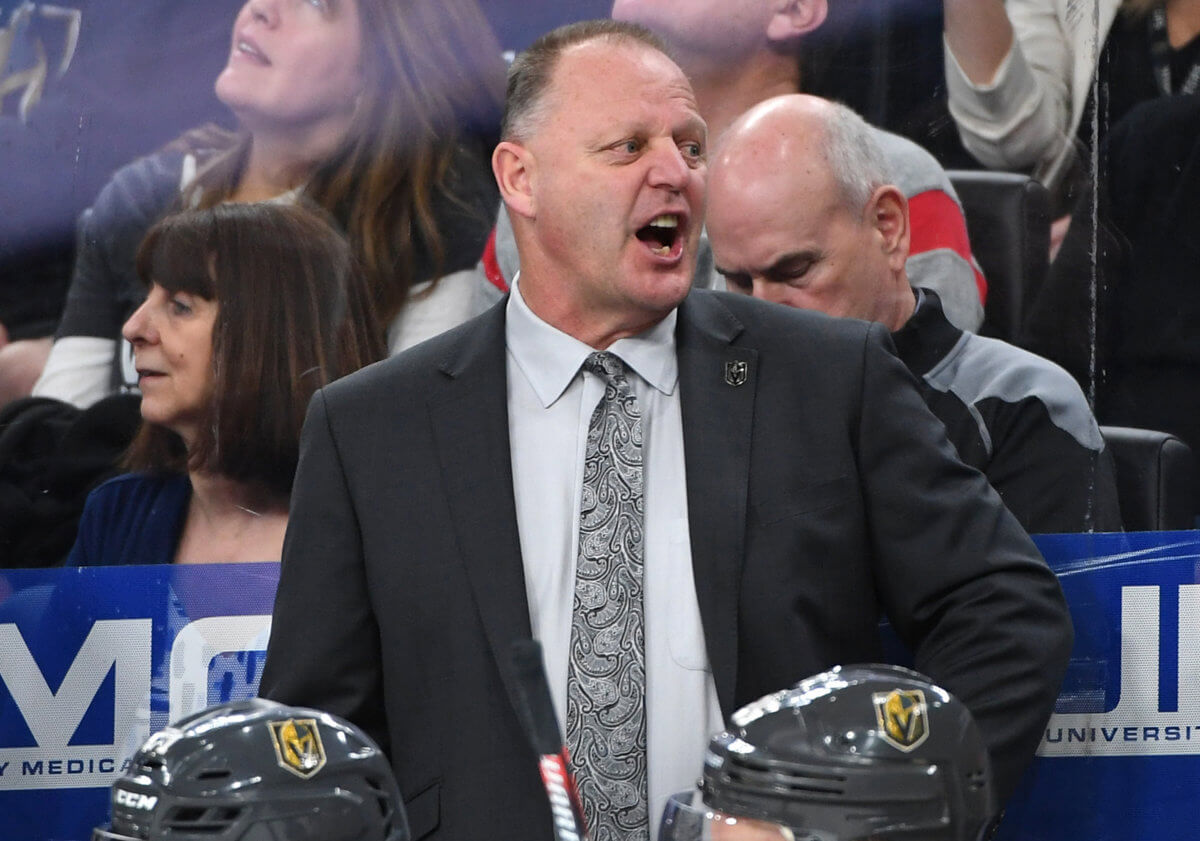 Gerard Gallant’s first message as New York Rangers head coach was as simple and effective as one could have; his team will be hard-working.

There’s nothing revolutionary behind such sentiments, but it’s a breath of fresh air for a team that’s been battered and bullied for much of the last three seasons under the previous regime that prioritized skill and finesse over the kind of grit and tenacity needed to succeed later on in the regular season to get to the playoffs.

“I want them to be the hardest working team in the league,” Gallant said at his introductory press conference on Tuesday morning after his hiring last week. “I want them to work hard, compete hard, I want people to say they compete for 60 minutes and that’s why they’re winning hockey games every night… If we don’t put in the work, the skill and talent don’t follow.”

Roster construction was believed to be the main reason why MSG CEO James Dolan fired team president John Davidson and general manager Jeff Gorton before promoting Chris Drury to GM. It was he who showed former head coach David Quinn the door and brought in the 2018 Jack Adams Award winner.

“It’s hard not to watch these playoffs and notice the physicality, the energy, the effort, the intensity that it takes to win and succeed and we’ll have to play that way to have success in the regular season and the playoffs,” Drury said as he teased some changes to the roster. “We’re always looking at ways to improve the lineup, to add different pieces… [Every team] always wants harder players to play against and we’re no different.”

Gallant — who exceeded expectations with the Florida Panthers before taking the Vegas Golden Knights to the Stanley Cup Final in their inaugural season — isn’t thinking that far, however, as he’s ready to work with whichever 23 names are on his roster sheet come opening night.

“When I was in Vegas — I hate talking about the past — we went to training camp with a plan and we expected everyone to play a 200-foot game,” he said. “That’s what’s important to me. It’s not going to take 15 guys to win, it’s going to take 23 guys to win every night… Everyone has a role to play and that’s what our expectations will be.

“I got 23 players that are going to be on that roster and I expect them to be good players.”

While he tries to get the Rangers back to the postseason in 2021-2022, he will also attempt to accelerate the developments of some of the young, promising talents that are expected to be centerpieces of the franchise — more specifically Alexis Lafreniere and Kaapo Kakko.

Already with a plan in place, Gallant isn’t going to keep the training wheels on them for long.

“It’s a fine line for the coach because you want to develop the players but you want to win every night… hopefully those younger players play a big part in that.”