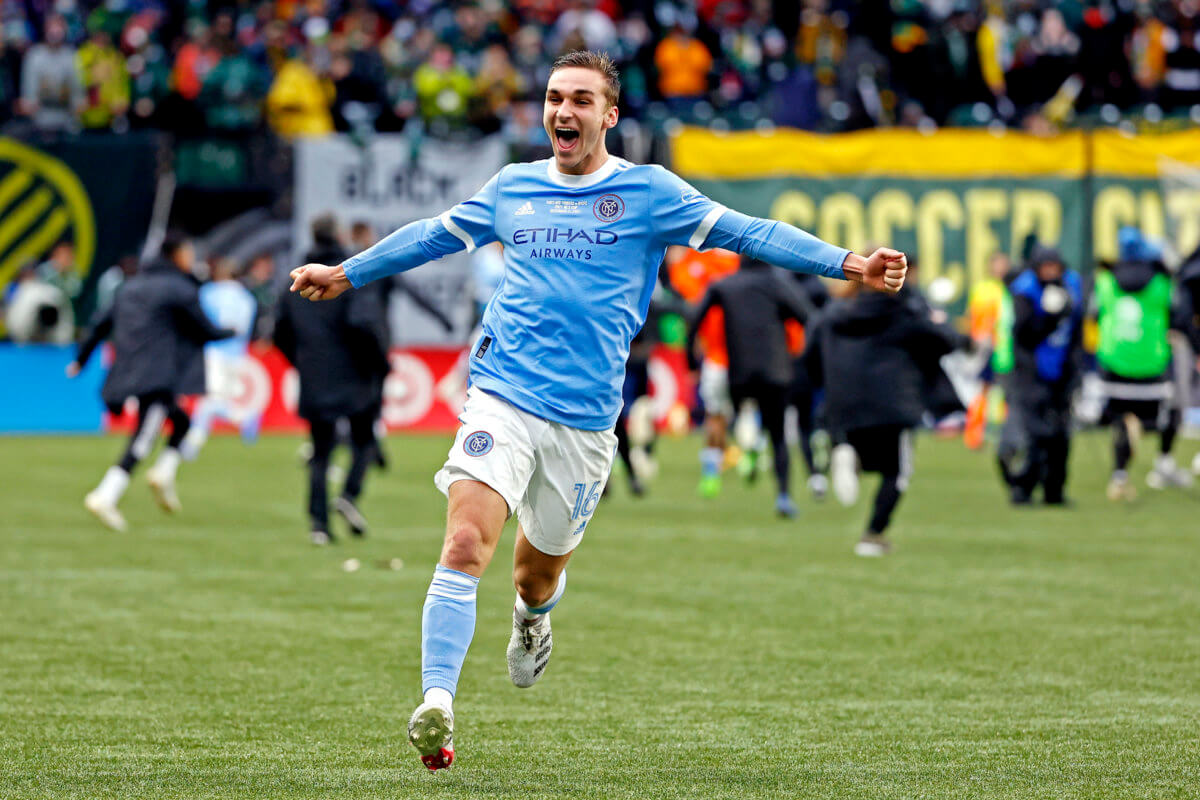 NYCFC announced on Wednesday that it has loaned its first-ever homegrown player in midfielder James Sands to Scotland’s Rangers FC.

The loan will run through Jun. 30, 2023, and it will give Rangers the option to permanently keep Sands at the end of it.

Sands helped hold down NYCFC’s midfield this season, appearing in 30 regular-season games along with all four postseason matches, including the MLS Cup Final that the Cityzens won in penalties to take home their first championship.

The 21-year-old Rye, NY native also was selected to his first MLS All-Star Game in 2021 and was named NYCFC’s Young Player of the Year.

“2021 has been the best year of my professional career, to be able to bring the club its first championship is something that I will remember forever,” Sands said. “It has been an amazing year and I couldn’t be prouder to have been a part of it – for a club that I have been with for so long. I hope in some way I’ve been able to set an example and inspire other young soccer players and other players in our Academy.”

Sands represented NYCFC’s affiliate team, New York Soccer Club, since the age of 10 and was selected by the MLS side when it created its U-16 squad. He became the first homegrown player to debut with the club at the professional level in 2017.

Now, he joins a Rangers club that is the most prolific team in all of Scotland. They have won the Scottish Premier League 55 times in their history, including the 2020-21 crown that ended Celtic’s nine-year run of dominance. Two of those titles came with current NYCFC manager Ronny Deila leading Celtic in 2014-15 and 2015-16.

Rangers currently hold a five-point lead over Celtic at the top of the Scottish Premier League table. They are also competing in the Europa League — the second level of Europe’s continental club tournament behind the Champions League — where they sit in second place in Group A behind French side Lyon.

The improvement of competition will allow Sands to improve his game as he continues to find a role on the United States Men’s National Team.

“While this has been a difficult decision for me to leave a club that I love, I feel it is time in my career to test myself in another league and face a new challenge in Europe,” Sands said. “Rangers is an incredible Club in a very competitive league with high expectations and a passionate fanbase. It will be a fantastic learning curve for me, and one that I feel ready for.’’