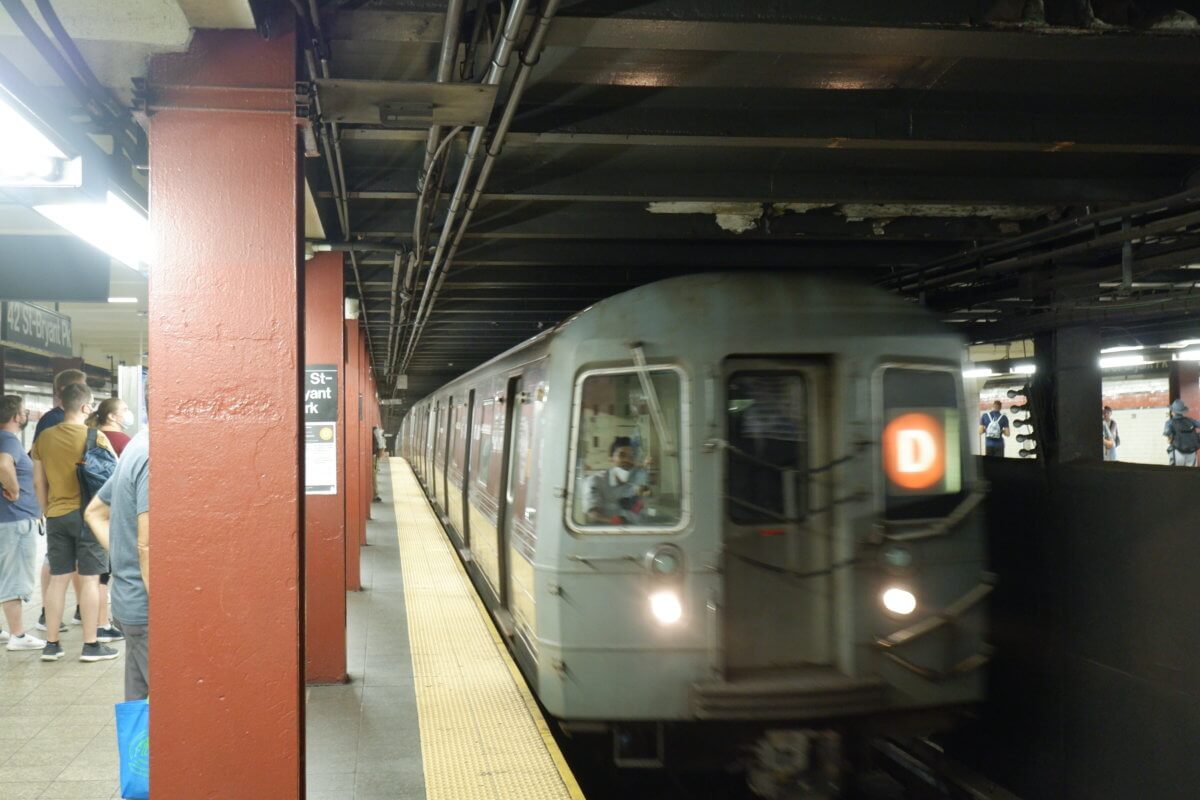 Straphangers gave the D an F.

New York City subway riders scored the D train the worst in the system, with only 40% of commuters saying they were happy with the line, according to a new survey.

The A, C, and E line were at a three-way tie for the second-worst place at 41% satisfied or very satisfied, according to a spring questionnaire of riders released by the Metropolitan Transportation Authority Monday.

Nancy Gomez, who rides the D train from 205th Street in the Bronx to Midtown and back for work daily, agreed with the survey result.

“Every day there’s delays on that train,” said Gomez as she boarded an uptown D train at 42nd Street Tuesday.

Another rider shared her assessment, but said that the line is not unique with its issues.

“There’s always something on the train, but it’s not just the D,” said Tia Smith.

On the more positive side, the L train topped the survey list at 53% satisfaction, followed by the G (52%), the Q (51%) and the No. 7 (50%) — excluding the shuttles at 42nd Street, Franklin Avenue, and the Rockaways, along with the Staten Island Railway, which tended to score above 60%.

The L and the No. 7 lines both have more reliable trains due to their modernized automated signaling systems known as communications-based train control, or CBTC.

Subway rider satisfaction overall was 48%, coming in better for buses at 63% for local, limited, and select bus routes, and 76% on express buses. MTA’s paratransit service Access-A-Ride notched a 61% satisfaction rate.

“Our North Star is improving and maintaining focus on customer satisfaction,” said New York City Transit President Richard Davey in a Sept. 19 statement. “We take feedback seriously and want all our customers to feel confident that they will experience reliable and safe service every time they take subways and buses.”

Transit officials are focusing upgrades to the least reliable lines, by raising outdated speed limits for A trains and prioritizing new signals on other lettered lines like the B, D, F, and M.

The worst-rated subway stations were all uptown or in the Bronx with Central Park North at 110th Street on the Nos. 2 and 3 lines getting a meager 19% approval, with respondents citing security, people behaving erratically, homelessness, and cleanliness for the low grade.

On the same line, Eastern Parkway-Brooklyn Museum got the best marks at 91%, followed by Wilson Avenue on the L, Gun Hill Road on the No. 5, and 96th Street and Beverley Road on the Q.

Many of these stations are newer or have recently been renovated, according to MTA’s acting Chief Customer Officer Shanifah Rieara.

Subway riders rated security in trains and stations as their top concerns, along with people behaving erratically, reliable service, and unhoused New Yorkers taking shelter in the system.

Bus riders, meanwhile, prioritized wait times and reliability as their most important drivers.

The rider-favorite buses were nearly all in Manhattan, and predominantly on MTA’s select bus service lines, with the M86 SBS topping the charts at 91%, followed by the M79 SBS, the M104, the Q70 SBS, and the M31.