Surges in coronavirus infections are slowing a recovery in fuel use from the doldrums of lockdowns in the United States and other countries, raising concern it could be years before consumption rebounds from the impact of the pandemic.

Global fuel demand fell by around a quarter at the peak of the lockdowns, when over 4 billion people worldwide were asked to stay at home. The unprecedented decline in demand forced producers to make record output cuts and pump hundreds of millions of barrels of oil into storage.

Fuel consumption and oil prices had recovered some ground as governments relaxed restrictions on population movements and the output cuts stemmed the glut.

That recovery is stalling, however, as infections swing upward in top fuel consumer the United States, as well as in other major economies such as Brazil and India.

In the week ended July 11, U.S. retail gasoline demand fell 5% from the previous week, according to GasBuddy, which tracks real-time retail gasoline purchases, after several states reimposed restrictions to control outbreaks of COVID-19. Demand also fell the week before, the first time since lockdowns began in March that it dropped for two straight weeks.

“Normally this two-week period would have been the peak demand period and we didn’t get it,” said John Kilduff, partner at Again Capital in New York. “The recovery has been unwinding.”

The surge in U.S. virus cases is happening in some of the most populous states including California, Texas and Florida, which account for more than one-quarter of U.S. gasoline consumption.

U.S. gasoline demand pre-pandemic was around 9 million barrels per day (bpd), or around 9% of global oil supply, according to U.S. government data.

Driving in major U.S. cities with rising infection rates dropped in July, including in Los Angeles, Phoenix, and Miami, according to Dutch location technology company TomTom.

Traffic in Houston, Texas, had recovered in early June, but it has now dropped to where it was at the depth of the lockdown in April, TomTom showed.

The U.S. Northeast, another major fuel-consuming region that took the brunt of the infections in the spring, is coming out of stringent lockdowns cautiously, which is expected to temper gasoline demand.

Gasoline demand rose nearly 3 million bpd worldwide in June compared with May, the largest month-on-month increase on record, according to the International Energy Agency.

But markets are concerned that some countries could be hit with a U.S.-style surge in cases in later waves of the pandemic.

The Organization of the Petroleum Exporting Countries said a second wave of cases could cause demand to fall by 11 million bpd this year, according to internal OPEC research seen by Reuters. The current expectation was for a year-over-year drop of 9 million bpd.

OPEC already cut supply by an historic 9.7 million bpd to try to bring output in line with lower demand and support prices.

India has more than 1 million cases, third-most worldwide, and is seeing a renewed surge in infection after government lockdowns ended in June. Authorities have instituted lockdowns in several states across the country, but not nationwide.

More than 2 million people have contracted coronavirus in Brazil, second-most in the world, and infection rates are accelerating. That nation’s leader, Jair Bolsonaro, has resisted calls for a lockdown, even after he tested positive for the virus.

Australia, Spain, China and Britain are also among some of the major countries to enforce local lockdowns in recent weeks to control outbreaks of the disease.

In the United Kingdom, the government imposed a full local lockdown in Leicester last month because of a rise in coronavirus cases even as nationwide restrictions were loosened. Traffic in Leicester has dropped to April’s level of activity when the nation was under strict lockdown, data showed. 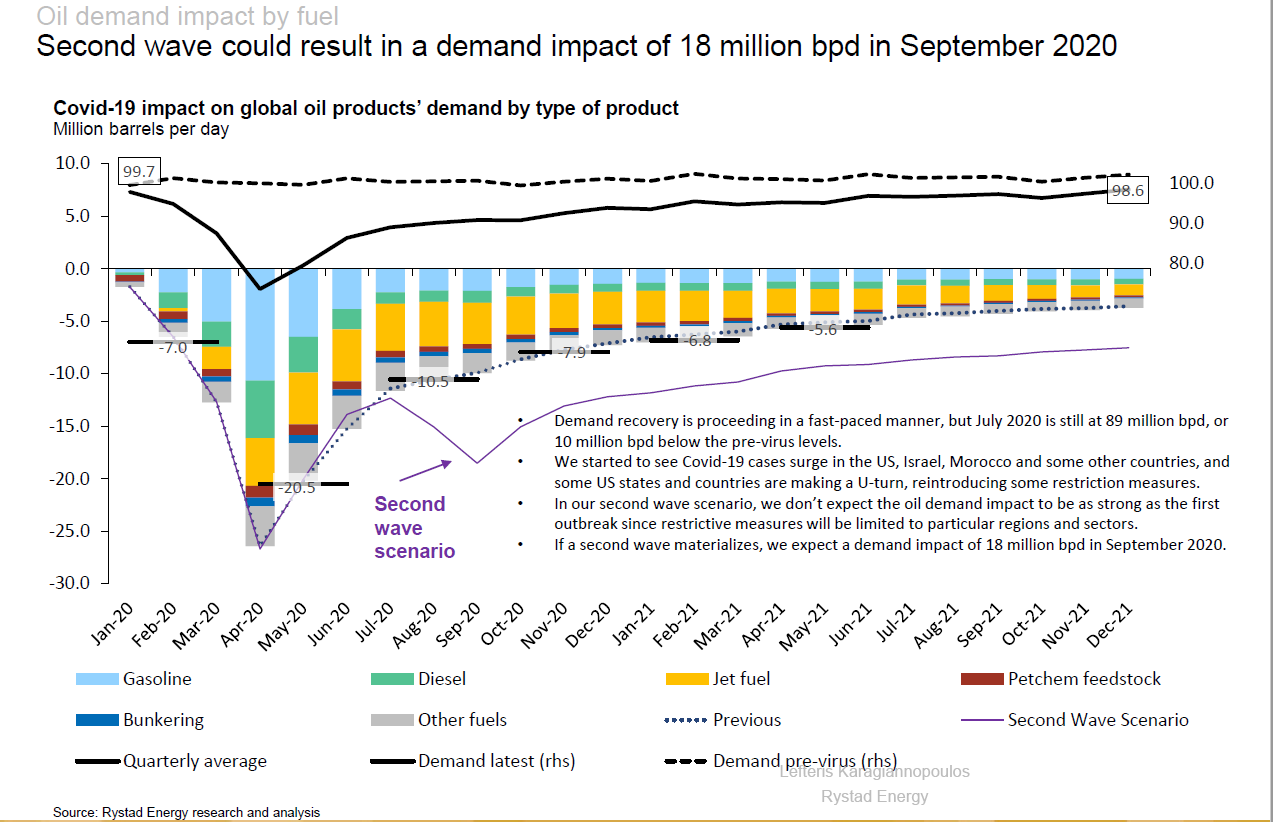