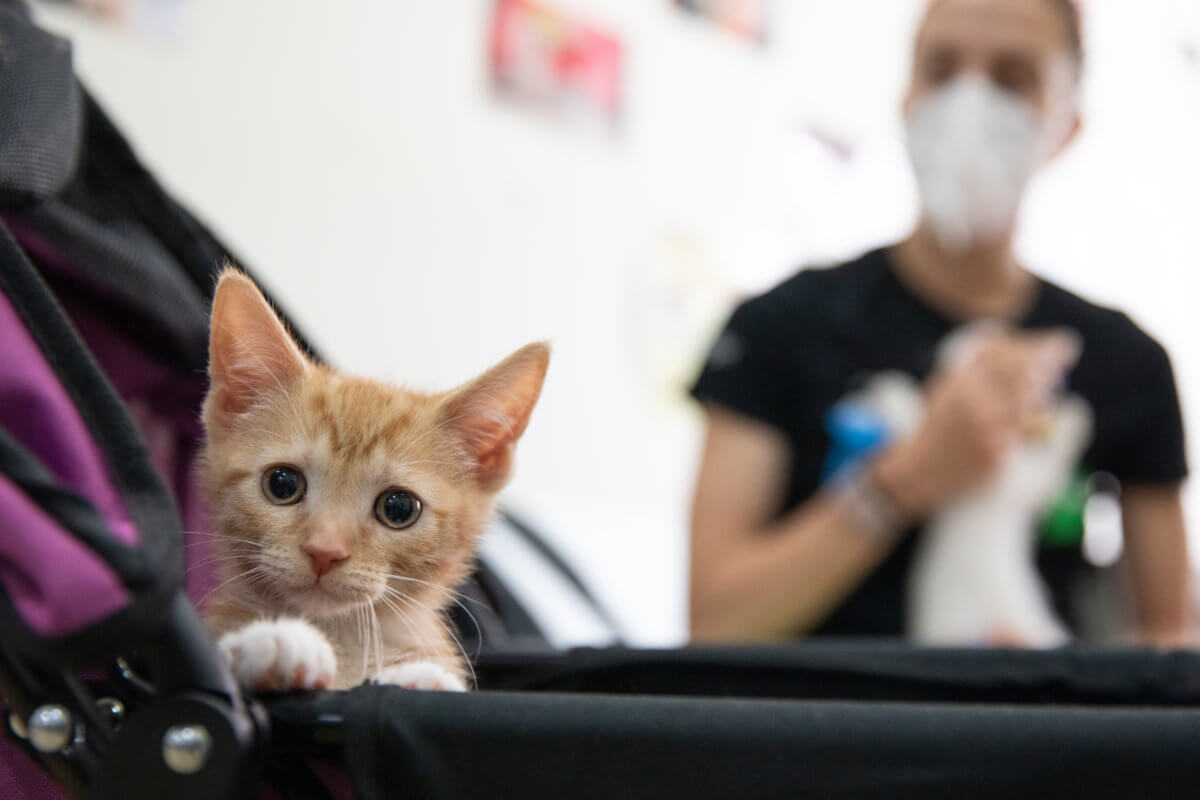 Zanzibar is the 10,000 kitten that ASPCA Kitten Nursery has helped.
Photo: ASPCA®

The American Society for the Prevention of Cruelty to Animals (ASPCA) announced that they have officially taken in their 10,000th kitten to care for.

“Reaching this 10,000-kitten milestone demonstrates how much we can accomplish when animal welfare organizations, foster caregivers, and veterinary professionals work together to address a life-threatening animal welfare challenge with the utmost compassion and determination,” said Matt Bershadker, ASPCA president and CEO. “We’re proud to provide Animal Care Centers of NYC with critical assistance and encourage the public to continue adopting and fostering animals to help their local shelters manage the ongoing seasonal surge of vulnerable kittens.”

New York City’s own Kitten Nursery, which launched in 2014 with the support of the Animal Care Centers of New York City (ACC), has had the honor of being the city’s first and largest high-volume kitten nursery. Their mission is to care for neonatal kittens who are often too young to survive on their own. These kittens require round-the-clock attention to ensure they mature healthily. We can thank the foster caregivers that work tirelessly to provide these kittens with lifesaving treatments for saving the lives of many kittens in NYC.

Many kittens that are helped by the ASPCA Kitten Nursery are transferred from ACC. They do this to help alleviate the pressure on NYC’s shelters, which are struggling due to a lack of volunteers.

“The ASPCA Kitten Nursery is an essential part of ACC’s mission to end animal homelessness in New York City. The ASPCA has taken thousands of kittens from ACC over the years and provided the care and compassion needed to ensure their survival,” said ACC president and CEO Risa Weinstock. “The partnership between the ASPCA and ACC has been key in our pursuit to make New York City the most humane city for animals in the nation.”

The 10,000th kitten was a four-week-old tabby that would later be named Zanzibar. She arrived at the ASPCA Kitten Nursery from ACC in need of treatment for an upper respiratory infection. She was assessed by an ASPCA veterinarian and placed in the care of an experienced foster caregiver.

While in the foster home Zanzibar was bottle-fed, given her necessary medication and socialized with people for her future adoption. Zanzibar is now healthy and strong due to the hard work of her foster caregiver. She will be available for adoption at ASPCA Adoption Center in Manhattan.