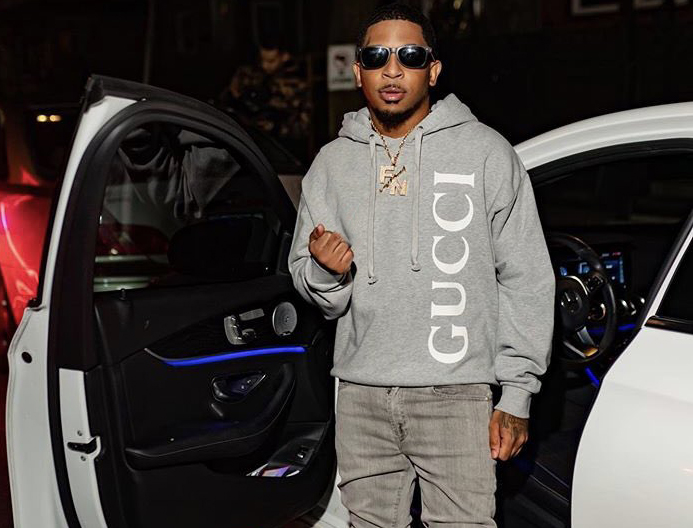 Rapper KJ Balla, whose real name was Noel Kennedy, was gunned down on a Brooklyn street on May 22, 2020. Photo via Instagram/kjballa_, image edited)

Rising rap star KJ Balla was killed and another man was injured during a drive-by shooting along a Brooklyn street on Friday night, police sources confirmed Saturday.

Officers from the 75th Precinct responded to a 911 call about the shooting at 9:45 p.m. on May 22 along Bradford Street near New Lots Avenue in New Lots.

According to law enforcement sources, the 23-year-old Balla, real name Noel Kennedy, and a 26-year-old man were outside the location when a vehicle drove up. An unidentified gunman began firing shots at them before speeding away from the scene.

Upon arriving at the scene, cops found Kennedy, who lived on East New York Avenue, with a gunshot wound to his upper torso. Paramedics rushed Kennedy to Brookdale University Hospital, where he died.

During the preliminary investigation, police learned that the second victim had been shot at the same location, but he had already been taken by private means to Brookdale Hospital

Police said he took bullets to his abdomen, back and arm, and is currently in stable condition.

At this point in the ongoing investigation, detectives have yet to determine a possible motive. No arrests have been made.