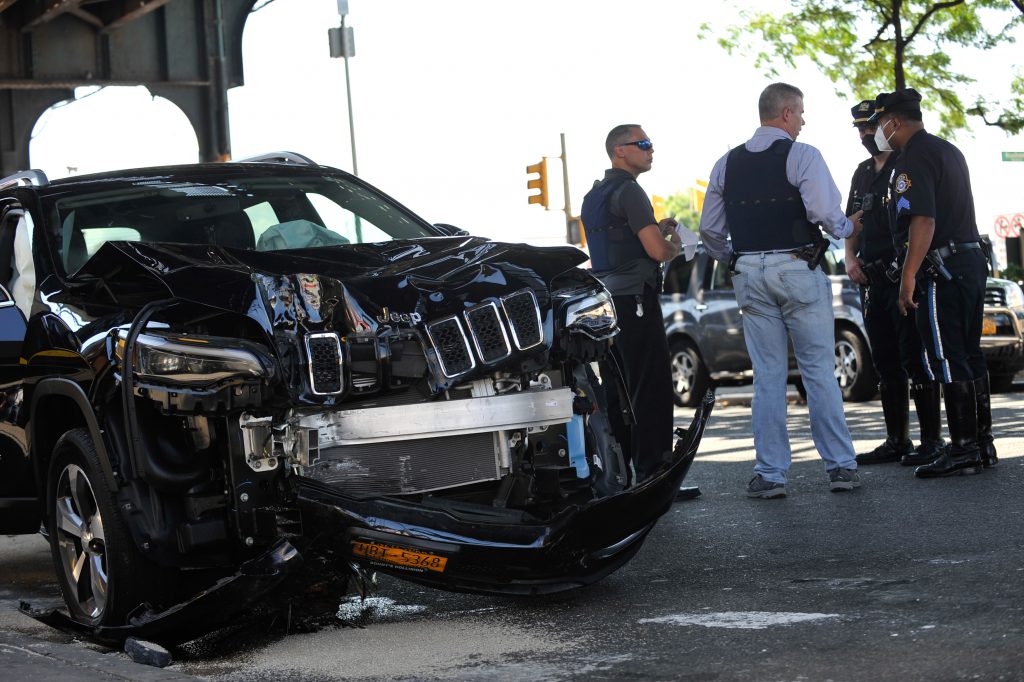 Highway Cops talk with a driver at Cross Bay Blvd and Liberty Avenue. Photo by Lloyd Mitchell
A 58-year-old man died in a chain reaction collision on a Queens street on Monday afternoon after a woman lost control of her ride and struck him, police reported.
Police say the crash occurred at 1:40 p.m. on June 22 as a 26-year-old woman driving her friends from Rockaway Beach north on Cross Bay Boulevard in Ozone Park, when she apparently lost control for unknown reasons, striking a telephone pole and then the victim in front of a Popeyes Restaurant.
Officers from the 106th Precinct found the victim unconscious on the sidewalk and the driver on the scene. He was rushed to Jamaica Hospital, but police said he was dead on arrival.
Police highway investigators administered a breathalyzer to the driver, but no arrests have been made.
“I heard a loud smash, looked outside the window and saw a man laying on the pavement. A woman screaming call 911. It was horrific,” said the manager for Popeyes who would not give his name.
Police believe the victim may be homeless at this time. He has not been identified pending notifications. Highway cops are continuing their investigation as to why the driver lost control.
The vehicle plate has a total of 8 School Zone Speed Camera Violation, four failure to stop at red lights, and an assortment of parking and vehicle code violations including a fire hydrant ticket.