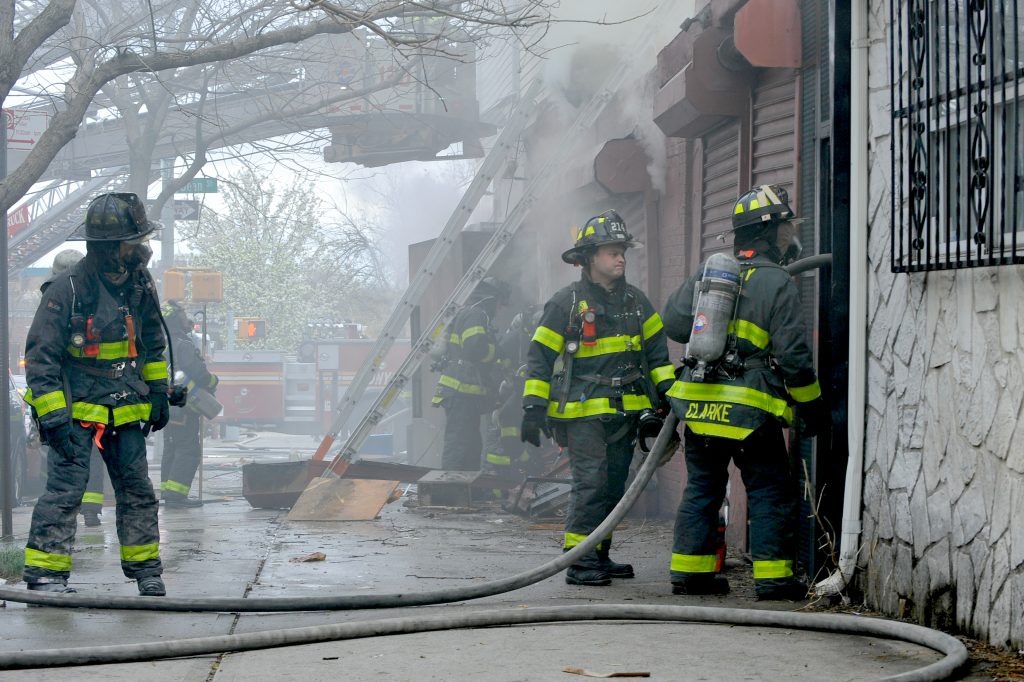 The two injured were treated for smoke inhalation at the scene by Emergency Medical Services, but declined to go to the hospital, fire officials said.

The fire broke out shortly before noon at the JS Deli Grocery, located at 99 Schenectady Avenue at the corner of Bergen Street in Bedford Stuyvesant. When firefighters arrived, they found heavy fire in the rear of the two-story building, bringing in 60 firefighters to battle the smoky blaze.

Witnesses said workers were in the bodega when the fire broke out, apparently in a rear storage area of the wood frame building. A manager of the bodega was said to have call 911 when he noticed smoke in the rear of the store. Residents of three apartments above were quickly evacuated as firefighters fought the flames.

The fire was brought under control by 1:40 p.m., but by then the store and apartments above were heavily damaged, leaving several people homeless and a much-needed food store closed by the severe damage.

“I am glad it did not spread, it is terrifying, I am really thankful for the FDNY,” said Sarah Dawd, a nurse at a local hospital who lives nearby. “They are the true heroes, they did a great job putting it out.”