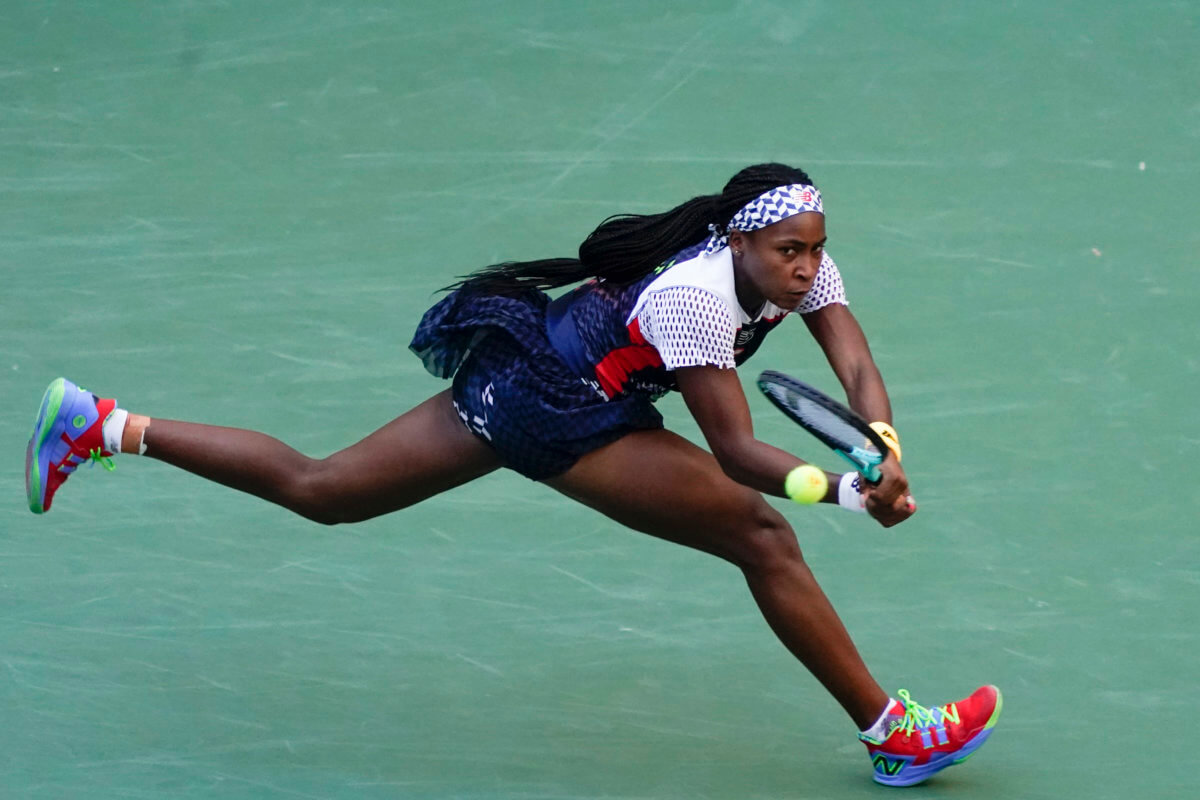 Coco Gauff was simply too much for Madison Keys on Friday, eliminating her countrywoman from the 2022 US Open 6-2, 6-3.

For all of the accomplishments in the 18-year-old’s young career, this is the first time ever that Coco Gauff has reached the second week of the U.S. Open. It’s an achievement that she almost felt was destined not to happen.

“It means a lot to me,” she said on the court after the match. “I thought am I cursed. I missed my alarm, so I was late. Kudos to my team as I wasn’t in the best spirits this morning.”

Perhaps she took that anger out on the court. After beating Keys in just an hour and 11 minutes, Gauff has not lost a set at the open and hasn’t spent longer than an hour and a half on the court in a singles match yet. In fact, only one set in her three matches has been closer than 6-3.

While so much attention has been paid to Serena Williams this year, many have missed Coco Gauff taking her game to another level. Well, with the exception of her 128-mile-per-hour serve.

She was all over Keys from the start on Friday and never really relented. While Gauff had only two aces and seven winners, she made the most of her chances, getting in 68% of her first serves and winning 69% of her first serve points.

During rallies, she pressured Keys the entire match, forcing 22 unforced errors. She also did a phenomenal job handling Keys’ serve, winning 53% of her receiving points and breaking Keys five times. Keys was only able to win 49% of points on her first serve, which had been a key element in her comeback win over Carla Giorgi on Wednesday, when she came back from down 5-2 in the third set.

There was no such comeback on Friday.

Heading into today, there were seven American women who made the final 32 of this year’s draw. Unfortunately, Gauff and Keys were forced to meet in the third round, and after Shelby Rogers couldn’t complete her comeback bid earlier today, we’re now down to five remaining before Serena plays tonight.

However, Gauff looks primed to make the most of her opportunity this year. She’ll now advance to the fourth round to take on 36th-ranked Shuai Zhang of China.

“It’s just crazy being on this court,” said Gauff. “Five years ago I had courtside seats and now I’m on the court.”

For more US Open coverage, like this Coco Gauff article, visit amNY Sports