‘We need all eyes on this’: Police release photos of suspected Manhattan Bridge subway shooter 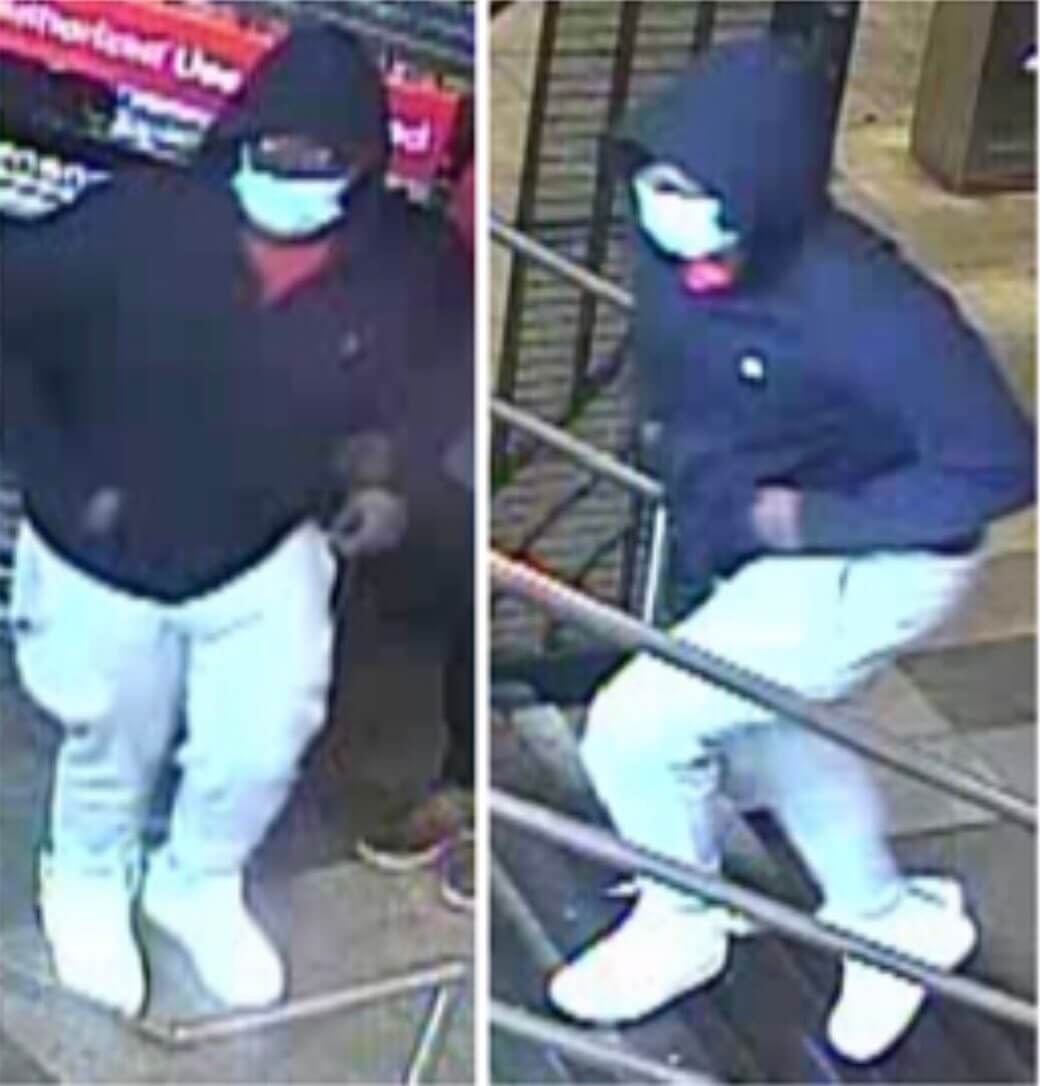 Police released surveillance images of the man they believe shot a fellow subway rider on a train heading over the Manhattan Bridge Sunday, May 22.
NYPD

Police released surveillance images of the subway shooter who they believe killed a fellow passenger on a subway train heading over the Manhattan Bridge Sunday.

NYPD identified the victim as Daniel Enriquez of Park Slope, Brooklyn, who worked at Goldman Sachs, according to news reports.

“We need all eyes on this,” wrote Police Commissioner Keechant Sewell in a social media post with the new images Monday morning. “[NYPD Detectives] need your help identifying and locating this man who is wanted for homicide in the tragic, senseless shooting of a man on a ‘Q’ train that was approaching the Canal/Centre St. station on Sunday.”

The shooter paced back and forth on the last train car before he hit Enriquez in the torso at close range and without provocation, witnesses told police.

Cops said the two men had no prior interaction on the train heading over the bridge from Brooklyn to Canal Street station in downtown Manhattan.

The gunman then fled out of the Chinatown stop and has remained on the lam since.

Paramedics rushed Enriquez to Bellevue Hospital, but he died of his wounds.

The train’s operator said that a rider pulled the emergency brakes as he pulled into the station, and when he went to check on the scene, he saw straphangers pouring out of the train shouting that someone had a gun.

“As I got to the last car, I saw a gentleman lying on the ground with a gunshot wound to his chest,” said Luis Irizarry in a statement provided by the Transport Workers Union Local 100. “He didn’t appear to be breathing. His chest wasn’t moving up and down.”

Irizarry gave the victim chest compressions until he was able to wave down police officers arriving at the scene.

“I’ve never seen anything like that. I went to work expecting to do my regular job, not expecting be first person to a shooting, trying to help a person who was shot, someone with gunshot wound,” the transit worker of seven years continued. “We’re not trained for that. How can we mentally prepare for something like that?”

MTA Chairperson and CEO Janno Lieber said Monday that the Q train where Enriquez was shot is the same line he has ridden for 25 years.

“It’s the train that my kids use regularly, and frequently come home — they’re all in college now but they come home at midnight, 1 a.m., coming back from Manhattan,” Lieber said during a monthly MTA committee meeting. “It’s always felt safe.”

The transit chief described the Q as an “iconic” subway line with its views of the city skyline after it emerges from the DeKalb Tunnel in Brooklyn and heads over the Manhattan Bridge.

“It’s a way New Yorkers get a little dose of what’s inspirational about this city, just that view,” he said. “Now, for a while, that’s never going to be the same knowing that a great New Yorker, Daniel Enriquez, lost his life yesterday in a random and cold-blooded act of violence.”

Anyone with information regarding the shooter’s whereabouts can call Crime Stoppers at 800-577-TIPS (for Spanish, dial 888-57-PISTA). You can also submit tips online at crimestoppers.nypdonline.org, or on Twitter @NYPDTips. All calls and messages are kept confidential.