Second entrance for York Street subway station in Brooklyn could cost nearly half a billion: MTA 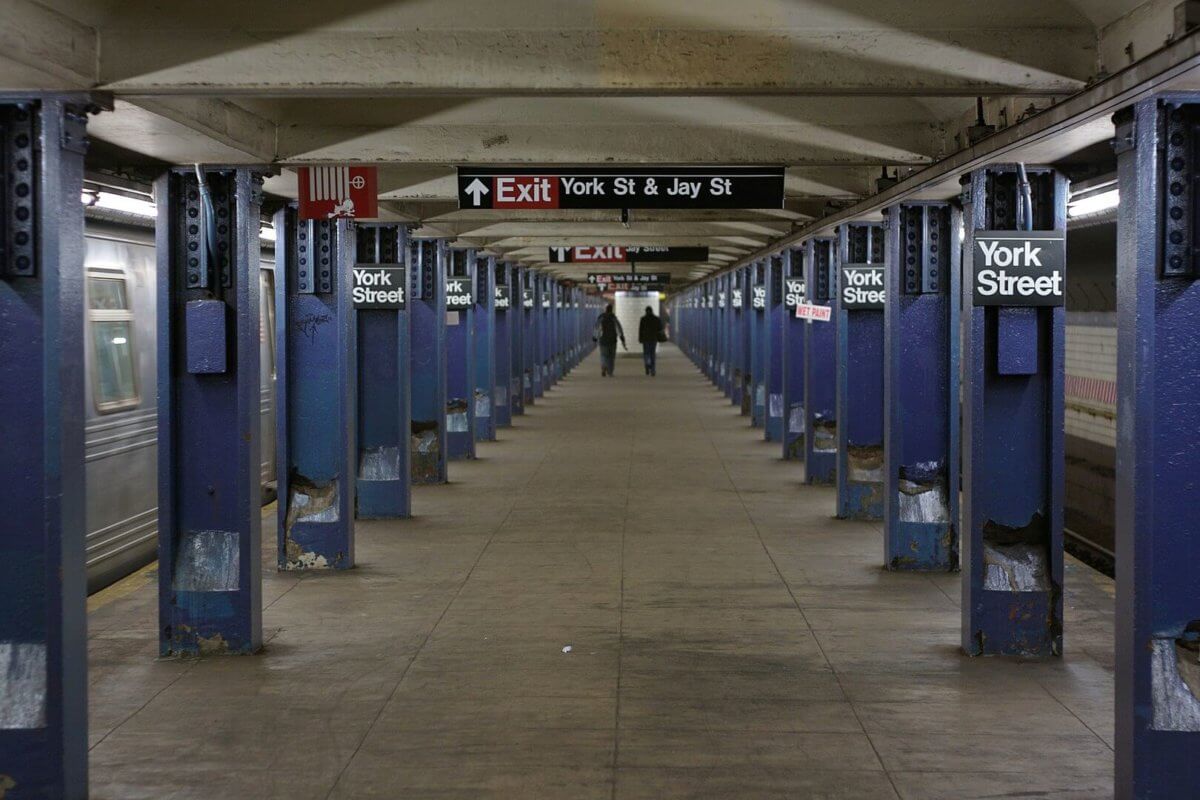 A long-awaited second entrance for the deep and cavernous York Street subway station on the F line in DUMBO, Brooklyn, would cost nearly half a billion dollars to build, according to the MTA.

The eye-watering price tag to construct a full new entry and exit to the station would be between $420 million–$450 million, Metropolitan Transportation Authority reps told a committee of local Community Board 2 in a presentation Thursday.

Installing only a new set of elevators would still cost a whopping $230 million–$260 million, according to a copy of the slides obtained by amNewYork Metro.

“I think we were all disappointed. This has been going on for such a long time and that stop has become an extremely active stop,” said Sidney Meyer, who chairs CB 2’s Transportation Committee that got the update from transit officials on June 16.

The 86-year-old station is the main one serving the growing waterfront neighborhood and has just a single way in and out at the northern end of the platform, which includes a long slope leading up to street level, which locals have likened to a “rock quarry.”

Dumbo has transformed in the last two decades from a sleepy former industrial area with artists in lofts to a buzzing hub of residential and commercial development, and its views of Manhattan have made it a magnet for tourists as well.

“It was up to capacity before all of this new development and there’s more coming,” said Doreen Gallo, the president of the Dumbo Neighborhood Alliance.

Gallo and fellow local advocates have been pushing the MTA to add a second entrance since the 1990s, and transit officials finally agreed to study it in 2021.

MTA’s Construction and Development team argued in the update last week that the steep costs are due to the station being challenging to build around.

The platform is 80 feet below ground because it’s the first stop in the borough and connects to the Rutgers Tube crossing under the East River.

There are also six huge pillars on the platform supporting the Manhattan Bridge, and columns along the edge are mostly only 15 feet apart, both of which restrict where the agency can set up a set of stairs and an elevator.

Moving the latter structures would essentially require rebuilding the entire station, according to the MTA.

Just like the sub-river tunnel, the 1936 station was built encased in cast iron rings, and opening it back up for construction could undermine the structure’s integrity and also trigger a comprehensive overhaul.

City officials had planned a second entrance when the station debuted as part of the city’s Independent Subway System under then-Mayor Fiorello LaGuardia, but they never built it, according to the MTA.

Instead of a full new entrance, the state-controlled Authority could just construct large-capacity elevators at the southern end of the platform at about half the cost.

The best exits for both options would be on Jay Street near the entrance to the pedestrian path of the Manhattan Bridge.

But any scheme would have to compete for money under MTA’s five-year capital plans.

Transit officials prioritize stations for new elevators based on factors like how far away they are from the next stop that is accessible under the Americans with Disabilities Act, ridership, demographics, transfer options, constructibility, and cost.

“Given the complexities of this site, the initial assessment presents a realistic summary of the costs of building a second entrance,” said MTA spokesperson Aaron Donovan in a statement. “If the project advances and is included in the MTA Capital Program, as with all capital projects, it would be competitively bid out into the marketplace which would determine final costs.”

York Street would cost three times as much or more compared to the average ADA project budget of $79 million, and just one stop away is Jay Street-MetroTech, which is ADA accessible. That makes it not high on the list of the agency’s priorities.

“York St will be considered – as will all stations – but is not high on most data-driven prioritization criteria,” reads the presentation.

Meyer — who emphasized that he does not speak for the community board and was merely sharing his opinion — said the high estimates did not make him optimistic that the station would get another way in and out any time soon.

“Because of the cost being so prohibitive, this is going to not be high on the priority,” he said. “My comment is as always, Brooklyn gets screwed.”

The station is on track to get $7 million from a 2021 city air rights sale for a new nearby apartment and office tower, including $1.5 million for design work and $5.5 million for further improvements.

The MTA has not yet received those funds and is still working with the city to finalize a commitment letter for the money, according to Donovan.

Gallo, who has been lobbying transit officials for decades, said they should get moving.

“They have to do something,” she said. “They keep putting it on the back burner, but it’s not something that’s going to go away.”