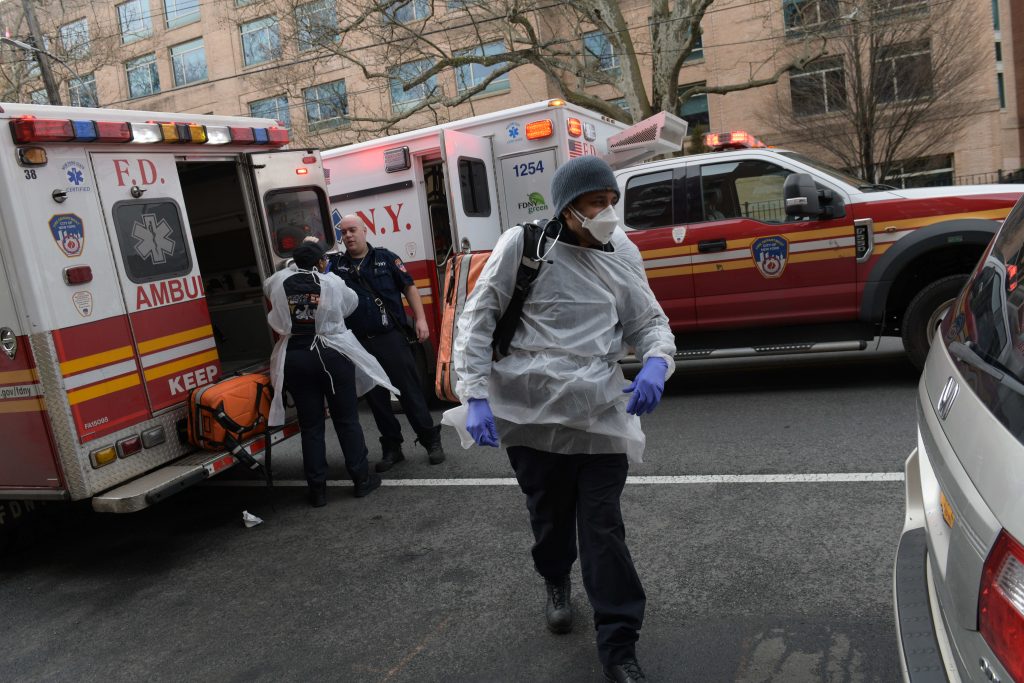 EMS workers are suing the FDNY. Most were working with Covid-19 patients. (Photo by Todd Maisel)

The FDNY is being taken to federal court after allegedly punishing four EMS responders for speaking out against health risks while fighting on the front lines of the COVID-19 pandemic.

Four individuals with the backing of the FDNY EMS Local 2507 say the department retaliated after speaking openly about the hazards they faced on the job by restricting them from working in patient care, earning overtime or working extended shifts or at night, the suit claims.

EMT John Rugen was suspended without pay for a month after the four spoke to news outlets in late march about the chaos first responders face despite not violate patient confidentiality or compromise FDNY operations.

“Our emergency responders have been putting their lives and the lives of their families at risk, fighting on the front lines of a deadly epidemic for more than three months,” Barzilay said. “When the FDNY and the City of New York failed to provide them with adequate personal protective equipment (PPE) and accurate information about the disease, we had the right – and the responsibility – to raise our voices and tell the public about the serious threat of this insidious virus to the health and safety of all New Yorkers. That the FDNY responded with vengeance by retaliating against our members for exercising their First Amendment rights is an absolute outrage.”

The lawsuit, filed in the Southern District on Wednesday, requests an injunction to prevent such retaliation in the future and a declaratory judgment that the members were within their rights to speak about their experiences. According to the court documents, FDNY did not provide any warning to the members that punitive measure were going to be taken and were not given the opportunity to plead their case, therefore invoking the Fourteenth Amendment of the Constitution.

“The FDNY respects the First Amendment rights of its employees but those rights must be carefully balanced to respect the privacy rights granted under the law to patients receiving emergency medical care. We’ll review the case.”

If the plaintiff prevails in the litigation, FDNY will also have to pay up for the pay Rugen and the other missed out on while on restricted employment.

As well as complaints that not enough pay or PPE was provided, Rugen claimed that many emergency workers had taken to sleeping in their cars during the height of the pandemic to mitigate the risk of spreading the disease to their families at home.