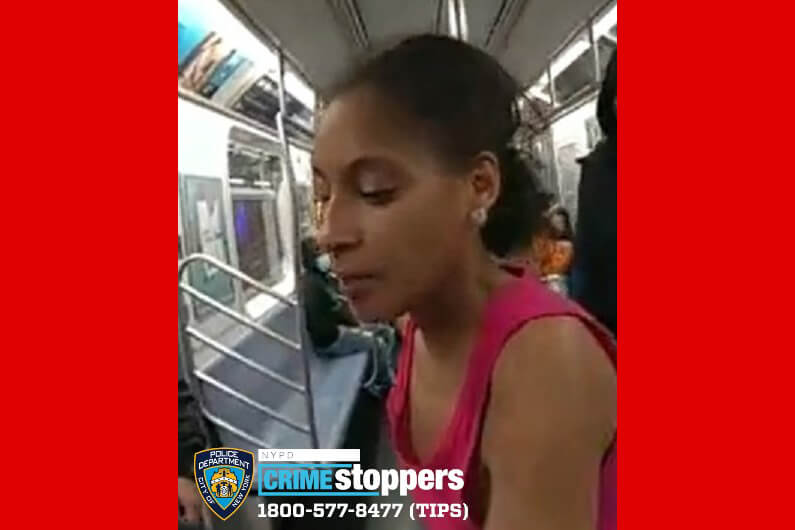 A picture of the suspect who kicked a police officer on board a 4 train at the Franklin Avenue-Medgar Evers College station in Brooklyn on Dec. 2, 2020.
Photo courtesy of NYPD

Cops are looking for a woman who kicked a cop on board a subway train in Brooklyn earlier this week as the officer attempted to break up a fight.

Police released on Dec. 4 pictures of the female suspect involved in the assault that occurred at 12:04 a.m. on Dec. 2 on board a Manhattan-bound 4 train at the Franklin Avenue-Medgar Evers College station in Crown Heights.

Authorities said the 30-year-old male officer tried to stop the dispute when the female suspect attacked him, kicking him square in the back. Following the assault, the woman fled in an unknown direction.

Police said the officer suffered bruising and pain to his back, but refused medical attention.

The NYPD described the attacker as a woman with a light complexion between 25 and 30 years of age, standing 5 feet, 2 inches tall and weighing about 110 pounds. She was last seen wearing a pink tanktop, a black jacket and a black hat.