‘Reckless’ bicyclist in Riverside Park punched two people who complained about him: cops 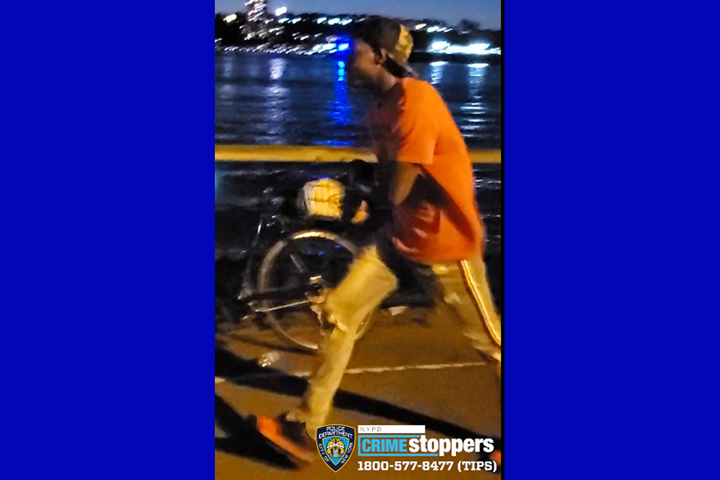 The suspect who punched two people at Riverside Park on June 21, 2020. (Photo courtesy of NYPD)

Cops are looking for a bike-riding suspect who punched two people following a verbal argument at Riverside Park on Sunday night.

Law enforcement sources said the assaults took place at about 9:35 p.m. on June 21 inside the park, off the intersection of Riverside Drive and West 84th Street.

Sources familiar with the investigation said that a 71-year-old woman observed the suspect riding recklessly on the promenade and got into an argument with him about it. A 40-year-old man then also became involved in the dispute.

The words turned physical, police said, when the suspect dismounted his bike, walked over to the man and punched him in the face.

Seconds later, cops reported, the assailant approached the 71-year-old woman nearby, punched her in the face and stole her cellphone. He then took off from the scene.

Officers from the 20th Precinct responded to the incident. Both victims suffered pain, but refused medical attention.

On June 23, the NYPD released cellphone video, provided by an unknown individual, showing the suspect involved in the attacks.