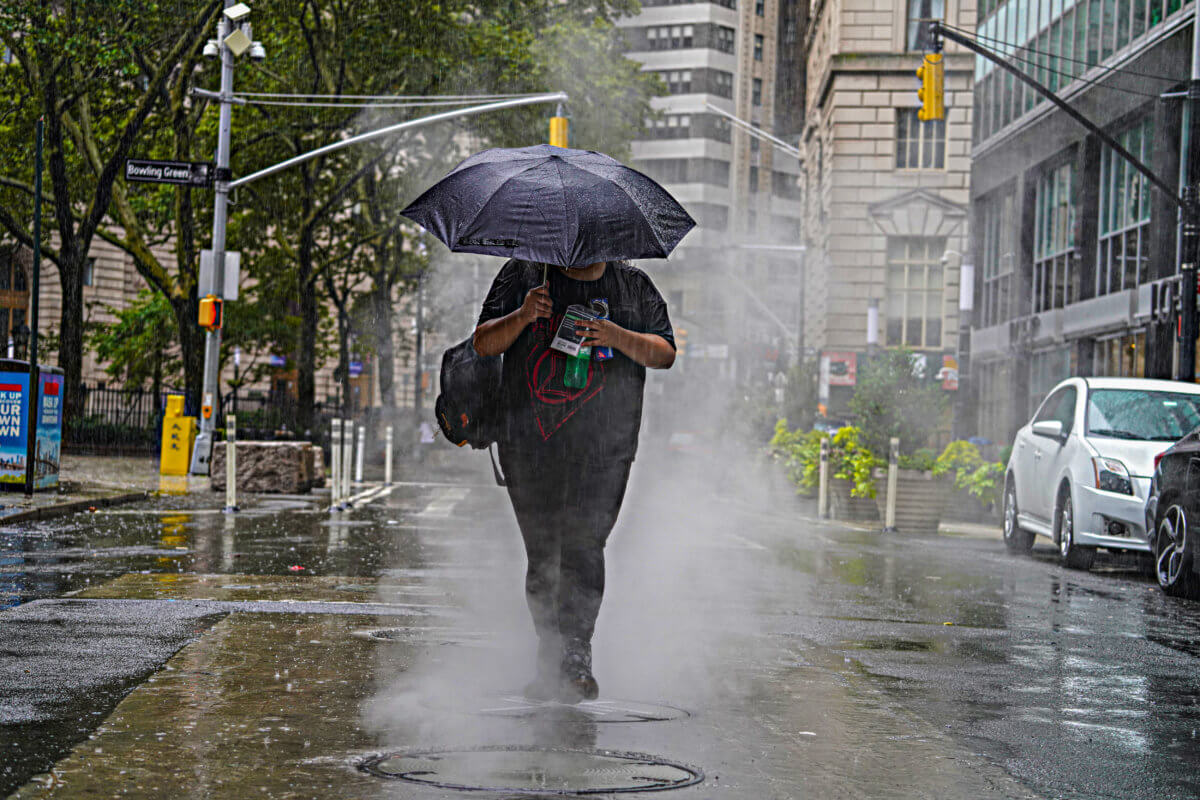 One of the wettest summers in New York City history is about to get even more saturated, thanks to the remnants of Hurricane Ida.

After tearing up Louisiana as a Category 4 hurricane, Ida has significantly weakened into a tropical depression that churned over Tennessee and Mississippi as of Tuesday. But the low-level system is moving northeast-bound over the next 48 hours, and is expected to drench the Five Boroughs between Wednesday and Thursday afternoons, according to the National Weather Service.

Forecasters say Ida’s remnants may bring up to 3 and 5 inches of additional rainfall across the region, with heavy downpours at times; areas may experience rainfall rates of 1 to 2 inches per hour. That comes less than two weeks after Tropical Storm Henri dropped record-setting downpours across the city, with parts of Manhattan and Brooklyn recording between 7 and 9 inches of rain.

As a result, New York City and its suburbs across the tri-state area are under a flash flood watch from 2 p.m. Wednesday, Sept. 1, through 2 p.m. Thursday, Sept. 2.

“Abnormally wet conditions so far this summer have resulted in higher than normal streamflow and water tables, which elevates the flash flood threat,” according to a National Weather Service advisory issued Tuesday morning.

While severe flooding is not expected from Ida’s remnants, there’s risk for flash floods in areas with poor drainage, and alongside creeks and streams across the area. The storm may also produce isolated thunderstorms.

Report any obstructed catch basins, or any observed flooding conditions, to the city’s 311 hotline. Do not attempt to travel in flooded roadways.