Fire breaks out in vacant Hotel Pennsylvania in Midtown 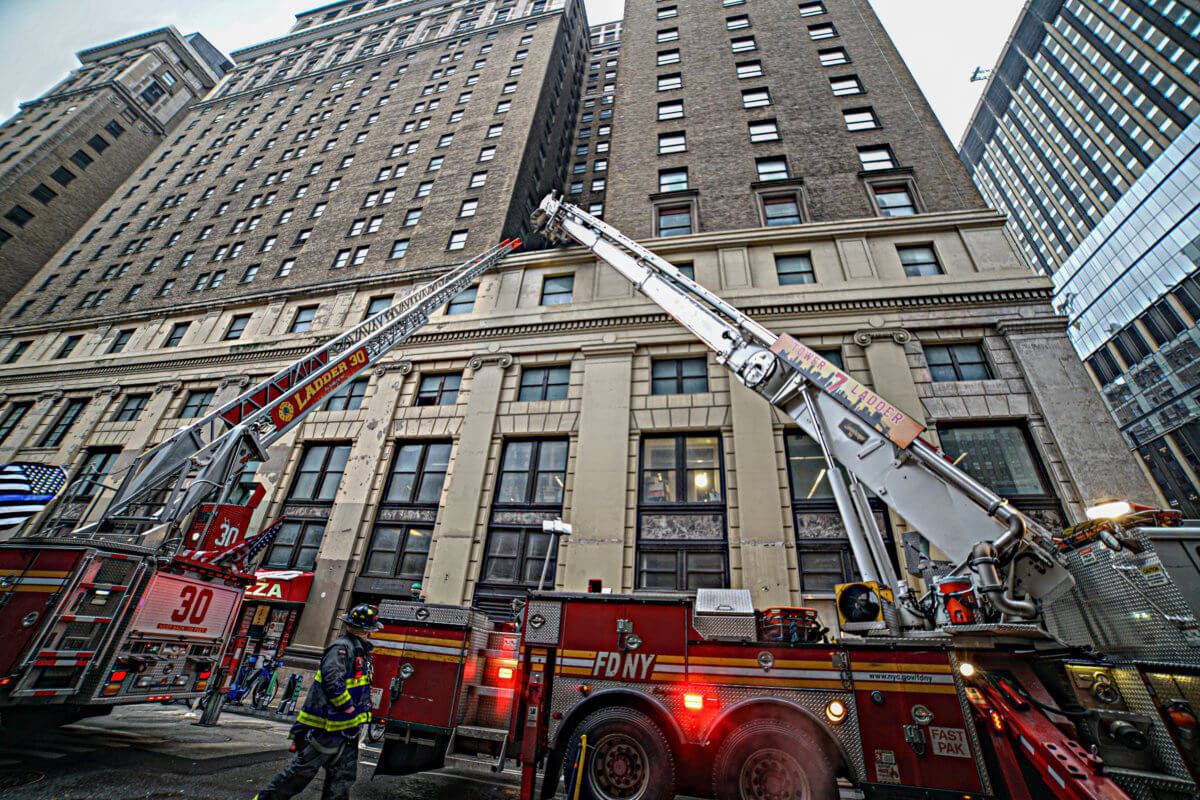 A fire broke out in the Hotel Pennsylvania on Feb. 7.
Photo by Dean Moses

Smoke engulfed the Hotel Pennsylvania after a fire broke out inside of the building Monday, according to FDNY sources.

A convoy of fire engines descended upon 401 7th Ave at approximately 2pm after several 911 calls reported dense plumes of black smoke emitting from the high rise. The 23-story hotel was vacant of guests due to developing demolition. The hotel, which closed its doors in April of 2020 is scheduled to be replaced by a 1,270-foot-tall office skyscraper.

The sight of black clouds surrounding the building drew spectators who filmed the incident and the some 20 FDNY units who battled the blaze. FDNY sources confirmed it took about 78 firefighters within 45 minutes to bring the fire under control. No injuries have been reported.

With the building being vacant, it is currently under investigation on how the fire started.