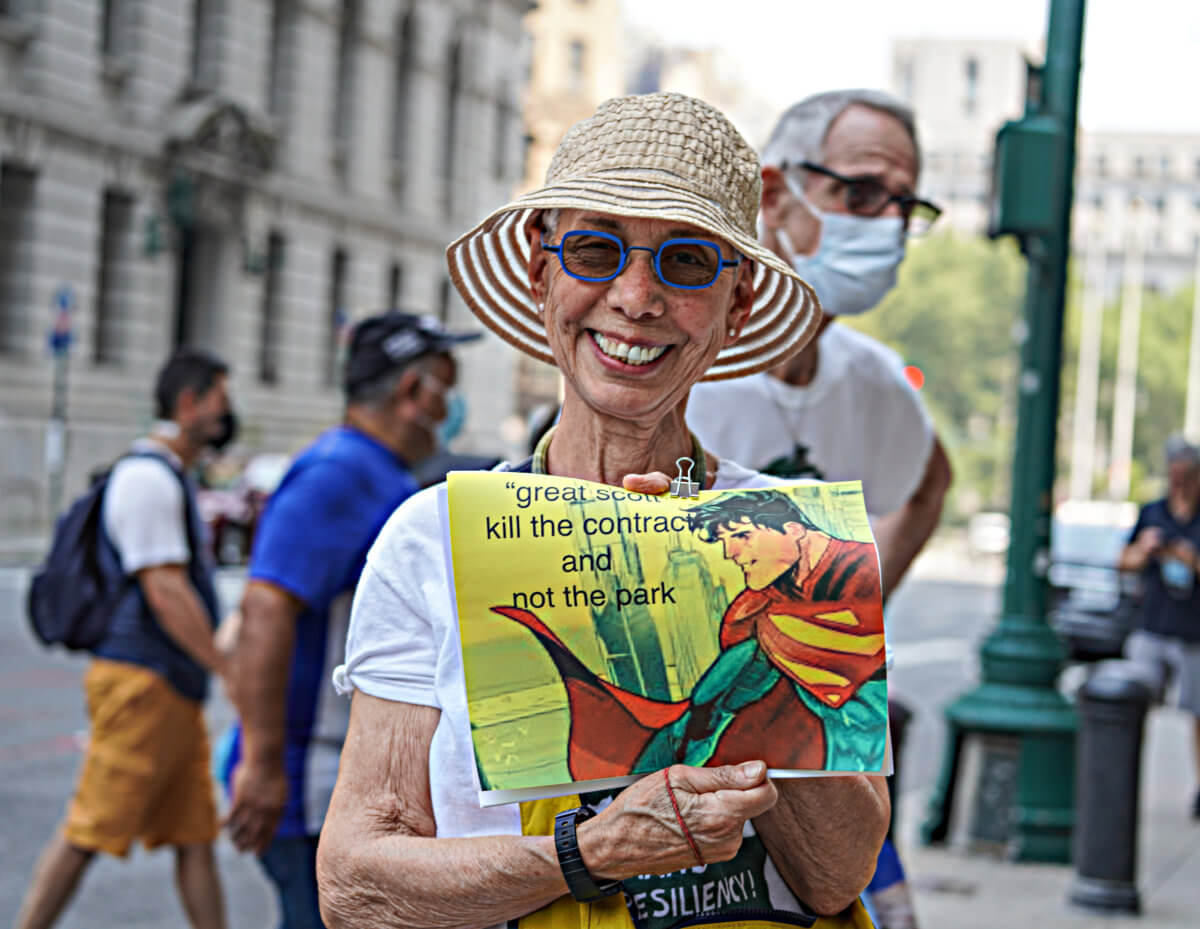 City Comptroller Scott Stringer has sent back the East Side Coastal Resiliency (ESCR) project contract back to the city’s Department of Design and Construction (DDC) unsigned.

After several discussions with the DDC, the comptroller is requesting the agency tackle some unresolved issues, including information disclosure concerns.

The decision came days after throngs of Lower Manhattanites descended on the Comptroller’s office on July 27 to plead with Stringer to not sign off on the contract. The critics say the ESCR plan would uproot some 1,000 trees and fill the East River Park with 1 million tons of industrial soil as flood protection.

Though Stringer kicked the contract back to the DDC, it does not mean that he won’t sign it in the future — or that the project won’t move forward.

“As is the case with every contract, the Comptroller’s Office has conducted a thorough review and engaged with the City through a series of questions and answers to determine compliance with all applicable rules and regulations pertaining to this $1.2 billion contract,” said Hazel Crampton-Hays, press secretary for the comptroller, in a statement. “Since we were unable to resolve all of our questions within the 30-day review period, our office has returned the contract to DDC to allow them additional time to address the outstanding issues.”

Although the ESCR project is promising new amenities and a new footpath bridge, the activist group East River Park Action believes the cost of the destruction outweighs the potential benefits.

In responding to this report, a DDC spokesperson told amNewYork Metro: “It’s not unusual for the comptroller to request additional information about a contract. We are answering those questions and we fully expect that the contract will be registered.”