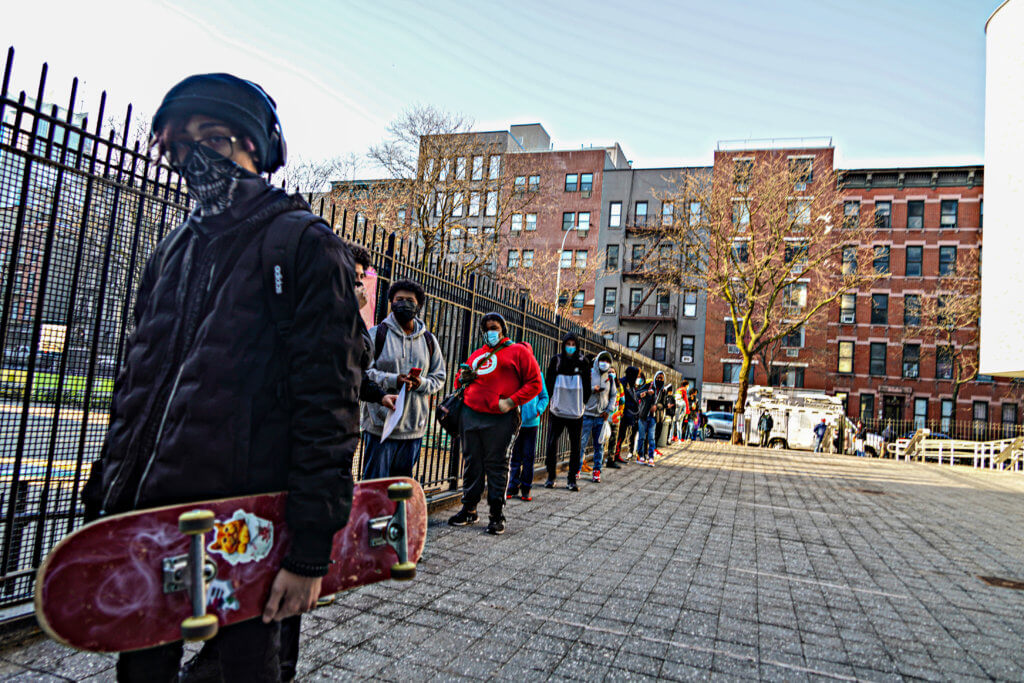 Call it going back to basics: the city’s Department of Education is again changing its high school admissions process, returning to a policy of screening students based on academic merit, the agency announced Thursday.

It’s an aboutface from the DOE’s previous controversial lottery system in which all students had to rank their top 12 high school choices and hope they would get a seat in the school they want.

Under the new policy announced Sept. 29, Schools Chancellor David Banks said the top 15% of students in each school — or with a grade point average of 90 or above — will be given the first access to screened schools. Approximately 20% of students will fall in that category, compared to the 60 percent last year. Seats not filled will subsequently be filled by the following tier of students.

“For decades, parents have called out about how confusing and complicated it can be to enroll in New York City public schools, especially at the high school level,” Banks said. “This is just the beginning. But it represents a significant step forward in making admissions to our public school accessible and fair.”

“Many parents and students were rightly outraged at last year’s randomized admissions process in which many students failed to place any of their ranked picks, and were forced to attend schools that were often unaligned with their interests and far from home,” said Liu. “At first glance, the DOE’s plan appears to edge away from that widely loathed lottery and place greater emphasis on academic diligence and achievement.”

Liu, the chairperson of the Senate Committee on NYC Education, recently called upon Banks to fix the current lottery admissions process that Liu believed was “a relic of the pandemic” and that instead the Department of Education (DOE) should reinstate an admissions system “that values diligence and achievement.”

“Chancellor Banks is right to recognize that many areas of the city have long been underserved by a lack of accelerated learning schools,” said Liu on Thursday. “Equity and achievement should never be mutually exclusive, and it remains unclear if the administration’s efforts to narrow the lottery bands, even to 15%, fosters true educational achievement and equity. The DOE and Chancellor Banks must be sure to work through this delicate balance by doing more to engage the parents, students and stakeholders across the city who feel excluded by previous administrations and still left out of the process today.”

Not everyone is on board with the DOE’s plan. Among the loudest critics is City Comptroller Brad Lander, who alleged in a Sept. 29 statement that the change was a step backward for the city’s public school system toward segregation.

“At most, restoring middle school screens will enable a very small percentage of New York City’s students to access schools with high expectations, while the vast majority will wind up with schools with fewer high-achieving students, a greater percentage of students experiencing poverty, lower expectations, and less attention to enrichment in their learning,” Lander said in a statement. “Meanwhile, data released just yesterday shows that only 38% of NYC students in grades 3-8 show proficiency when assessed on the state math test, and most of them attend schools that had their budgets cut this year. And it’s worth remembering that all of these kids are still emerging from the trauma of the pandemic. This should be a year that’s about helping our students heal and grow together – not about competition to divide them.”

Councilmember Sandra Ung issued a statement commending the decision to abandon the lottery-based admissions process, but the councilmember also expressed some hesitation regarding certain aspects of the amended process.

“Our students deserve better than a random lottery that ignores merit, and they should be confident that their hard work will be recognized and rewarded. This new plan is a step in the right direction,” said Councilmember Ung. “However, I still have several reservations regarding the new guidelines, and I look forward to working with DOE, as well as collecting feedback from principals, students and parents, to continue to make the admissions process as fair as possible for all of our public school students.”