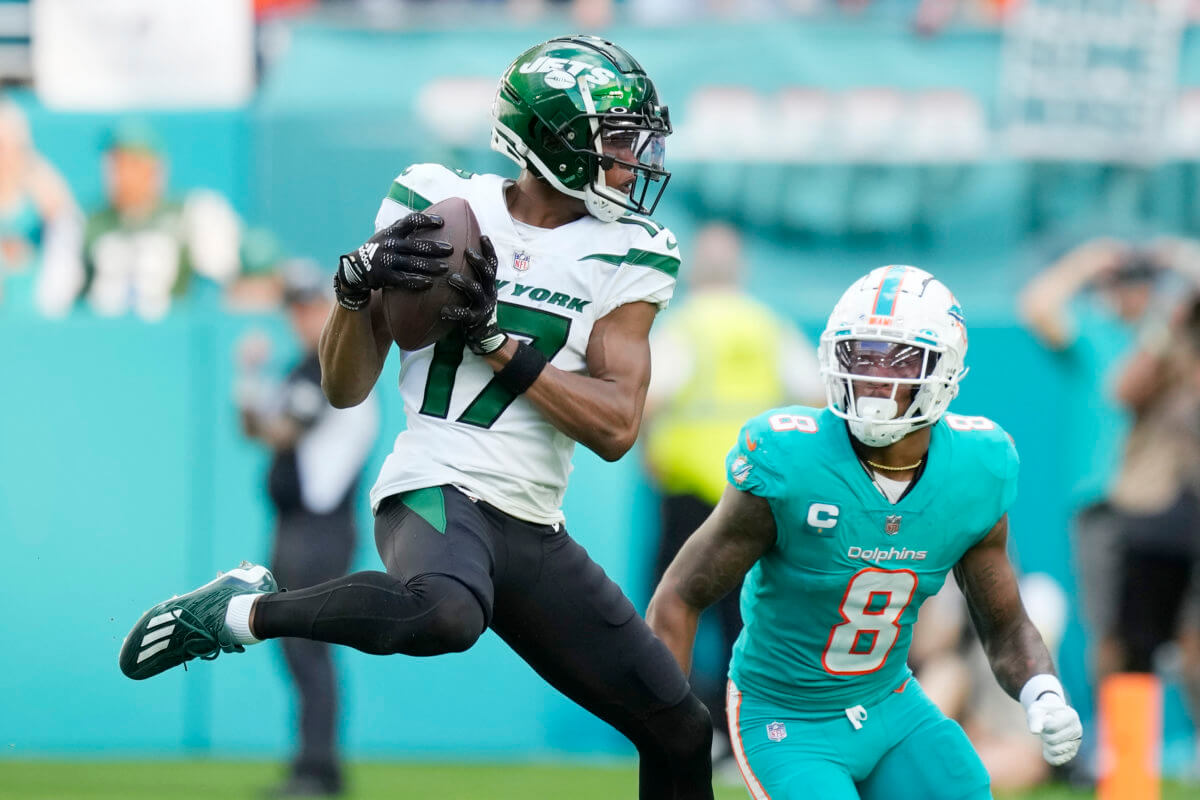 Yet again, Gang Green couldn’t muster much on the offensive side of the football with Joe Flacco under center, and scored on just two field goals, and punted five other times.

The veteran signal caller took the starting role from injured Mike White, who himself replaced struggling quarterback Zach Wilson earlier in the season.

As has been the case all season long, the team’s defense carried New York through nearly four quarters, but allowed Miami to march down the field as time winded down in the fourth quarter with an 8-play, 36-yard drive that allowed Dolphins kicker Jason Sanders to kick a game-winning field goal from 50 yards out.

The Jets then fumbled the ball with just seconds on the clock in the 9–6 game, only to recover it in their own endzone, and be called for a safety to end the game at 11–6.

The result marks the Jets sixth-straight loss, and ends their once-promising season on a sour note. They went 7–10 on the season, which, despite missing the playoff again, was an improvement from the 4–13 campaign last year.

New York did not score a touchdown in any of their final three games.

Flacco finished the game with 18 completions on 33 attempts for 149 yards.

Rookie wide receiver Garrett Wilson, who the Jets drafted 10th overall last offseason, continued his stellar campaign and was once again the offensive high-point for Gang Green with nine catches for 89 yards.

Meanwhile, the Jets running game was utterly dysfunctional through four quarters, and totaled just 38 yards on the ground across 20 rushes.

Bam Knight led the team in attempts with 12, but recorded only 22 yards against the Miami defensive front.

As the team heads into the offseason, their finale will only add fuel to the fire for the critics of offensive coordinator Mike LaFleur — as the team looked out of place and inept whenever they got into Dolphins territory.

When asked after the game, head coach Robert Saleh was non-committal about LaFleur’s future with the team, saying only that they would “follow their process.”

The team’s special teams unit also left points on the board, as kicker Zuerlein missed a 55-yard field goal attempt in the second quarter.

Adding insult to injury for the Jets and their porous offensive performance, they really didn’t need that much to come away with a win.

With Miami quarterback Tua Tagovailoa sidelined with yet another concussion, Skylar Thompson took over the starting role for the Dolphins, and led the team to just 302 yards of total offense.

The Jets defense, despite already being eliminated from playoff contention, stepped up once again, and showed why they are considered one of the better units in the NFL.

In particular, rookie cornerback Sauce Gardner, who the team drafted fourth overall in the 2022 NFL Draft, and is among the top contenders to win Defensive Rookie of the Year, put on a spectacular performance against Tyreek Hill. One of the best receivers in football, Hill finished the game with just

Still, without an offense that could muster more than six points, there was not much more the defense could do.

Winning on Sunday, combined with a loss from the New England Patriots, propelled Miami into the playoffs as the final AFC Wild Card team.

It’s been a long season for the Jets, and the coming offseason will surely see some significant turbulence — with possible coach changes, an intense search for a long-term quarterback, and an effort to manage the often-red-hot tempers in the locker room.

But Sunday’s loss showed, once again, exactly why the franchise will need to take significant action to correct the gaping holes plaguing the team.