Report: JT Realmuto would prefer to stay with Phillies, not ‘keen’ on playing for Mets, Yankees 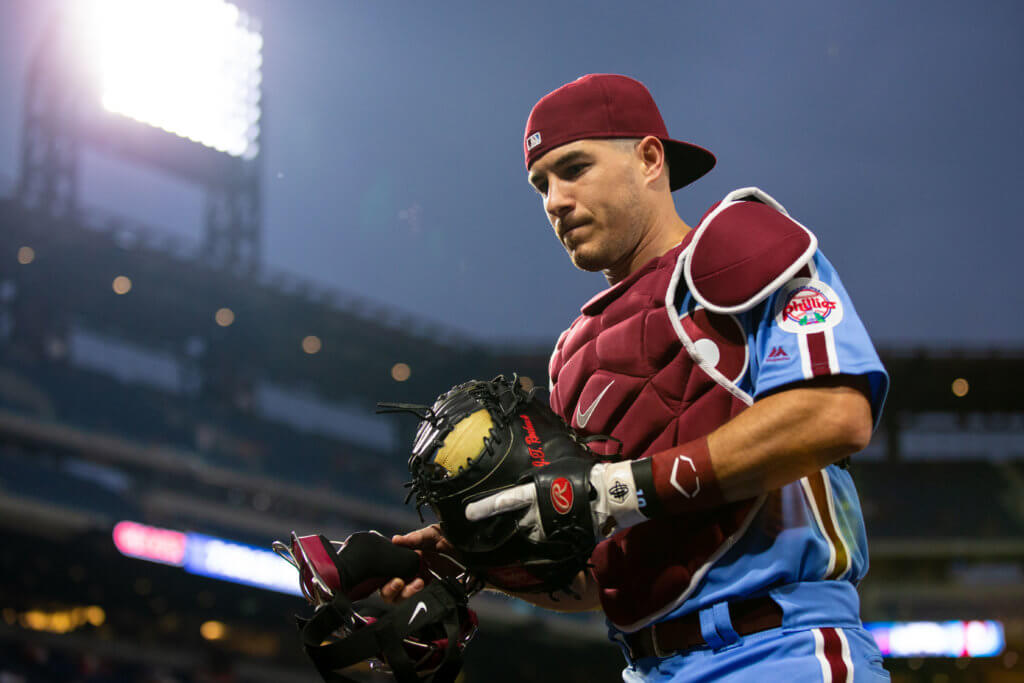 Amongst MLB’s best available players this winter is All-Star catcher JT Realmuto — who spent the last two seasons with the Philadelphia Phillies — and is in line for a handsome payday as the league’s best player at his position.

That impending big-time contract had initially linked him to other big-market clubs, most notably the New York Mets and Yankees, who would be willing to open their checkbooks to fill their needs behind the plate.

Speculation tabbed Realmuto and his representation asking for a $200 million contract, though, which looked as though would have immediately put the Phillies out of contention for the catcher.

Their owner, John Middleton, somewhat echoed those sentiments considering the financial future of baseball is murky and he’s already paying the $330 million contract of Bryce Harper.

“Can you tell me what the governor and the mayor of Philadelphia are going to allow us to have next year in the way of fans?” Middleton said Saturday. “Because if you do, you know something that I don’t. So I have no idea what we’re going to be allowed. Obviously, that will determine our revenues, and revenues determine what you can do and what you can’t do.”

The general consensus, however, is that Realmuto won’t come close to making that kind of money on his next deal considering he’s almost 30 and has recently dealt with knee and hip issues. That re-opens the door for the Phillies to retain him, which would be music to Harper’s ears as he’s been the loudest voice for Middleton and Co. to retain the 29-year-old.

Realmuto returning to Philadelphia only gained more traction on Wednesday when NBC Sports’ Jim Salisbury reported that Realmuto would “like to remain in Philadelphia and is not particularly keen on playing in New York.”

However, he added that if the Mets or Yankees sizably outbid the Phillies, all bets are off.

The Yankees have been more frugal in recent years compared to their wild-spending-ways of the early-2000s, but a possible desire to move on from Gary Sanchez could create the need to find a new franchise catcher.

As for the Mets, they are not expected to bring back Wilson Ramos on his club option and the approaching arrival of owner Steve Cohen — who will be the richest club owner in baseball — immediately thrusts the Mets into any notable free-agent conversation.

A $200 million payday though would be an awful lot for either team to dole out, with one Mets source telling amNewYork Metro earlier this month that such a contract “is an insane number.”