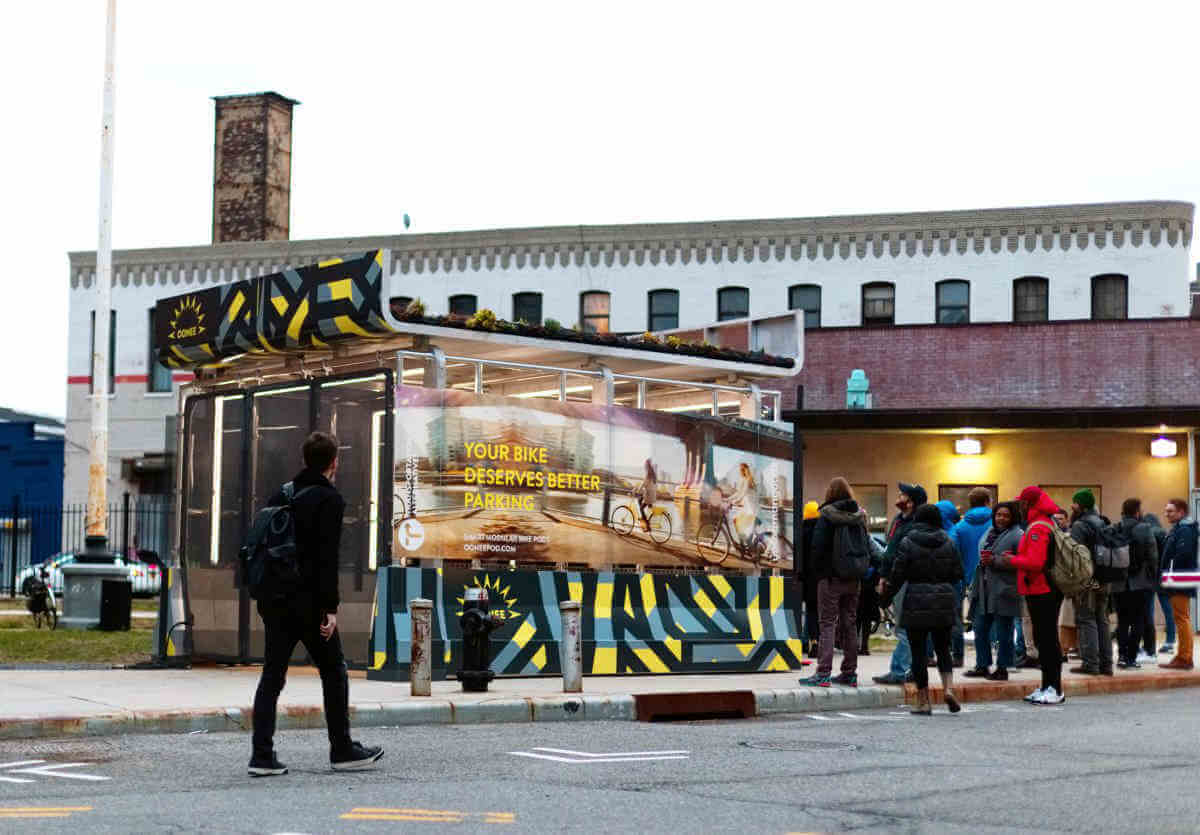 The Port Authority of New York and New Jersey is gearing up for new bike parking facilities at three of its properties in the Big Apple and across the Hudson River in the Garden State, the agency announced Tuesday.

Brooklyn startup Oonee will install its modular storage pods by late summer, offering a free and secure place to lock up 20 bikes outside the Port Authority Bus Terminal mid-block on 42nd Street and near the Holland Tunnel at Hudson Square along Canal and Hudson streets.

Two smaller pods known as “Minis” capable of storing six bicycles each will roll out at the Harrison PATH station in New Jersey.

“The Port Authority continues to look for ways to provide additional secure bicycle options at our facilities, reflecting the growing commitment to expanded biking options for employees, customers and other patrons across [the] agency’s facilities,” said Port Authority Executive Director Rick Cotton in the May 17 announcement. “We are delighted to be working with a local, Brooklyn-based company to achieve these goals.”

Oonee’s publicly-accessible vaults open via a mobile app and come with security cameras, theft insurance, air pumps, and ads on the outside to fund their installation and upkeep.

The project comes at no cost to the Port Authority, the agency said.

“Bicycle parking that is protected from weather, vandalism and theft are essential at the beginning and end of trips in order for the bicycle to become a truly viable means of transportation,” said Oonee’s founder and CEO Shabazz Stuart in a statement. “These new facilities will substantially improve the experience of PATH and Port Authority Bus Terminals customers as well as the quality of life in the Hudson Square community. We cannot wait to begin the installation process.”

The company debuted the cyclist-friendly infrastructure with a 20-bike pod outside Brooklyn’s Atlantic Terminal in 2019 and has since planned further expansions in the city and in New Jersey.