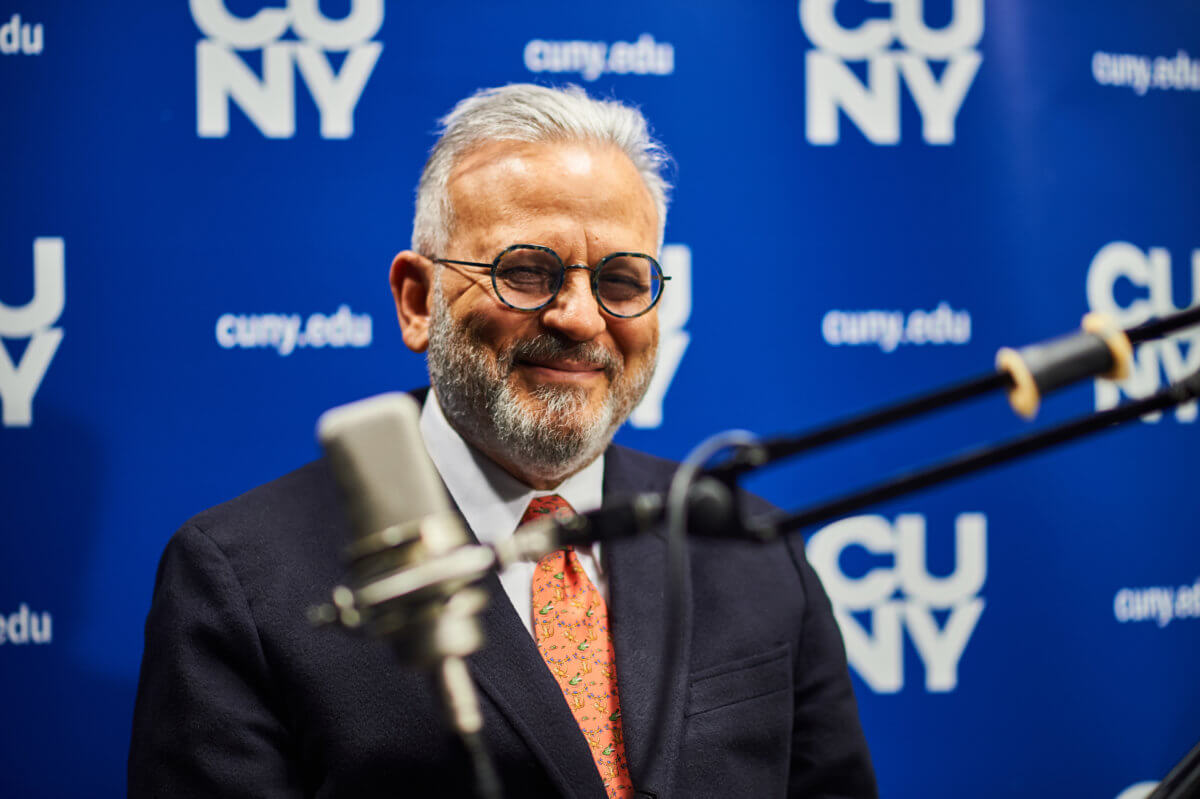 Aiyana Braswell was a college student in Houston when COVID-19 reached the U.S. in the spring of 2020. Aiyana, who is Black, began working as an EMT, saying she wanted to work on the front lines and “advocate for people who look like me.”

“It was clear that the virus was hitting certain communities, such as my own, harder than some other communities,” Aiyana says. “And I wanted to get involved.”

Fast forward 18 months later: Aiyana is now a student at CUNY’s Graduate School of Public Health and Health Policy (CUNY SPH) pursuing an Advanced Certificate in Public Health. She plans to eventually complete a graduate degree in epidemiology. “That’s why I wanted to pursue public health,” she says, “because there’s a difference in how you are treated based on your economic status.”

It doesn’t surprise me that Aiyana’s strong desire to make a difference brought her to CUNY SPH, one of CUNY’s seven graduate, professional and honors schools. As the pandemic has reshaped our world, the school has been particularly well positioned to meet the fast-evolving challenges of these times.

Since its founding in 2016, CUNY SPH has blossomed into an invaluable resource for scholarly research and community engagement at a time when New York — and the world — has needed it most. Under the leadership of Dean Ayman El-Mohandes, a pediatrician with a deep commitment to public service, the school has grown into a formidable institution of advocacy for the eradication of inequities in the public health care system.

In just five years, the school has doubled the size of its student body to a record 949 students registered this semester while tripling its research funding to more than $17 million for the current academic year. This year, CUNY SPH and the NYC Department of Health and Mental Hygiene received a five-year, $3.3 million grant from the National Institute of Mental Health to help people living with HIV achieve viral suppression. The school also received a $500,000 grant to launch the Campaign for a Food Secure CUNY, a new initiative to help CUNY students combat food insecurity, a problem that was growing in scope well before it was exacerbated by the pandemic.

No doubt this is part of the reason why CUNY SPH was recently ranked 16th of 123 graduate schools of public health across the nation, as well as the top-ranked public school of public health in the New York tri-state area, by U.S. News & World Report.

With the onset of the COVID-19 pandemic in March 2020, the school became a valuable source for expert perspectives with its world-class faculty and staff routinely quoted in the national and global media. The school’s regular surveys of New Yorkers’ opinions on all things COVID-related were an important source of information for health officials and policymakers. The school’s Institute for Implementation Science in Population Health (ISPH) monitored the pandemic response and tracked antibody test results among nearly 7,000 individuals nationally, which helped schools better prepare for remote or in-person learning during the pandemic.

CUNY SPH’s research is created locally, but its reach is global. The school published an international study in Nature Medicine gauging potential acceptance of a COVID vaccine, which was one of the first to address vaccine hesitancy. And through their CONVINCE USA initiative, CUNY SPH has promoted vaccine literacy and boost confidence in life-saving COVID-19 vaccines.

This dedication to public service is reflected in the articulated ambitions of the students it attracts. Students such as Kevin Chin, who, after working for nearly two decades as an information technology consultant in the health care industry, decided to take a break from his high-pressure job. He returned to New York in early 2020, just as the pandemic hit, and the extra time off gave him an opportunity to reflect.

After much soul-searching, Kevin enrolled in CUNY SPH to pursue an MPH in Health Policy and Management. “After I complete my degree, I want to look for jobs where I can help enact better health care policies that improve everyone’s lives,” he says. “Not just the lives of a few.”

It fills me with pride, hearing how these students have been motivated by the important role that CUNY SPH has played these past 18 months. This pandemic is far from over. But with each month, we grow more optimistic as we look to build a more equitable post-pandemic future, and New Yorkers know that CUNY and its students are helping to make that future a reality.