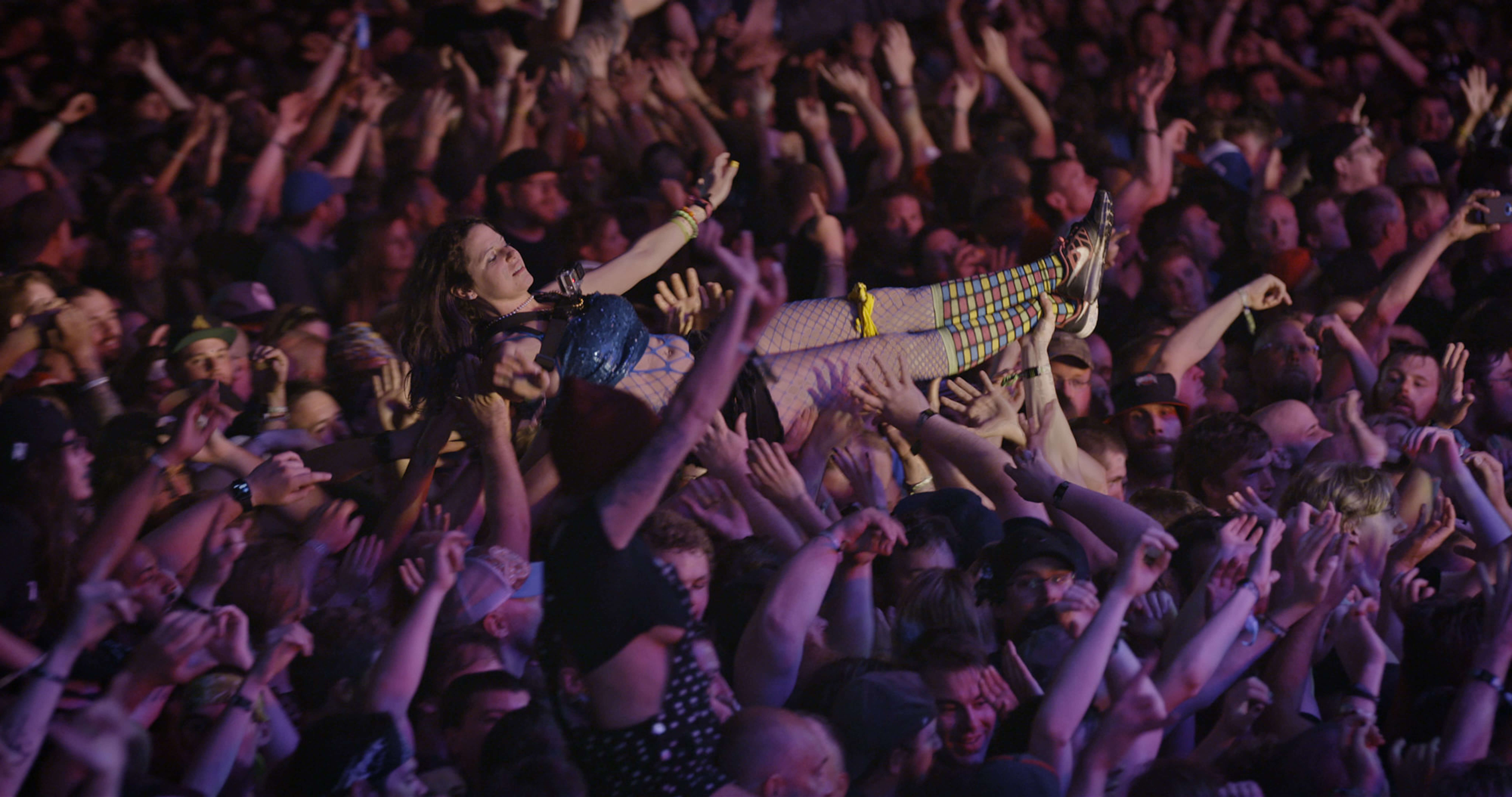 We’ve heard that question over and over, along with a slew of opinions masked as answers surrounding that exact inquiry. But, the truth is, we all just have to make our own assumptions. And there is something that might help you make up your mind: A new documentary film from Jonathan McHugh, a producer, director and music supervisor who has produced a wide array of documentaries and feature films. McHugh, who’s also just a fan of music, especially rock, recruited other fans in the industry to get the project filmed, funded and off the ground—and the result ended up being 80 minutes of die-hard audiences showing their passion while equally ardent filmmakers try to capture the emotion from both sides.

That sounds like a labor of love. And it’s on a subject that some people are discussing the mortality of…. So you tell me, is rock dead?

Jonathan McHugh sat down for a chat about what went into making “Long Live Rock: Celebrate the Chaos.”

Where did the idea for this documentary come from?
My friend and producer Gary Spivak is a festival promoter, he’s done some of the biggest rock festivals in America. I had pitched him before and said, ‘Hey man, this fandom is so intense, why don’t we make a movie about this?’ [But] I didn’t really know how to get it done. First, it just sat there, but then he booked Metallica, and he said if we were going to do it, now is the time….So I said alright, we just have to do it ourselves then. I called my cinematographer, he loves heavy metal music and [I] bought him a plane ticket, Gary got motel rooms, set up some rockstar interviews, set us up with the trailer in the back of the venue and we got such amazing stuff that we got a private sizzle reel. We sent it to a financier that loves to rock, he gave us some money to keep it going, we then took that to a company in England and they agreed to fund a good chunk of the movie. So, it was literally just spit glue trying to put everything together and trying to make it happen.
What sets this fandom apart from other music genres?
I think because it’s not a mainstream type of music. When you talk loud guitar and vocals, it’s not for everybody. You have to be in a real mood or headspace for it. What you realize is the fans of this music just love it, they’re passionate about it, it’s a community and it’s a culture.
Did any moments from filming stand out to you?
As we enter the party crew, you look at crowd surfing as dangerous, but [it’s also] a high level of passion and really like letting it all go. You’re putting your body in harm’s way and thousands of strangers are responsible for your well-being. You’re showing your fandom at the most possible height that you can because you’re up above a crowd. The fans talk about the euphoria of it, and we had a GoPro that we put on people and went along with the ride for them and saw what it feels like and what it looks like. One is Jess, the crowd surfing nurse who loves to fish, there’s Michelle who lost her leg in a motorcycling accident and crowd surfs in a wheelchair and tries to get other people with other disabilities to do the same. She’s a beautiful human being. Then Michelle and her husband—she crowd surfs on top of him and that’s pretty amazing.

What about the musicians?
The first day of shooting was basically the two people we really wanted, which was Lars from Metallica and Chris Cornell, the lead singer of Soundgarden. Chris and I had worked with for years and I was really excited. Then, obviously at 6 o’clock that morning I got the call that Chris Cornell was dead. His band was already in Colombus and he died in Detroit, so obviously that wasn’t happening. Then it was a scramble for who was going to film for Chris? We got some of that on film. We also didn’t plan on getting into the whole drugs and alcohol thing for the film but then that happened and then we were going to interview Chester Bennington and he passed away then Scott Weiland had died a few years before…So we decided to add that into the movie because it was important.
What do you think about the timing of this film? It’s coming out at a time where most of us haven’t seen live music in a year.
It’s very strange. I’ve seen this movie played on the big screen and I’ve just seen people jump up at some parts, which has been fantastic. You want that badly. But then, you realize this is exactly a year to the weekend that everything shut down…So what a kind of interesting thing to give to the fans, to be able to say, ‘Hey I know it’s been lock down, I know you haven’t been to a show or festival and you might not be able too for a while, but here is something to tide you over’. It’s a moment in time I think it important for us to not sit on any longer because it has been for most of the pandemic.
Is rock dead?
When you see all of these people in a field rocking out to music, you know it’s not dead. But it’s not mainstream. In a way, it’s their own badge of honor that they don’t want it to be mainstream. That world more than any uses the word “sell out” as a bad thing. There’s that badge of honor that says we’re who we are, this is what we do, we occasionally stretch out our boundaries, but this is our thing. If you like it, great, if not, you’re out.
‘Long Live Rock’ will be available to rent March 12.