SEE IT: Thousands of cosplayers and fans return to New York Comic Con for four-day extravaganza after COVID-19 hiatus 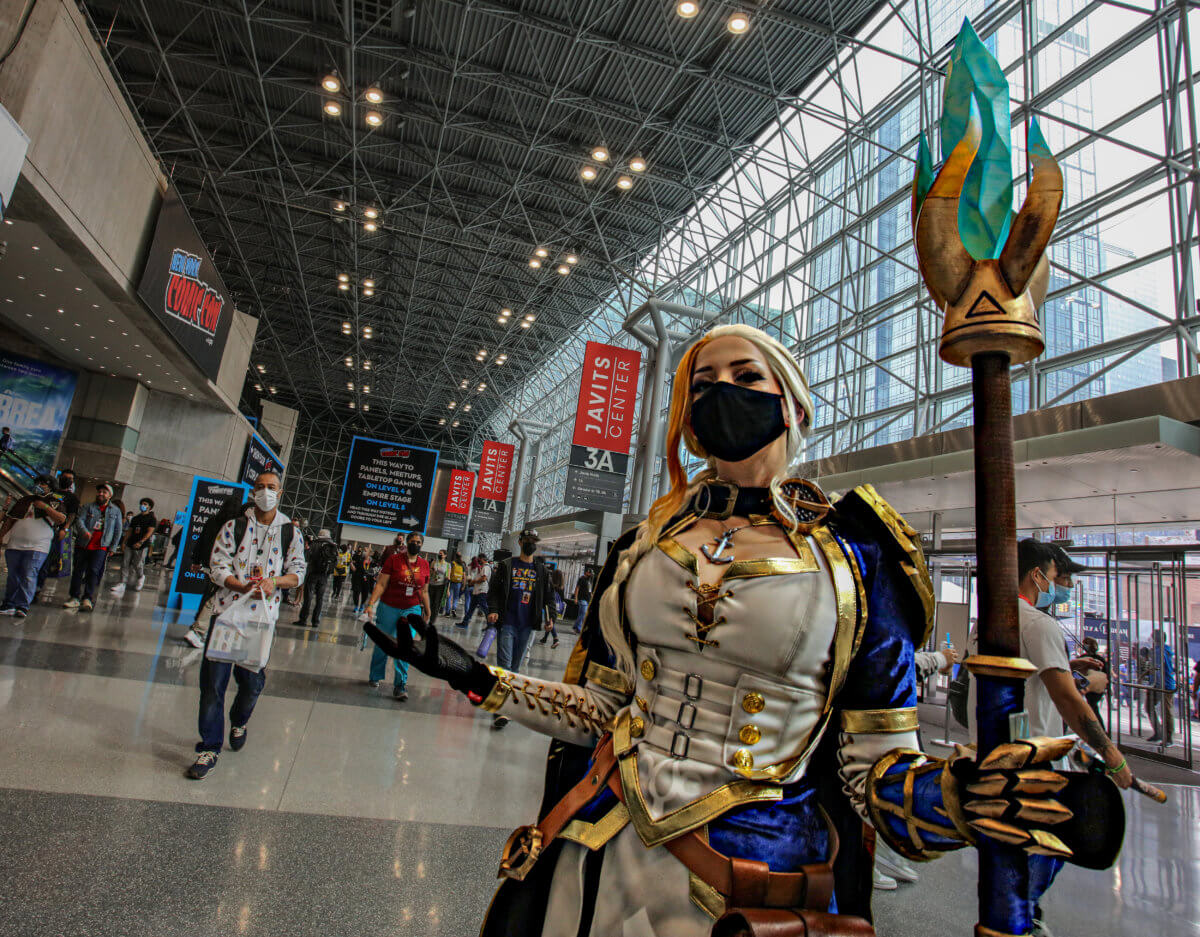 Katie Stark has been cosplaying for 10 years.
Photo by Dean Moses

Monsters, superheroes, and evil villains flocked to the Jacob Javits Convention Center for the return of the New York Comic Con following its COVID-19 hiatus.

The New York City Comic Con presented a four-day extravaganza from Oct. 7 to Oct. 10, the largest graphic novel, science fiction, and fantasy convention in the country, second only to its San Diego counterpart.

For the first time since the onset of the deadly pandemic, the city streets were overflowing with cosplayers who turned heads as their favorite fictional characters. Although it was a tight squeeze as hundreds huddled together in order to enter the entertainment mecca, the number of fans was vastly lower when compared to previous years. Reedpop, the event’s organizer, made 140,000 badges available, vastly lower than the usual 250,000, with only Saturday fully selling out (Sunday’s kid passes also sold out). With less humanity crowding the convention center’s expansive halls, fans could explore uninhibited from usual shoulder-to-shoulder horde — with stringent COVID-19 safety protocols still in place.

Every person who entered the Javits Center, including talent such as actors, displayed a green wristband which was only distributed to adults who have been vaccinated or to children under 12 who showed proof of a negative COVID-19 test. Face masks were also highly encouraged while inside the Javits Center.

Despite the fact that Comic Con looked rather different in 2021, it did not dampen the experience for longtime fans. Katie Stark has been painstakingly making her own costumes and attending Comic Con for a decade now and says although her mask may clash with her costume, it is all in the interest of safety.

“Of course, it is much different—the mask does take away from the costume a little bit but we have got to do what we have to do to keep people safe at the end of the day. There are other locations I can go to shoot photos so in a convention setting it doesn’t matter as much. Anything to keep people safe,” Stark told amNewYork Metro.

Artist Christian Masot has also been attending Comic Con for a number of years, yet this is the first occasion he displayed his artwork at his very own booth. Signing his work and even painting in real time, Masot drew attention from fans.

“I can tell you it is a little bit different than normal years, but it doesn’t feel different, the only thing is you can really see the precautions that they took. The aisles are wider, there is definitely less attendance for social distancing, but I tell you what: it feels so good to be back. I think this show does a lot for a lot of people, I think the show means a lot to a lot of people and I tell you, myself not going for a year, I felt it,” Masot said.

The Comic Con itself is a multi-floor event with various attractions designated to each area, including the show floor where ticket holder can purchase comic books, artwork, and collectables, a signing area where celebrities take selfies and scrawl their name over memorabilia, and staging areas where panelists discuss and showcase upcoming movies, television shows, and graphic novels.

But perhaps one of the most notable new additions this year was that of the Empire Stage — the culmination of a major expansion of the Javits Center, allowing more floors and, in turn, more space for spectators to witness movie premieres and listen to speakers.

Above all the glitz and glamor of the celebrities and cosplayers, for many the biggest takeaway from the event was simply their emotional return. Marvel and DC characters could be seen charging into each other’s arms as they reunited under a shared bond.