Drive right up and get a shot! Citi Field to host COVID-19 vaccine site for motorists 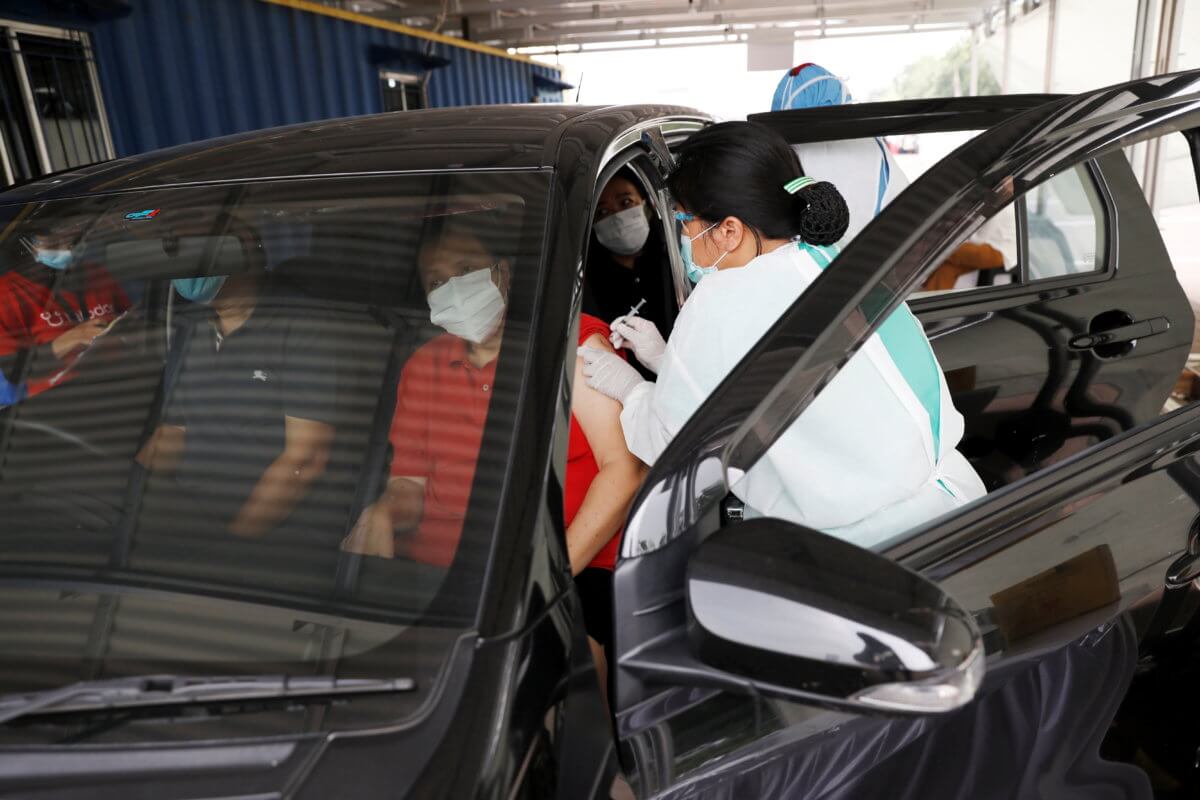 For months, the home of the New York Mets has doubled as a mass vaccination site, with more than 100,000 shots already administered. That effort will increase, de Blasio said, with the addition of a drive-thru vaccination site in the ballpark’s parking lot, scheduled to open on May 13.

The drive-thru hub, de Blasio said, is part of the city’s ongoing effort to make getting the COVID-19 vaccine easier and more convenient for everyone. Already, more than 7.15 million doses have been administered, with 3.8 million New Yorkers having received at least one dose of the two-shot Pfizer or Moderna vaccines, or the one-and-done Johnson & Johnson shot.

“We’re going to continue to encourage vaccination in all sorts of new ways,” the mayor added.

The drive-thru site at Citi Field, located near the entrance to Gate 7, will allow New Yorkers to get the vaccine without having to leave their vehicle. Appointments are required, and can be made online at the city’s Vaccine Finder website, nyc.gov/vaccinefinder, or by calling 877-829-4692.

Incentives are another key part of the city’s vaccination effort. On Tuesday, de Blasio also announced the latest enticement for those who have yet to receive the COVID-19 shot: a free, two-week membership in CitiBike — which the mayor used earlier in the morning for his commute from Gracie Mansion to City Hall.

Meanwhile, the city’s daily COVID-19 indicators continue to show strong progress and a sharply reduced spread of the virus.

De Blasio reported that just 83 patients were admitted to city hospitals with suspected COVID-19 cases, with the confirmed positivity level at 23.9%. The hospitalization rate continues to decline, standing at 1.25 per 100,000 residents.

City Health Commissioner Dr. Dave Chokshi stressed the importance now of getting as many New Yorkers vaccinated as possible while the virus regresses citywide.

“We now have an opportunity to focus on vaccination and getting as many people as possible, particularly while the numbers remain low, to prevent any future resurgence,” he said.