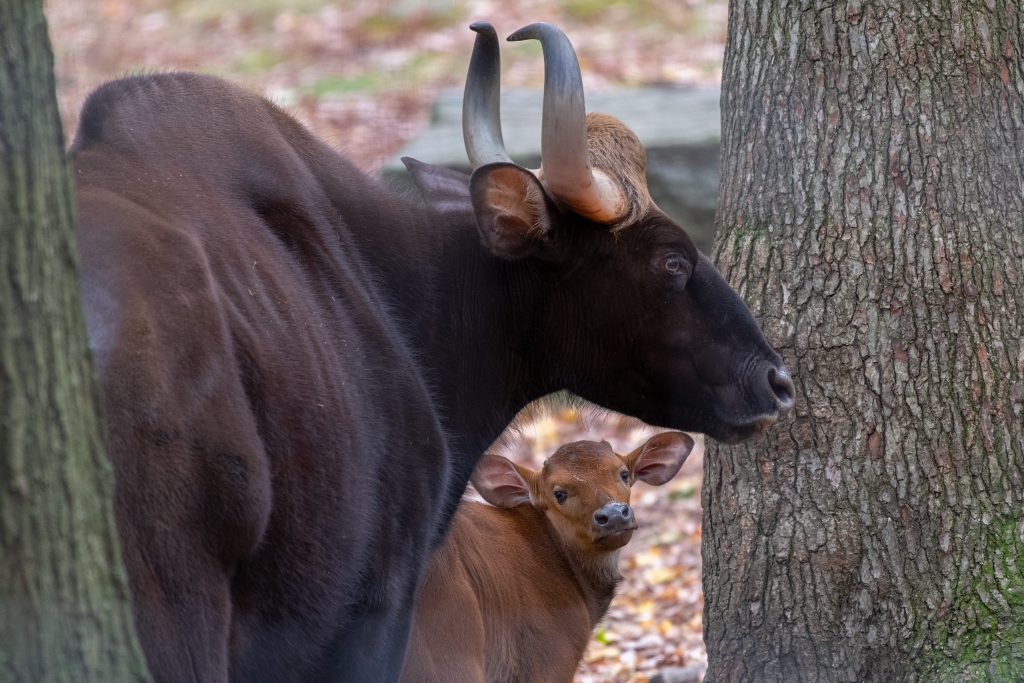 The Bronx Zoo has welcomed two new additions to their gaur exhibit during the COVID-19 pandemic.

While the zoo has been closed, two new female gaur calves were born. The gaur herd, which has 25 gaurs in total, has grown by seven calves (two males; five females) since the addition of a new breeding male in 2018.

Gaur are native to southeast Asian and are the largest wild cattle species in the world. The species is classified as Vulnerable by the International Union for Conservation of Nature (IUCN), and populations are decreasing due to human activity, and the Bronx Zoo has the only gaur breeding program in the Association of Zoos and Aquariums (AZA).

An update on the breeding program and give viewers a behind-the-scenes look at the calves will be featured on the May 30 episode of THE ZOO, which will air at 8 p.m. ET/PT on Animal Planet. The arrival of the bull from the San Diego Zoo Safari Park and its introduction to the herd at the Bronx Zoo was a featured story during season three of the show.

Past episodes of THE ZOO can be seen visit BronxZoo.com/THE-ZOO or stream episodes in their entirety online at AnimalPlanet.com or Animal Planet GO.

Check out the herd’s exhibit at the Bronx Zoo below:

‘It’ll never be the same’: Bay Ridge vigil memorializes those lost to COVID-19