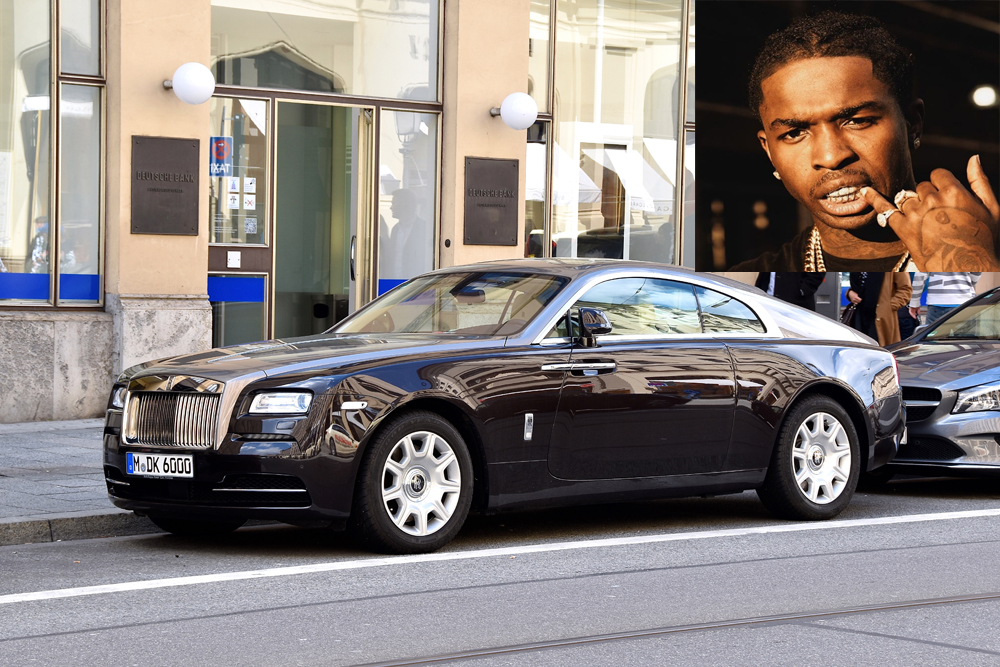 A black Rolls Royce Wraith, similar to the one pictured above, was allegedly stolen by Pop Smoke (inset). (Photo via Wikipedia Commons, inset via Facebook)

Bashar Jackson, 20, known professionally as Pop Smoke, was arrested on Jan. 17 and is awaiting arraignment before the federal courts in Brooklyn.

Sources familiar with the case told amNewYork that on Nov. 5, 2019, the owner of the car, who lives in Los Angeles, California, agreed to let Pop Smoke use the car in a music video in exchange for backstage access to a future concert, with the understanding that the car would be returned the following day. The next day, when the car wasn’t back, the owner allegedly could not get a hold of Pop Smoke.

The car owner activated the vehicle’s GPS, where it was allegedly in Arizona. The owner then reported the car stolen to the LAPD.

After Pop Smoke allegedly posted a photo of himself in front of the car at a New York City gas station on social media, sources say the NYPD was alerted about the stolen car. While the photo has since been deleted from Pop Smoke’s Instagram, sources confirmed that the alleged photo, see below, is still on Pop Smoke’s official Facebook page.

On Dec. 3, 2019, officers allegedly found the car in front of Pop Smoke’s Brooklyn home and the vehicle was subsequently returned to its owner.

On Jan. 17, 2020, Pop Smoke was arrested by the FBI in connection to the matter at JFK Airport after returning from France.