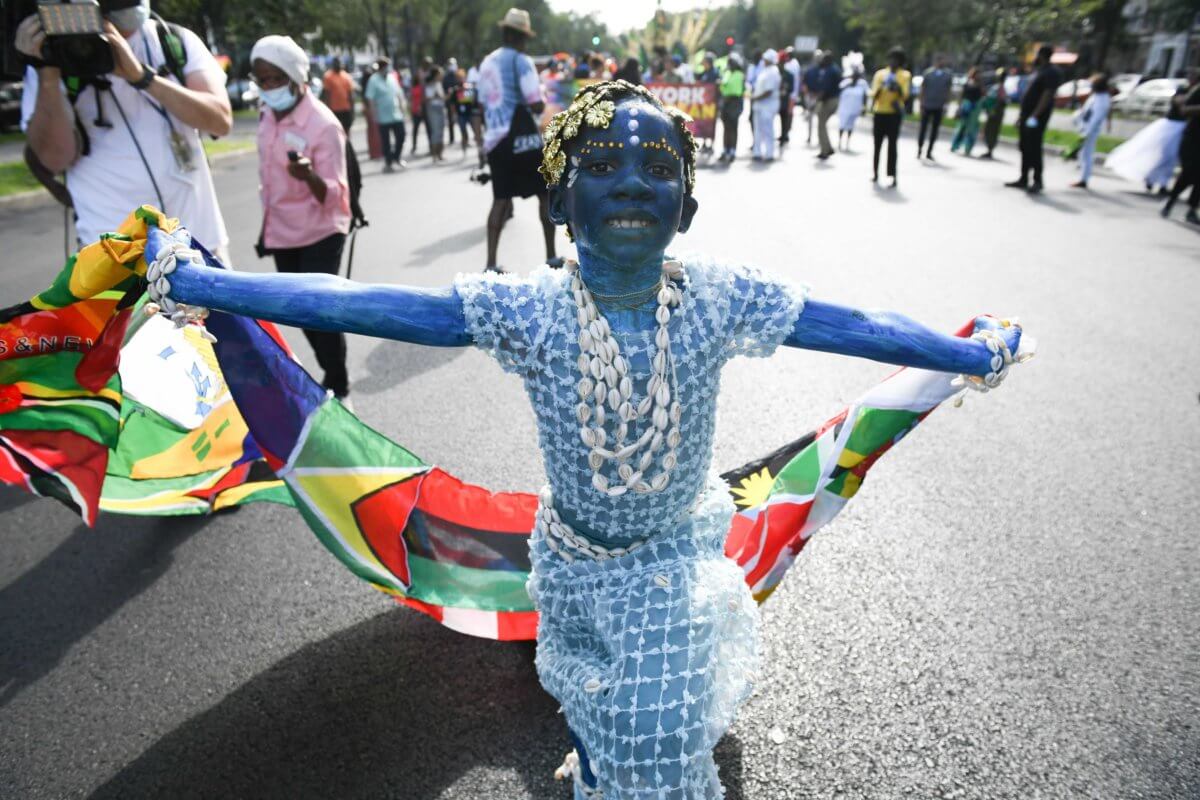 J’Ouvert and the West Indian Day Parade returned in a scaled-back format to the streets of Brooklyn on Labor Day, Sept. 6.

Organizers had originally called off the festivities last week due to a resurgence of COVID-19 infections, but groups — both official and unofficial — decided to celebrate Caribbean-American culture in smaller numbers, with steel band music and colorful costumes taking over Brooklyn’s Eastern Parkway.

“New York City is proud to be home to one of the largest West Indian populations anywhere,” wrote Mayor Bill de Blasio on social media Monday. “Today’s parade had to look a little different than in years past, but the strength and spirit of this vibrant community is as powerful as ever before.”

New York City is proud to be home to one of the largest West Indian populations anywhere.

Today’s parade had to look a little different than in years past, but the strength and spirit of this vibrant community is as powerful as ever before. pic.twitter.com/U8COyRZsF5

In the early hours of Monday morning, revelers took to the street to kick off the day’s carnival with some unsanctioned J’Ouvert celebrations in the borough.

Parade-goers of all ages flocked to the central Brooklyn thoroughfare in feathered garb and body paint.

On Aug. 30, organizers proclaimed that the events would not return in their full glory for the second year due to concerns of spreading the coronavirus, joining a growing list of annual parades that were called off amid rising COVID-19 cases, such as the Mermaid Parade in Coney Island.

After virtual parades in 2020, organizers pivoted to a hybrid format this year, with smaller events and some virtual happenings, all in the theme of rebirth to show optimism for next year when the party planners hope to bring back the events in full swing.

“I know we’re all disheartened by this, but unfortunately, our parade on Eastern Parkway is canceled,” said West Indian American Day Carnival Association Chairperson Michelle Gibbs at an Aug. 30 press conference. “But that doesn’t say that carnival is not going to continue.”