Through-service at Penn instead of Cuomo’s Empire Station not so simple: MTA, Amtrak 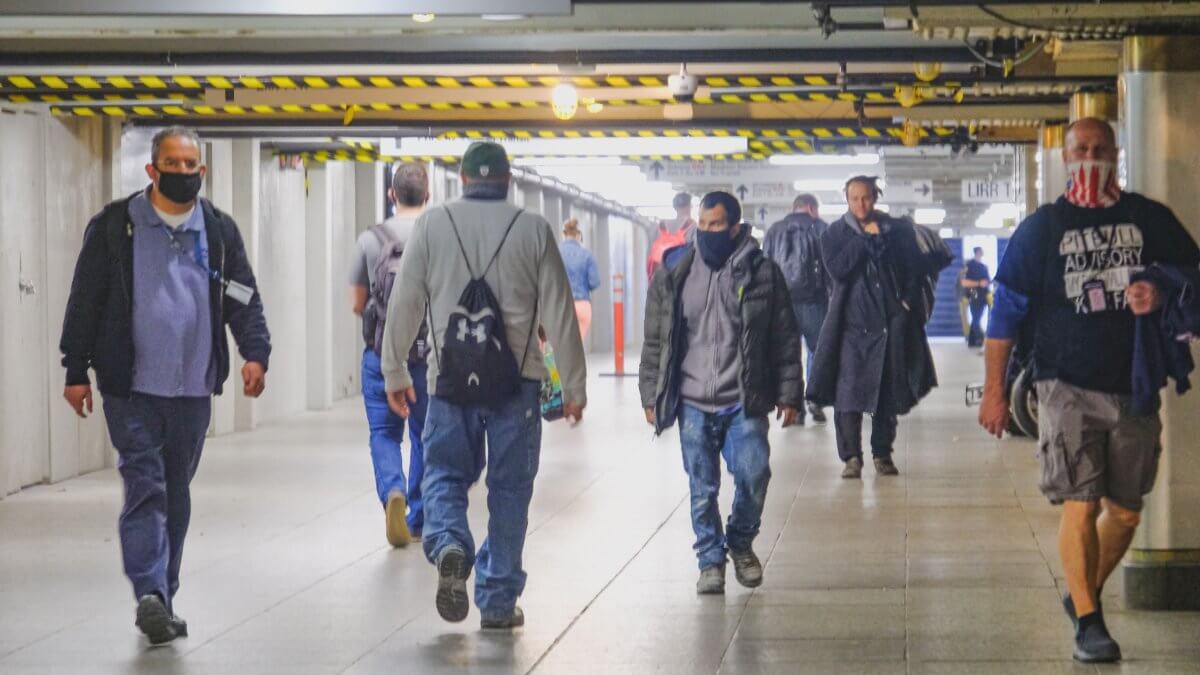 ReThinkNYC, which is among the opponents to the proposal to expand Penn Station to south by possibly demolishing buildings a block to the south, says the 40% increase in capacity is based on an obsolete transit template and should instead include through-service for Amtrak, New Jersey Transit and Long Island Rail Road.

Penn is currently the terminus for these three lines while the Metropolitan Transportation Authority continues its efforts to provide LIRR service to Grand Central via the East Side Access project which will double capacity from Long Island into Manhattan.

“There is no justification for the state not to be moving to a through-running platform. Through-running has been the emerging international norm since as early as the 60’s. While some proponents chortle privately that through running is a “unicorn” or something for Paris or London but not New York, their own responses make clear through-running is feasible. The only reason it is not being considered is its proponents steadfast refusal to look at the full economic and quality of life benefits which follow from through running to the entirety of the region.”

According to the organization, through-running service would increase capacity for 20% more NJ Transit commuters and nearly 50% more LIRR riders. MTA Spokesman Aaron Donovan, however, dispelled the notion that a more seamless system running from New Jersey through Long Island would be feasible without a prior expansion of Penn Station.

“The MTA, Amtrak and New Jersey Transit have studied through-running as part of the Master Plan for the expansion of Penn as part of the long-hoped for Gateway program. We have included plans for additional through running in the future in all he scenarios we are considering. But so far expert analysis indicates that this – like the many other paper plans we have seen from others – doesn’t obviate the need for additional tracks and platforms to accommodate the significantly larger number of trains that will be coming across the Hudson once the Gateway Tunnels are built.”

ReThinkNYC has overviewed their proposal on alternatives to redeveloping Penn Station through a series of videos on Vimeo and based some of their recent assertions on the matter of through-running service on a 2014 analysis by Amtrak that weighed the benefits and investments necessary to make the conversion.

One of the observations made by Amtrak at the time near the conclusion of the study was that through-running was: “technically feasible but would bring many operational challenges and likely require very large investments to make it reasonably successful.”

About $1.3 billion has already been set aside in the state’s fiscal year 2022 budget for the expansion to the south, something that has opponents concerned for the availability of housing in Midtown as well as historic features in the community such as the 150-year old St. John the Baptist Roman Catholic Church.