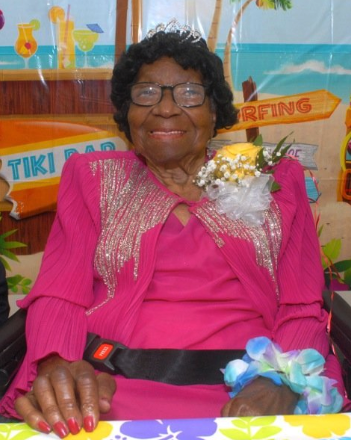 Harlem’s own Alelia Murphy, regarded as America’s oldest living person, passed away on Saturday, Nov. 23 after seeing drastic changes throughout the world over her 114 years, according to 1199 United Healthcare Workers East.

Born on the Fifth of July, 1905, in North Carolina, Murphy ended up calling Harlem home prior to the great depression and for many decades after, working as a seamstress, baker, and other professions in sales. She reportedly wasn’t a drinker, had a healthy diet (with a sweet tooth), along with good blood pressure and a heart rate too.

One of Murphy’s last hurrahs came on her 114th birthday over the summer; that’s when the Harlem State Office Building turned into a celebration for the ages.

According to 1199 United Healthcare Workers East, she died with family by her side. Her daughter, Rose Green was a member of the healthcare group which broke the sad news. She remarked that Alelia was “a gift from God.”

Funeral arrangements for Murphy will be held on Friday, Dec. 6, at the United House of Prayer for All People located at 2320 Frederick Douglas Blvd.