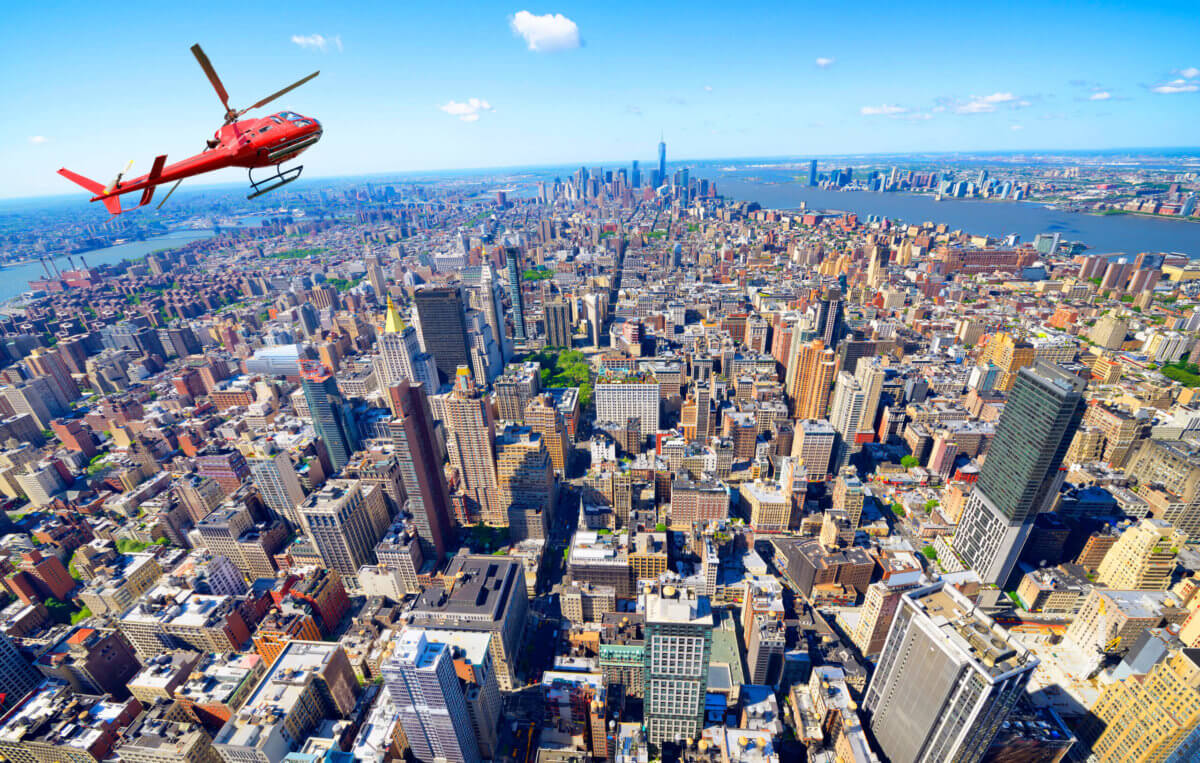 The proposed legislation prohibits non-essential flights from using the two city-operated landing pads and aims to crack down on the noisy and polluting aircraft swarming the skies of the Big Apple.

“Brooklynites shouldn’t be forced to suffer from severe noise and air pollution so a few people can get to the Hamptons or JFK faster or a few tourists can see Brooklyn Bridge Park from above,” Restler told amNewYork Metro in an interview.

Restler’s 33rd Council District covers the Brooklyn waterfront from Greenpoint to Brooklyn Heights, right across the East River from the busy Downtown Manhattan Heliport at Pier 6, and locals have for years been calling for an end to the racket caused by the whirlybirds carrying sightseers and well-heeled commuters over the New York Harbor.

“For a New Yorker hanging in the park, or sitting on their stoop, or chilling in their back yard it becomes unbearable when you have a tourist helicopter just parked up above,” the lawmaker added.

The bill would target companies that offer tourism trips or airborne commutes, but flights would still be allowed for the U.S. armed forces, emergency services, police and the fire department, as well as news helicopters.

Emergency landings would also still be allowed for all types of flights.

Every day around 160 non-essential helicopter flights take over Gotham’s airspace, according to Restler, who estimated his bill would cut about 4,000 trips a month from the skies.

The city controls the Lower Manhattan heliport and another one at E. 34th Street, while a third landing site at W. 30th Street — officially dubbed the “VIP Heliport” — is owned by the Hudson River Park Trust and subject to state regulation.

Since 2010, all tourism flights taking off from the city have been restricted to the downtown heliport, and the sightseeing trips are only allowed from Monday–Saturday 9 a.m.–7 p.m., according to EDC’s website.

The State Legislature earlier this month passed a bill making it easier for people to sue helicopter companies for noise, but the proposed law has yet to be signed by Governor Kathy Hochul.

The city’s airspace is regulated by the Federal Aviation Administration, and choppers can still take off from New Jersey and head over here, even if New York bans them on the ground.

Members of Congress have tried to tighten regulations at a federal level. Two bills by Rep. Carolyn Maloney from 2019 and last month have not made it out of committee.

Restler hoped that his legislation, if passed by the Council, could offer a blueprint for lawmakers in Albany to tackle recreational trips from the West Side outpost.

“If we can set a precedent for city-operated heliports, I am hopeful that the state will follow suit,” he said.

Council Member Lincoln Restler, fellow politicians, and advocates will hold a press conference for the bill outside City Hall on Thursday, June 16th at 9 a.m.

Guide to LGBTQ streaming in July