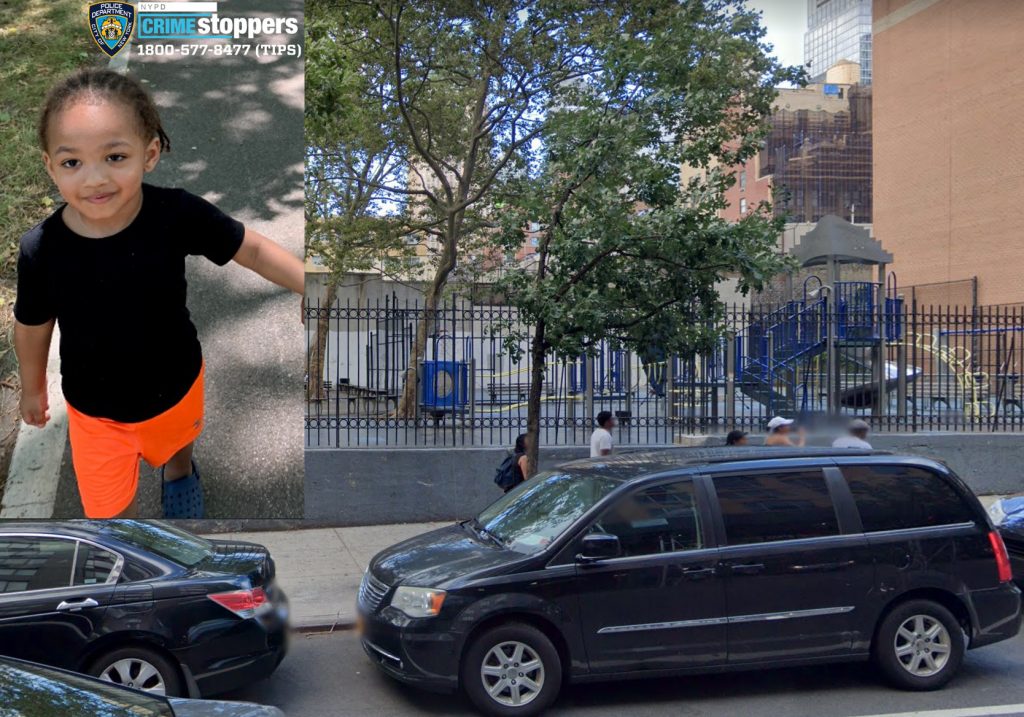 The 3-year-old boy who had been abducted by his mother’s ex-boyfriend from a Midtown Manhattan playground last week has been found safe and sound, police reported Sunday morning.

Majesty Brown, 3, was last seen playing inside the McCaffrey Playground on West 43rd Street near 9th Avenue at 5 p.m. on Sept. 10, law enforcement sources reported. He was reunited with his 22-year-old mother late Saturday, police reported.

According to police, the youngster’s mom had become embroiled in a verbal dispute with her boyfriend, identified as Dale Smith, 20. Sources familiar with the investigation said Smith is not the child’s father, but had been sharing babysitting duties with Majesty’s mother.

Following the argument, Smith allegedly took Majesty, without his mother’s permission, and fled from the playground.

The incident was reported to the NYPD Midtown South Precinct the following day after Smith did not bring Majesty back to his mother’s residence, law enforcement sources said.

Smith also has two tattoos: one that says “Dale” on his left arm, and another that says “Loyalty” on his right arm.

Anyone with information regarding their whereabouts is urged to call Crime Stoppers at 800-577-TIPS (for Spanish, dial 888-57-PISTA). You can also submit tips online at nypdcrimestoppers.com, or on Twitter @NYPDTips. All calls and messages are kept confidential.