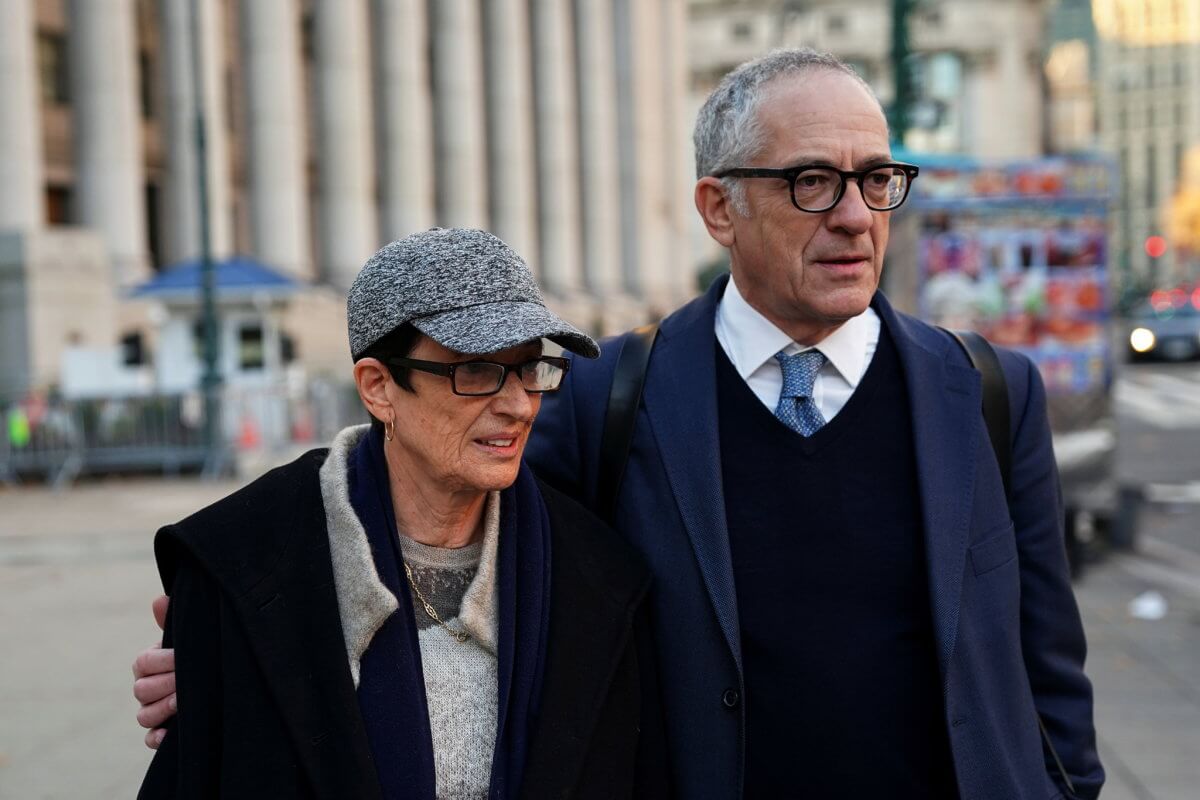 Kevin Maxwell and Isabel Maxwell, brother and sister of Ghislaine Maxwell, arrive at court during the fifth day of the trial of Ghislaine Maxwell, the Jeffrey Epstein associate accused of sex trafficking, in the Manhattan borough of New York City, New York, U.S., December 3, 2021.
REUTERS/Carlo Allegri

Ghislaine Maxwell’s defense attorneys on Friday began questioning a former Jeffrey Epstein employee who testified the prior day that he drove two girls who he believed appeared underage to the late financier’s Palm Beach estate.

Juan Alessi, who worked full-time for Epstein from 1991 to 2002, said at Maxwell’s sex abuse trial on Thursday that he saw the two girls spend time with Epstein and Maxwell at the property, where he recalled cleaning sex toys from Epstein’s massage room and storing them in Maxwell’s bathroom.

The British socialite’s attorney Jeffrey Pagliuca began cross-examining Alessi, 71, during the fifth day of testimony in the case. Pagliuca questioned Alessi about his admission to stealing money from Epstein, which Alessi on Thursday called the biggest mistake of his life.

Maxwell, 59, has pleaded not guilty to eight counts of sex trafficking and other crimes, including two perjury charges that will be tried at a later date.

Prosecutors accuse Maxwell of recruiting and grooming underage girls for Epstein to abuse, and say she participated in some of the encounters.

Her attorneys argue she is being scapegoated for Epstein’s alleged crimes since the globetrotting investor is no longer alive. Epstein killed himself in a Manhattan jail in 2019 at the age of 66 while awaiting trial on sex abuse charges.

Alessi’s account came after testimony earlier this week from one of the girls he said he saw at Epstein’s estate: A woman now in her early 40s testifying under the pseudonym Jane who said Maxwell set her up for abuse by Epstein while she was 14, 15 and 16 in the mid-1990s.

Jane is the first of four Maxwell accusers expected to testify in the trial. Maxwell’s attorneys questioned Jane about discrepancies between her testimony and earlier statements she made during interviews with law enforcement agents, and have said the women’s memories have become distorted over time.