Traders wear masks as they work on the floor of the New York Stock Exchange as the outbreak of the coronavirus disease (COVID-19) continues in the Manhattan borough of New York, U.S., May 27, 2020.
REUTERS/Lucas Jackson/File Photo

All hopes for next year – everything from stock market returns to restaurant bookings – are bound up with the view that vaccines will gradually restore normality to a pandemic-ravaged world.

The end of the holiday season should lend momentum to vaccine rollouts. The United States, Russia, Britain and the European Union have started inoculations, while developing countries are testing storage and transport facilities.

But there could be more pain before the gains kick in.

As hospitals from London to Los Angeles overflow amid the emergence of a fast-spreading COVID-19 variant, tighter lockdowns, travel bans and remote schooling look inevitable, meaning the setbacks seen to economic growth at the end of the year could extend into January. 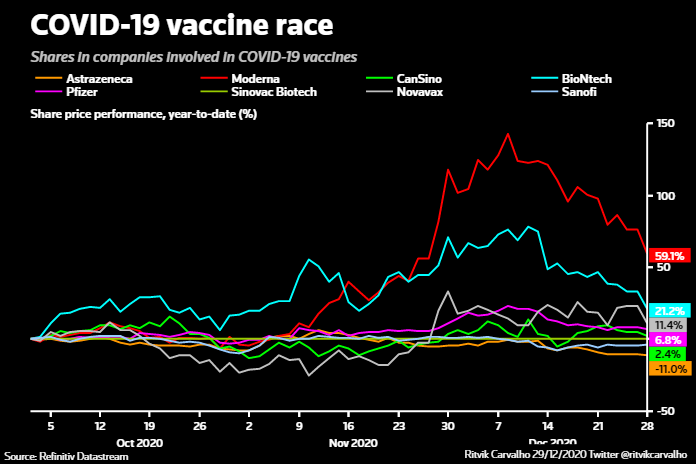 On Monday, Europe will see its biggest transfer of share trading in over two decades after Britain’s automatic access to the European Union’s financial markets ends on Dec. 31.

While the Brexit trade deal agreed on Christmas Eve set rules for industries such as fishing and agriculture, it did not cover Britain’s finance sector, which will soon get its first taste of the new regime.

Years of preparations since the 2016 Brexit referendum mean the transition of euro-denominated shares and derivatives from Britain should go smoothly. Still, it will be a test for the interest rate derivatives market – the Bank of England has warned of disruptions to swaps trading worth $200 billion.

Regulators have mostly downplayed risks, but they will be on high alert nonetheless. Once the “big bang event”, as described by one industry executive, is out of the way, markets can focus on the longer-term implications for the City of London. 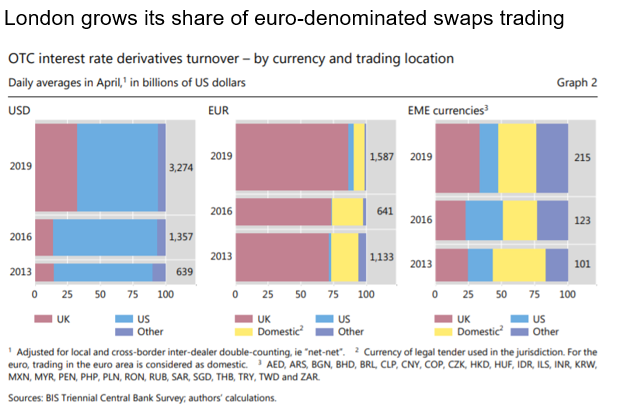 Joe Biden won Georgia’s 16 Electoral College votes to cement his U.S. presidential election victory. Now his fellow Democrats Raphael Warnock and Jon Ossoff are hoping to win the two Senate seats up for grabs in the state on Jan. 5.

If the Republicans win one or both seats, they will retain their Senate majority, enabling them to block Biden’s legislative goals.

Markets interpreted the Nov. 5 election outcome — a Democrat presidency and Congress, or lower house, alongside a Republican Senate or upper house — as the best of both worlds, allowing big-ticket stimulus while blocking tax hikes and tighter regulation.

Many fret that a Democrat win in Georgia will disrupt that balance, threatening the Santa Claus rally. The Santa rally — equity moves in the last five trading days of December and the first two of January — has lifted Wall Street in 55 of the past 74 years.

The rally hasn’t faltered yet. But as the Georgia vote nears, investors may judge it wise to take some chips off the table.

Vaccine optimism has propelled crude prices 6%-8% higher in December, in a positive end to a year that actually saw U.S. futures turn negative in April. Now the focus is on the (virtual) Jan. 4 meeting of OPEC+, the Organization of the Petroleum Exporting Countries and its allies.

Having implemented a record 7.7 million barrels-per-day supply cut to stabilise prices, OPEC+ backed away in December from plans for a 2 million-bpd output boost. Instead, it upped production by 500,000 bpd and agreed that further monthly adjustments would not exceed that amount.

Russia has indicated that it will support another 500,000 bpd production increase from February, despite concerns from some other members in the alliance the move was premature.

The latest pandemic wave has not hit oil prices significantly but expect the supply (and demand) issue to be hotly debated. 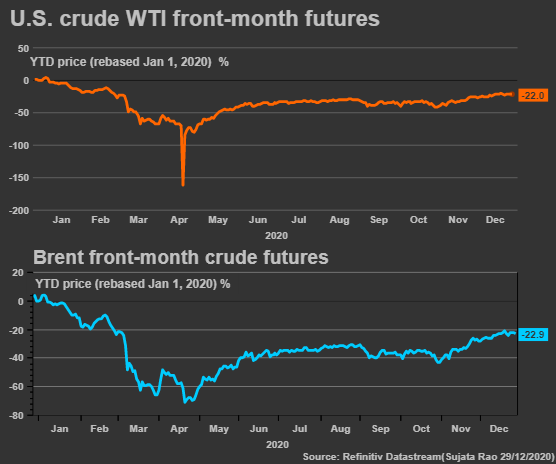 The first major U.S. data point of 2021 will be Friday’s jobs numbers, which could show a slowdown in the pace of hiring.

November data already indicated the employment market was losing steam, with 245,000 new jobs added, the fewest in six months. For December, expectations are for an even smaller 159,000 gain.

As of November, the economy had recouped only 12.4 million of the 22.2 million jobs lost in March and April.

Bank of America analysts forecast non-farm payrolls growth of just 50,000, leaving unemployment unchanged at 6.7%. They note “concerning signs” in the labour market, attributing them to renewed pandemic-linked restrictions on businesses. 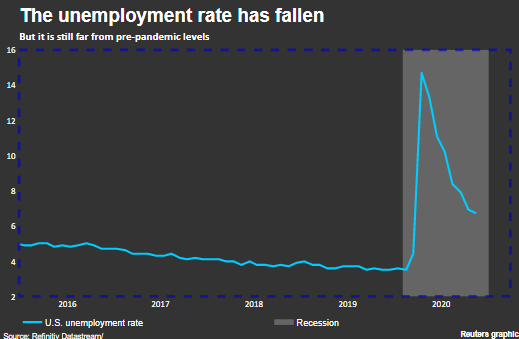