Edwin Diaz available for Game 3 despite uncommon outing Saturday vs. Padres: ‘We had to win this game’ 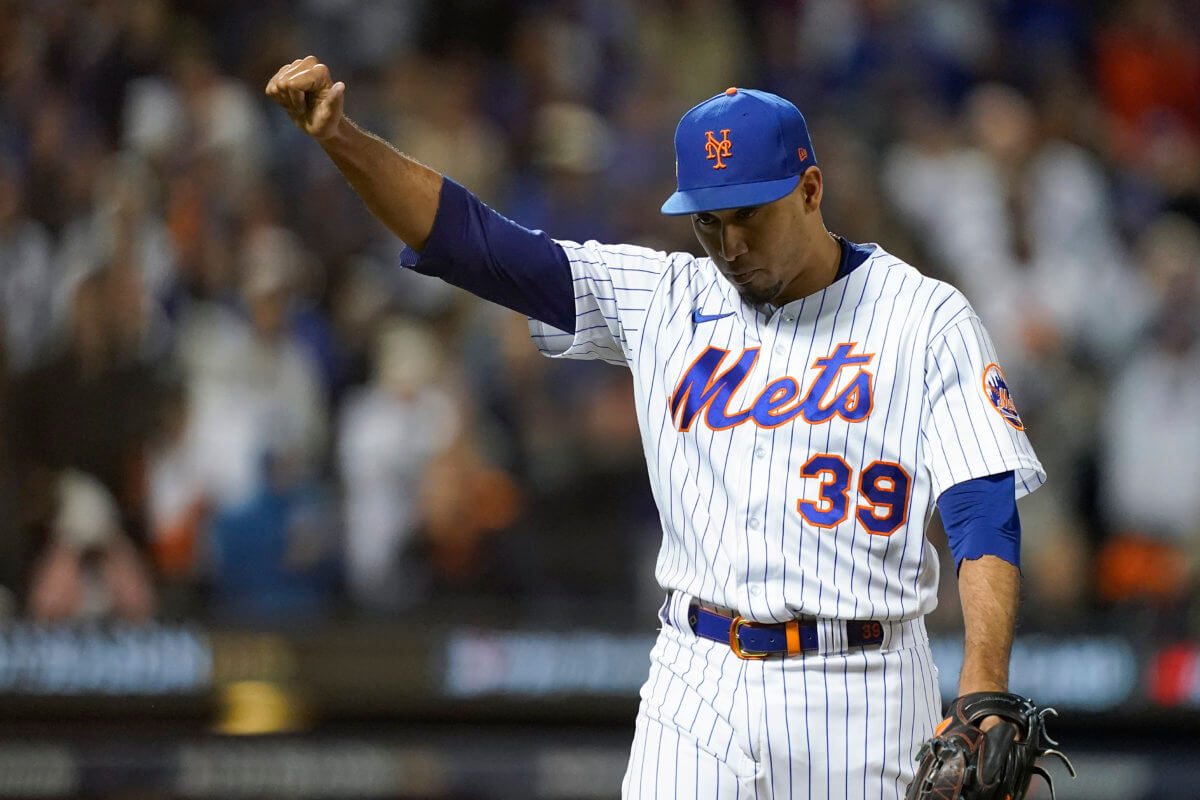 Nursing a 3-2 lead heading into the seventh inning in Game 2 of the National League Wild Card Series following six gutsy innings from Jacob deGrom, Mets manager Buck Showalter called upon his superstar closer for the bottom of the San Diego Padres’ order — mainly Trent Grisham, who hit his second home run in as many days earlier in the evening.

“The whole idea when we brought him in was that Grisham was hurting us,” Showalter said. “A certain part of it was going to set things up better for the rest of the bullpen.”

“I was ready,” Diaz added about his early call. “They let me know before the game what their plan was with me. I get to the bullpen early and I was ready to get the call from Buck.”

Working around a one-out single to Austin Nola to get through the seventh unscathed, Diaz was forced to wait 45 minutes while the Mets put the game away with a four-run seventh inning in what seemed like enough to end the closer’s night after throwing 19 pitches. Especially with a winner-take-all Game 3 suddenly within a finger’s reach.

Diaz came back out for the eighth inning where he recorded the first two outs before making way for Adam Ottavino.

“We had to win this game,” Diaz, who stayed loose by throwing to catcher James McCann in the batting cages just inside the Mets’ dugout, said. “If they asked me for more I was ready.”

“He was good,” Showalter added. “He was after me to finish the eighth.”

In total, the fireballing right-hander threw 28 pitches — tied for the second-most he’s thrown in a single outing this season. He had three days rest after throwing 35 pitches on May 19 and four days rest after tossing 28 on June 12.

There’s no such luxury in the postseason, especially with the Mets’ season hanging in the balance on Sunday night in Game 3.

Both Diaz and Showalter confirmed that the closer would be available to work, though it remains to be seen if he can go multiple innings again.

“Let’s see how I feel,” Diaz said. “I will feel great because I feel great every time so if they need me for more than three outs, I’ll be ready.”

For more on Edwin Diaz and the Mets, visit AMNY.com