Expect a more aggressive Jordan Eberle down the stretch for Islanders 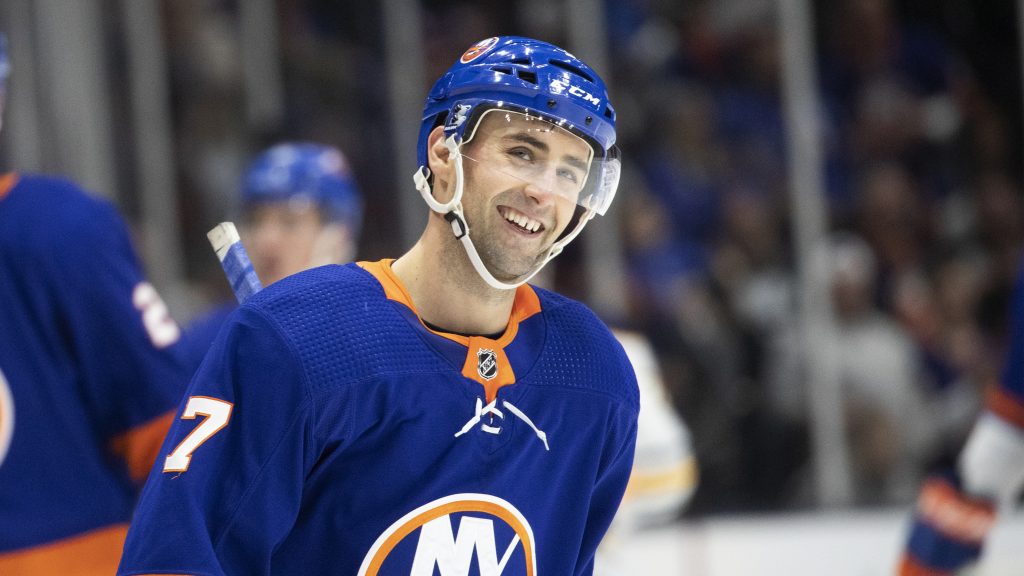 Jordan Eberle isn’t a greedy hockey player, but he’s coming to the realization that he needs to start looking out for the old No. 1 a little more often.

It’s been anything but a fruitful first half for the New York Islanders’ winger, who has struggled to consistently produce in the first season of his five-year, $27.5 million deal. Through 32 games — he missed 10 earlier this season due to a leg injury — he has four goals to go with 14 assists.

His latest goal came on Tuesday night in a 4-3 victory against the Devils to break a 10-game goalless drought, which looks to be a clear signal that the Islanders are going to see a more aggressive Eberle moving forward.

“More than anything too is that I’ve been passing a lot, giving up shots, and trying to give guys layups which is great,” Eberle told AMNewYork Metro. “But sometimes, you have to score goals yourself.”

“I have four goals and 14 assists so I just want to start shooting the puck more. That’ll help.”

For a player that has failed to score fewer than 20 goals in all but three of his previous nine NHL seasons, Eberle passes the halfway mark of the 2019-20 campaign on pace for fewer than 10.

While he’s not a numbers guy, Eberle can’t help but notice the disparity in his stat line.

“Hopefully, the percentages switch the other way,” he said. “If you look at my shooting percentage over my career, it’s been 12. I think I’m sitting at like, four right now.”

The struggles to find the back of the net have headlined the Islanders’ sputtering offense, which ranks 12th out of 16 teams in the Eastern Conference. Not exactly the kind of numbers expected from one of the top-four teams in the NHL, but that was always expected to be a byproduct of Barry Trotz’s defensive system.

“With this team, too, we’re trying to focus on playing well on the defensive side of the puck,” Eberle said. “When you do that, you’re not cheating for offense.”

Still, the Islanders’ arid attack hit its largest speed bump of the season after the New Year when they scored just two goals in a three-game stretch that included losses to the last-place Devils on Jan. 2 and the rival Toronto Maple Leafs.

“I’ve had a lot of chances in the last six or seven games,” Eberle said. “Going back to the Toronto game, I had six or seven shots and they were quality ones.”

If the Islanders are true Stanley Cup contenders, Eberle is going to have to be one of those guys that helps carry the offensive load down the stretch.

“If you look at Ebs’ career, he has been a guy who will get hot and get his goals and there will be times when he gets a little cold,” Trotz said. “That’s sort of been his DNA for a little bit. I’m hoping he gets hot for us.”

It’s more than possible that he will, too. Islanders fans have seen how quickly he can get hot during the first round of last year’s postseason against the Pittsburgh Penguins when he notched four goals in four games to pace New York’s upset sweep.

“You’re bound to get hot, things start to lean the other way. It’s just kind of how it works,” Eberle said. “As long as you keep shooting the puck, keep creating opportunities, the puck is bound to go in. It’s just the math of it. “