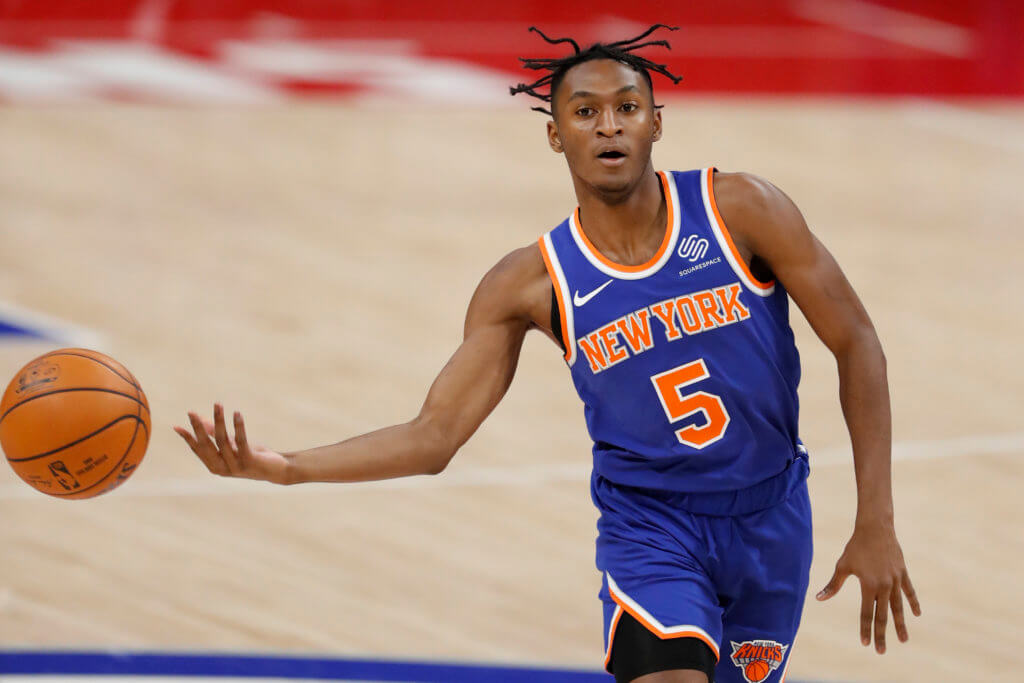 In the grand scheme of things, what is a preseason matchup between the New York Knicks and Cleveland Cavaliers?

Normally, a meeting between two of the bottom teams in the Eastern Conference wouldn’t even move the meter in the regular season. That’s just how it goes given the previous incompetence of the Knicks over the last 20 years and the Cavaliers both pre-and-post LeBron James.

But in the midst of the mundane on Wednesday night, something promising came out of the brush for the Knicks.

After playing a dreadful three quarters, trailing 80-66, the Knicks turned to their youngsters who proceeded to go on a dominating 34-13 run in the final 10 minutes to come away with a 100-93 win.

All five had a plus/minus rating of at least a plus-8 with the rookie Quickley leading the pack at plus-19.

The rookie out of Kentucky is quickly suggesting that the Knicks got a steal with the No. 25 pick — and potentially, finally, their point guard of the future.

So much for those draft analysts who thumbed their noses at the Knicks for taking Toppin at No. 8 and Quickley, who was originally projected to go in the second round.

His statline doesn’t suggest that he had an overwhelmingly brilliant game, shooting just 3-of-11 from the field with nine points and seven assists in 25 minutes of work. But the guard once slated to perform as a 2 seamlessly ran the point on Wednesday.

“I thought Quick was terrific — ball pressure, the fact that he can shoot the way he can, it opens up the floor,’’ Knicks head coach Tom Thibodeau said (h/t New York Post).

The performance was a pleasant surprise to everyone but Quickley, though, who expects to be a major player in the Knicks’ conversation at point guard this year and beyond.

“I’ve been a point guard all my life. I feel I’m versatile playing off the ball, on the ball,” Quickley said. “I feel like, coming in, I was trying to tell all the NBA teams that I’m somebody who just happened to play off the ball at Kentucky that one year, my sophomore year. I can really do both. And I’m glad the Knicks picked me. I’m glad to be here. The fans are great. So I just feel like I can really do both.’’