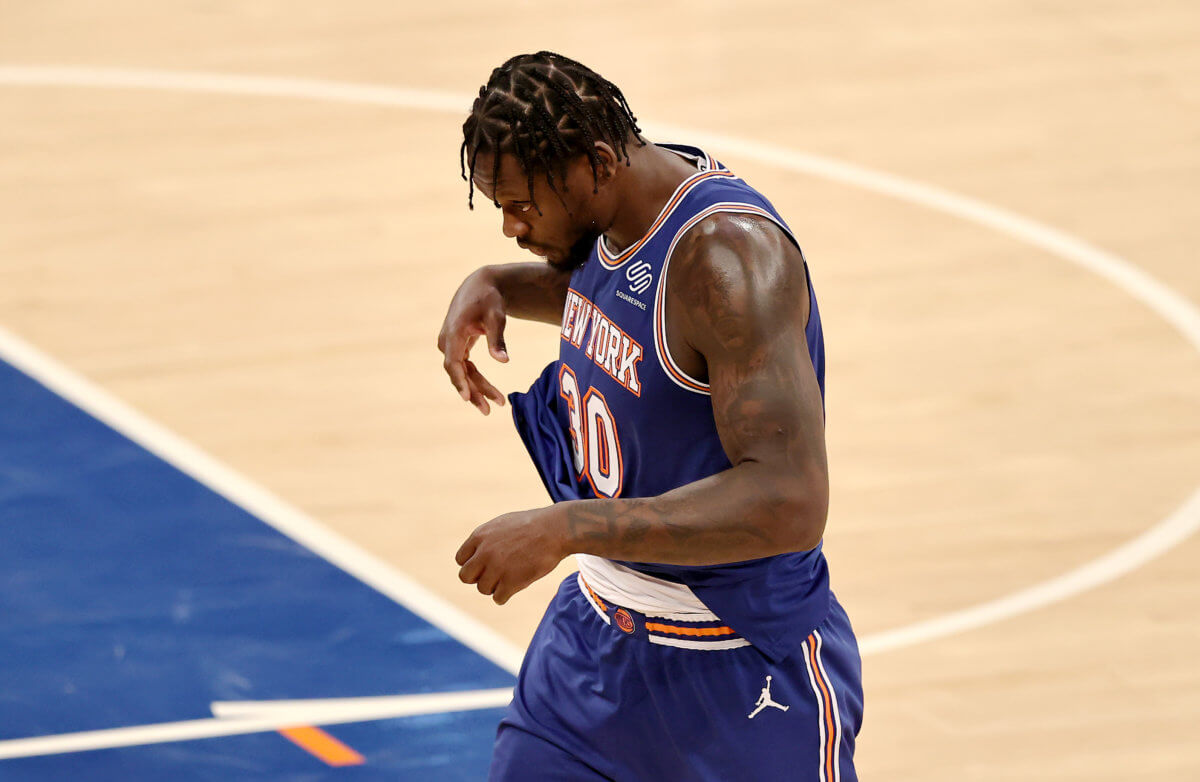 The streak is done, but that nostalgic feeling of entertaining Knicks basketball isn’t going anywhere — at least for the remainder of this season.

New York’s nine-game winning streak came to a deflating end on Monday night after blowing a pair of 15-point first-half leads to the Western Conference’s No. 2 seed, the Phoenix Suns, who schooled the Knicks on how to close out big games down the stretch in a 118-110 decision.

A win not only would have kept the Knicks’ slim lead over the Atlanta Hawks for fourth place in the East intact, but it would also have tied the sixth-longest win streak in franchise history; an unthinkable scenario when preparing for the 2020-21 season — or the previous six seasons before that.

Now with the air somewhat deflated with that streak coming to an end, the Knicks host the Chicago Bulls on Wednesday night (7:30 p.m. ET) before a six-game road trip takes them to Houston, Memphis, Denver, Phoenix, and Los Angeles to play both the Clippers and Lakers.

Certainly a daunting trip, but head coach Tom Thibodeau has instilled the simple workman-esque message that has transformed the Knicks from bottom-dwellers to lovable blue-collar squad.

“Just get ready for the next one,” Thibodeau said after the streak snapped Monday night. “Come in, watch film, make corrections. The games keep coming and we didn’t play as well as we could have… That being said, our guys have been fighting all year.

“Tip your hat [to the Suns] and you just have to get going again.”

All-Star forward Julius Randle, who had his hands full against an active Suns defense that limited him to 18 points on 6-of-17 shooting from the field, was a bit blunter.

While Randle’s performance was an eyebrow-raiser just because he had been so strong this April — he averaged 27.3 points, 9.4 rebounds, and 6.8 assists over the previous 13 games this month — Thibodeau is looking at the star’s performance more as an anomaly rather than the Suns unlocking the secret to shutting Randle down.

“Teams have put size on him, they put small guys, they come on the dribble, they come on the pass, he’s seen it all,” Thibodeau said of Randle. “The thing is, the level he’s played at throughout this month, he’s had an incredible month. So he’s going to have a lot of attention which requires a lot of energy when you’re virtually double-teamed on every play.

“As I’ve mentioned every time, he’s in incredible shape, he’s our engine, we have a lot of confidence in him.”

All Randle would offer was that what the Suns threw at him “wasn’t anything really different.”

While the loss was humbling, it only continued lending the rather inexperienced Knicks a look at what playoff basketball will be like this season.

“I would [say it had a playoff feel],” Thibodeau said. “The thing is when you’re playing high-quality teams, that’s what you’re facing.”

“Tonight for sure was a playoff atmosphere,” veteran point guard Derrick Rose said. “That intensity that both teams showed, the physicality on both sides, it was a playoff game. Not only this game but the last couple of games we played.

“Thank God we’ve been playing our best basketball toward the end. I think that getting into the playoffs, we want that type of situation.”

They’ll get just that down the stretch as a solid performance against the 11th-place Bulls.

“We have to have amnesia and a sense of urgency to go out and play at the level we play,” Rose said. “We just have to try and get better every game. [Losing] hurts for sure, losing a close game like [Monday’s] but we could take some lessons from it and keep growing as a team. I think this is going to be for the betterment of the team.”