MLS champs NYCFC to be honored at City Hall Tuesday 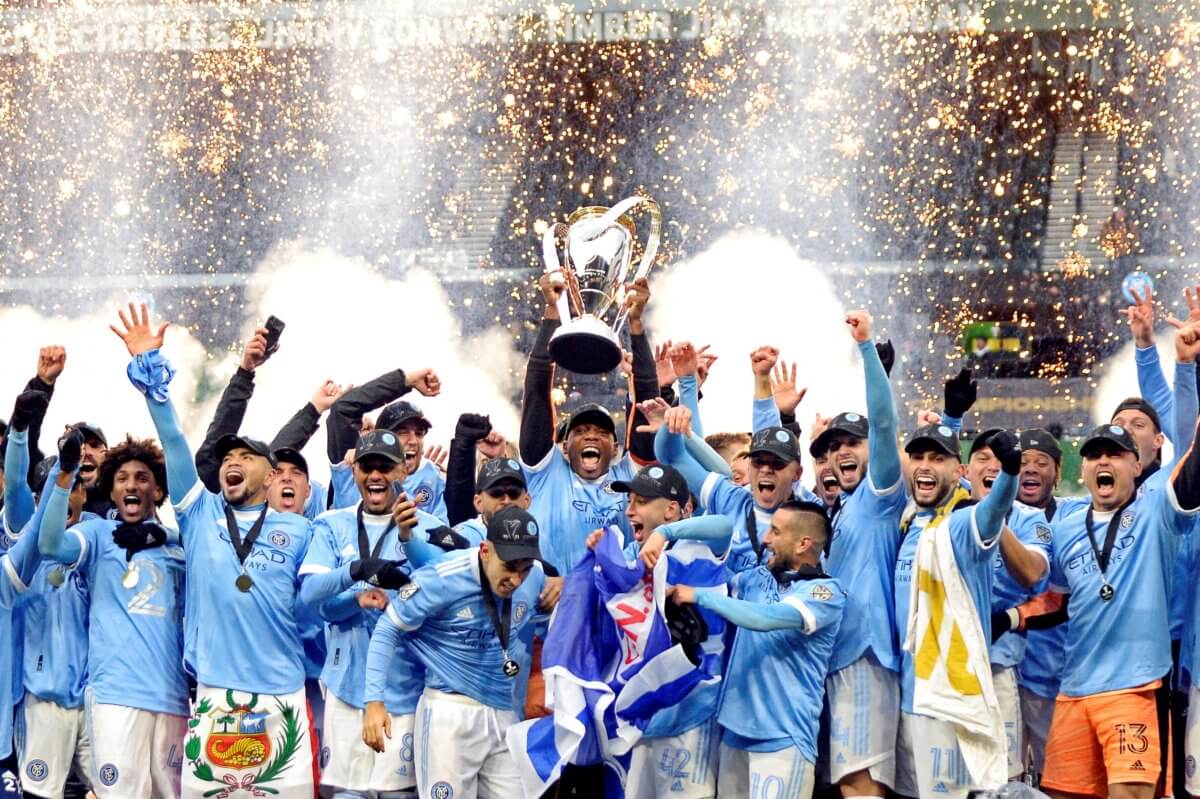 “Congratulations to NYCFC, the champions of Major League Soccer, bringing the glory home to New York City,” de Blasio said. “That team showed so much determination, so much fight. We’re going to celebrate this amazing team and all they mean to this city.”

NYCFC defeated the Portland Timbers in enemy territory on penalties to break a 1-1 draw to win their first-ever MLS title. Goalkeeper Sean Johnson made two vital saves in the shootout after Portland tied the game with the final kick of regulation time.

“As a New Yorker, that made me so proud,” de Blasio said. “A team that had a win punched out of them… rallied, stuck with it, perseverance, grit — all the great New York qualities were shown by the players of NYCFC.”

The celebration will begin at 12 p.m. ET. Fans interested in attending can purchase tickets at eventbrite.com beginning Monday on a first-come, first-serve basis.

Masks and proof of vaccination are required to attend.

“We’re thrilled to be honored by the City of New York in celebration of our big win,” NYCFC released in a statement. “We are excited to celebrate with fans and the Mayor and First Lady at City Hall.”

“It’s such a special feeling for me, being a local New Yorker, to bring a trophy back to this city and to end the New York drought,” NYCFC midfielder and Rye, NY native James Sands said. “We’ve had a lot of good celebrations because I think we deserve it, our fans deserve it, and our city deserves it.”