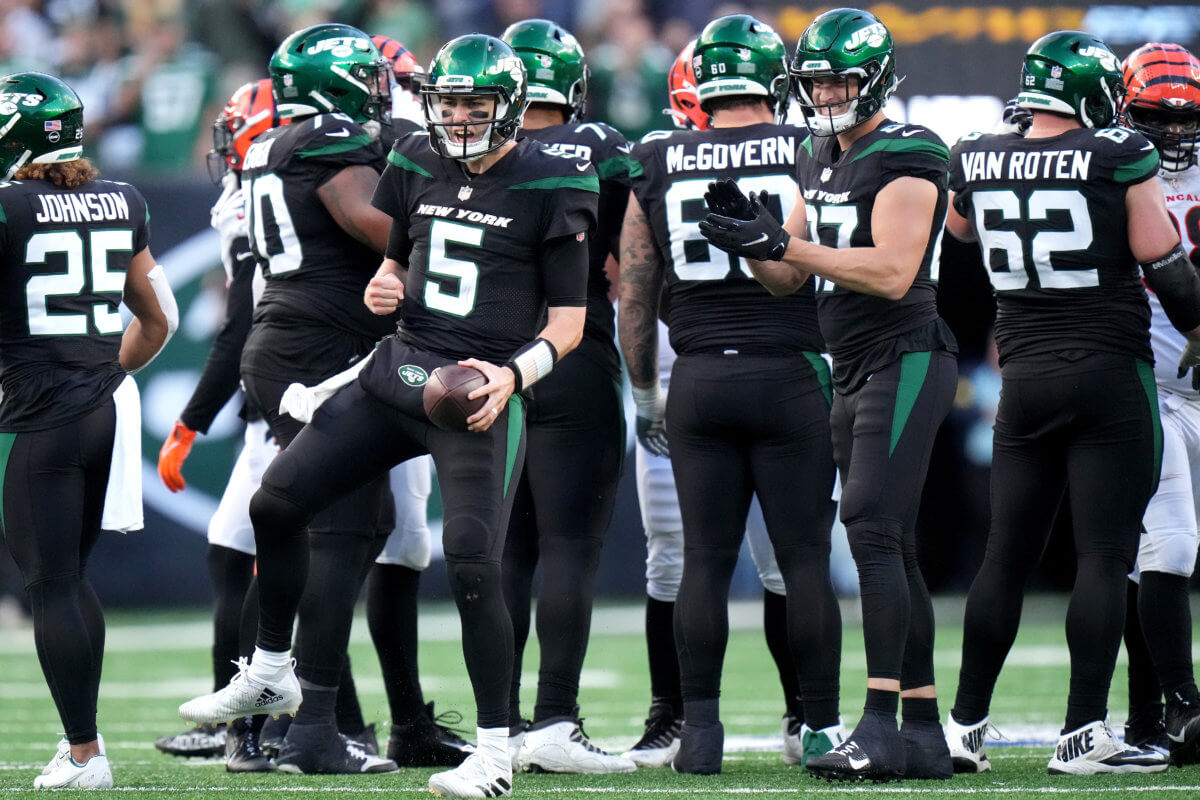 Instead, the NFL world will get an exclusive look at Mike White — the backup who is suddenly the franchise’s temporary savior after his massive performance in an upset win on Sunday against the Cincinnati Bengals.

In his first career start against one of the better defenses in the league, the 26-year-old became the first Jets quarterback in 21 years to throw for over 400 yards in a game while adding three touchdowns.

He also did what Wilson and the Jets’ offense had not been able to do all season, which is succeeding in the first quarter after directing an opening-drive touchdown march. White also started Sunday with 11 consecutive completions  — the longest streak by any quarterback in his first career start since 1978 — while directing the Jets’ offense to their first 30-plus-point output since the 2019 season.

It was good enough to win him the AFC’s offensive player of the week, which was announced on Wednesday.

“We’ve been blessed to be around some of the great players in this league and Mike is fantastic,” Jets head coach Robert Saleh said of White. “He’s poised. He was throwing it all throughout camp and throughout OTA’s that he deserves to be one of those guys. Obviously, he showed it.”

Now White will try to follow it up against an Indianapolis Colts team that is coming off a brutal overtime loss to the Tennessee Titans that has sparked speculation on whether or not quarterback Carson Wentz is the right man under center for the team.

The former Eagles quarterback threw a ghastly interception from his own end zone during the fourth quarter of that loss, the lowest point of a season that looks good enough on paper. Wentz is completing 62.2% of his passes for 1,926 yards with 14 touchdowns and three interceptions.

He’s leading an offense that ranks 11th in the NFL, which suggests that they can have a successful night against a Jets defense that has allowed the fourth-most points in the AFC.

That could mean another big game from White will be needed to keep the Jets in it against a Colts defense that has allowed the second-most passing touchdowns in the NFL this season.

Surely a promising notion that White could have another successful night, but he’s going to have to do it on short rest.

“We’re going to go out there with the same exact mindset,” White said. “I know it sounds corny, but it’s the truth. Coming in today, we had the same mindset as we did last week coming in after the Patriots game… With a short week, there’s a lot of work to be done in a little amount of time. It helps after a win because guys are in a great mood and the energy in the building is better, but there’s still work to be done and that was the mindset coming in today.”