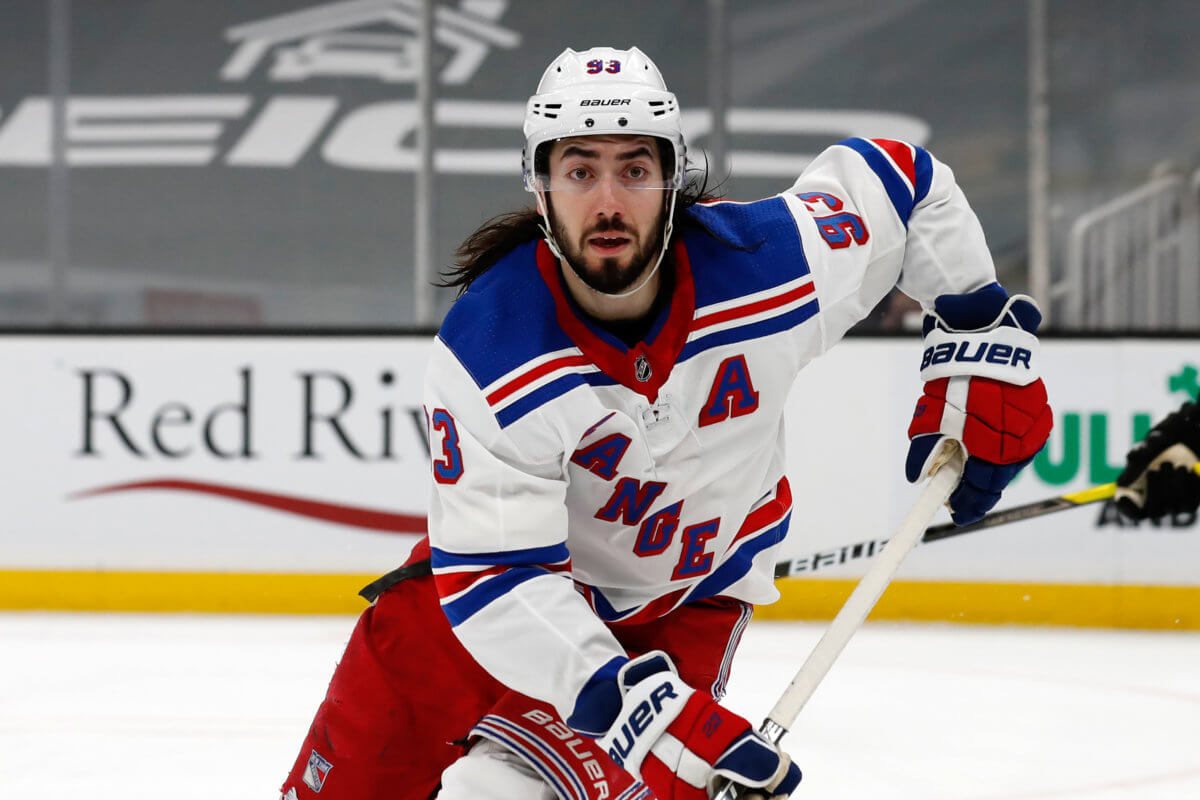 The New York Rangers and center Mika Zibanejad have agreed to an eight-year contract extension, the team announced Sunday. Per Larry Brooks of the New York Post, the new deal carries an approximate average annual value of $8.5 million.

“Since joining the team in 2016, Mika has emerged as one of the premier players in the NHL,” Rangers president and general manager, Chris Drury, said. “In addition to being a great player on the ice, Mika is an exemplary person off of the ice. We are fortunate to have him as part of our Rangers organization and are excited that he will continue his career in New York.”

Zibanejad’s original contract was poised to expire at the end of the 2021-22 season with this new deal eliminating any lingering inclination that the 28-year-old’s future isn’t with the Rangers.

The Swede’s name had often been a part of hypothetical trade talks, mostly centered around the potential acquisition of injured Buffalo Sabres superstar Jack Eichel.

After a career year in a shortened 2019-20 when he recorded 41 goals in just 57 games, Zibanejad experienced a noticeable dip in production last season that was sparked by a miserable start to the campaign in which he posted just two goals in his first 22 games.

He was still able to rebound and put together a strong season, posting 24 goals and 26 assists (50 points) in 56 games.

Zibanejad was acquired by the Rangers for the 2016-17 season and has scored 136 goals during that span. Over the last four years, he’s averaging 30 goals per season.